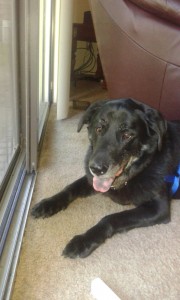 One journey comes to an end and another one is just beginning for Roscoe.

It all started on June 10, 2010 when we found him at the Macomb County Animal Shelter.   He had been there for 2 months waiting for someone to adopt him.  Fortunately for him the officers and employees fell in love with him and were able to house him until we came along.   I remember the day I saw him, he was in his run looking at me wagging his little stub of a tail.   At that time he weighed over 100 lbs, about 20 lbs. over what he should be.

From the Macomb County Animal Control he moved on to live with his foster parent, Ken.   Ken took Roscoe to the veterinarian where he was examined, heartworm tested, vaccinated and “prepped” for adoption.    Even though he was a senior dog, we figured he would be adopted fast because of his good nature.  Well, on this long journey we discovered 2 things:

1.   He HATES cats, rabbits and other small animals and would not be able to live with them.
2.  He doesn’t work and play well with other dogs.

Soon we were taking him to adoption events to get him in front of the public, hoping that his perfect family would come along.   Thanks to dedicated volunteers, Sherry P. and Sandy M., he was seen by many people.   They would pick him up from his foster home and bring him to these events.  Sherry’s mom would make him cute outfits for him to wear at different times of the year.  Sandy made him a tuxedo to wear, making him more handsome than ever.

Roscoe had a few families interested in him  but because of his dislike for cats, we knew it wouldn’t work.    Our goal is to place an animal in its forever home, not in a maybe home for a few months.   The volunteers kept at it, talking to everyone and anyone who might be interested.   I can’t tell you how many Roscoe flyers were passed out.    During this time he was also posted on www.petfinder.com in hopes that someone would see him on that website.

Well, much to my surprise, a call came into the office.    Roscoe was found on Petfinder by a couple and they were interested in meeting him.   We talked extensively over the phone for a week; they were learning about him and I was learning about them.   You can learn a lot about people by talking to them and listening.   The more you listen, the more you learn.   I liked what I heard, their household sounded like the perfect one for Roscoe!   It just happened that we were scheduled to attend a PetSmart/Michigan Humane Society Tent Event  so I suggested that they drive down from Imlay City to do a meet/greet with him.   It was love at first sight for all involved!   Larry and his wife fell in love with him, you could tell by the way they were interacting with him.   There were lots of hugs and kisses given to Roscoe.   In return, Roscoe was very much interested in them.    He leaned closer to both of them, allowed the hugs and kisses and responded to everything they were saying to him.   If its one thing we know about Roscoe, he is a good judge of character.   If he didn’t care for someone, he would walk away from them or seem disinterested.    Not with his new parents, he acted like he knew them his whole life!  They stayed for awhile, spending quality time with their future son.   It was hard for them to leave that day without him but they knew he would be in their household soon.    Finally after all the paperwork, the home visit, etc.  Roscoe is now part of their family.

Thank you to everyone who helped to make Roscoe’s adoption a success:

Macomb County Animal Shelter – for taking him in originally  and giving him a chance at a better life.

Ken N. – for being Roscoe’s long term foster dad.  Without Ken, this wouldn’t have been possible.   The time, money and effort that Ken puts into his foster animals is unbelievable, he is a hero to many animals! 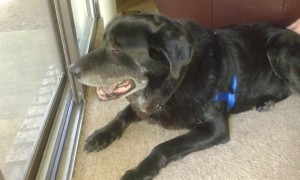 Sherry P. – for her tireless quest to find Roscoe a new home.  For almost 1.5 years she would take him every 2 weeks to an adoption event in hopes that the right family would come along.    Sherry and her mom would make the cute costumes for him in the hopes that it would help attract that special family.

Sandy M. – for her tireless quest to find Roscoe a new home.   Even though she wasn’t his principal handler at adoption events, Sandy would help out by spreading the news about Roscoe.  She passed out flyers, filled in when Sherry P. couldn’t attend an event and made him a few costumes as well. 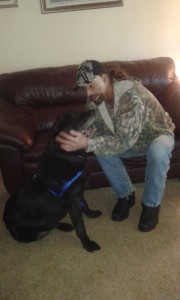 Moore Veterinary Hospital – for providing Roscoe’s medical care for the last 2 years.  Without their generosity, animals like Roscoe would not have a 2nd chance at life.

Michigan Humane Society/PetSmart – for providing the tent adoption event that allowed us to showcase Roscoe.   These events are great places to see animals that are up for adoption. 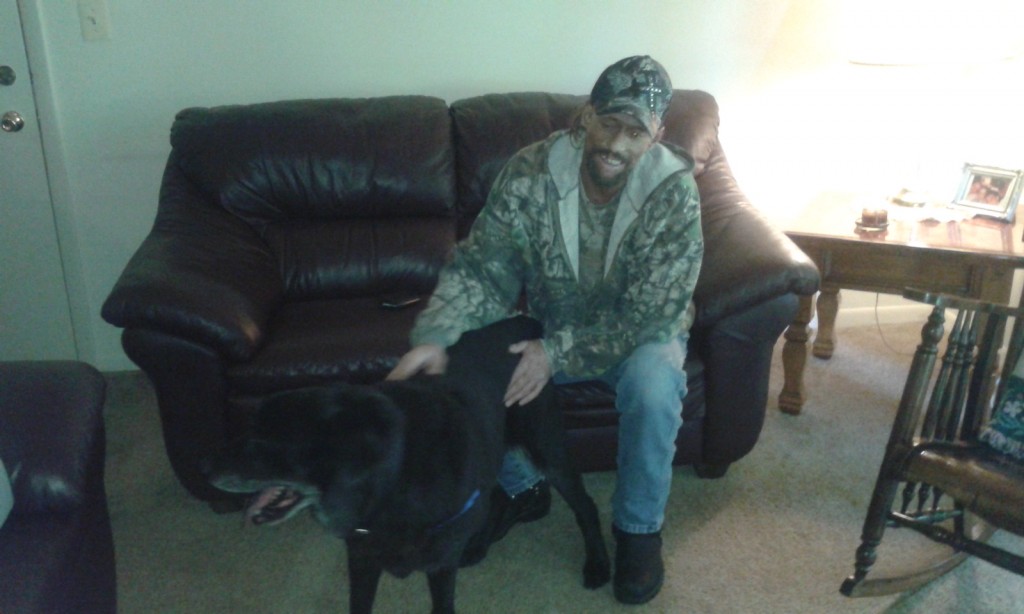