Some of the many adoptions we arrange! 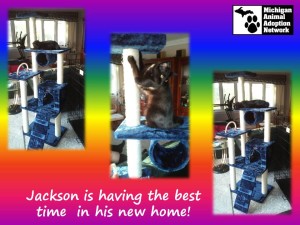 I added the one where he’s scratching a post so you could see he’s taking advantage of the sisal rope on it. Needless to say, he’s fitting right in!

He’s so doggone curious he’s been getting into everything! Much to our surprise, one thing he loves to do is sit in our tub and play with any drops that drip out. And he not only tries to open doors himself, as you mentioned before, but he also likes to “help” us while we’re opening doors. He’ll put his front paws on the door and lean while we’re opening it. Something else, huh?!

Also, it’s been so long since we’ve had a cat, the kids have forgotten what it’s like. Every day, after he does a normal cat thing like start racing around the house for no apparent reason, the kids will look at me and ask why he’s doing that. It’s been a great bonding moment for us. Hope you’re doing well! 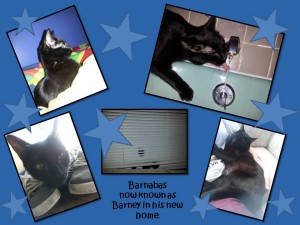 Barnabas was adopted on April 8, 2015. His mom sent us these cute pictures of him exploring his new home and she wrote us this nice email:

Hi, sorry I couldn’t send the photos of Barney earlier, I had trouble getting them from my phone to the computer.

Barney is doing great! He has such a funny personality, both rambunctious and very cuddly. He loves hanging around the bathtub and playing with the water coming from the faucet. He also likes to play with shoes. He started to venture out into the rest of the house, some times I find cobwebs stuck all over his little black face. He acts as if I can’t tell what he’s been up to!

He seems very happy and loves all the affection we give him. I’m so glad we were able to work out this adoption. smile emoticon Let me know if you have any questions about how he’s doing. – Anne

Congratulations to Barnabas, now known as Barney, and his new family! 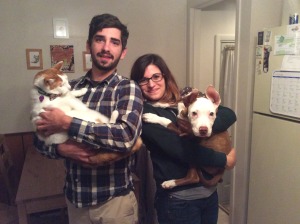 Frankie was adopted a couple days ago by Andy and Melissa. He is settling in very well, even sleeping next to his brother (cat) Kingsley! 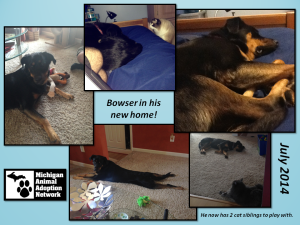 He is doing great in his home! 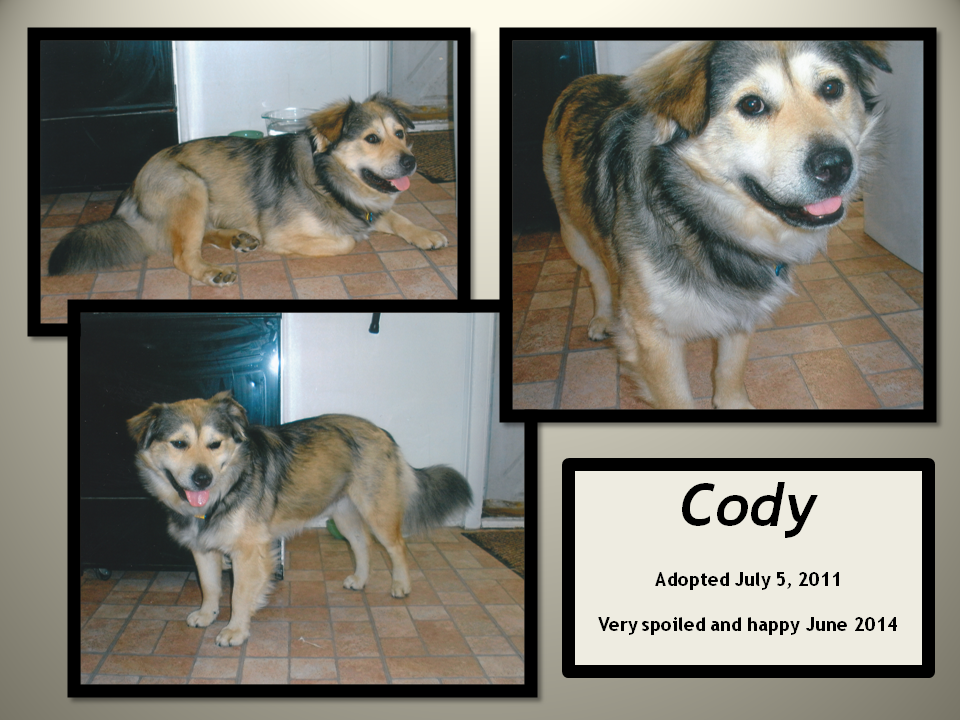 Casino – enjoying playing in the snow! 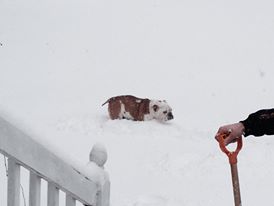 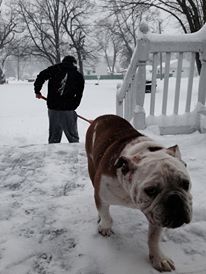 The boys are doing great in their new home.    They had the fortunate luck of being adopted together and will be able to spend the rest of their lives with each other! 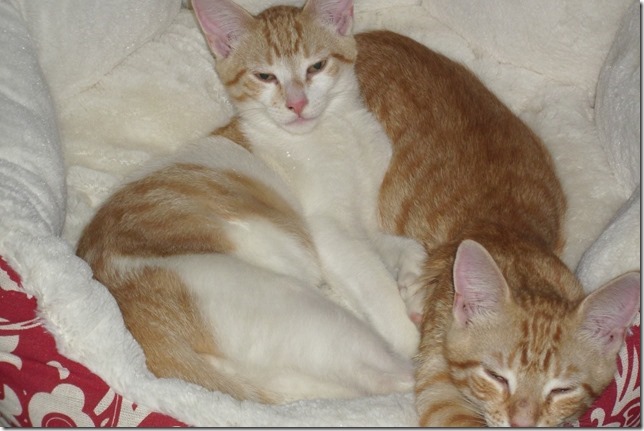 He is doing great in his new home.   He has adjusted well and is friends with his new feline friend! 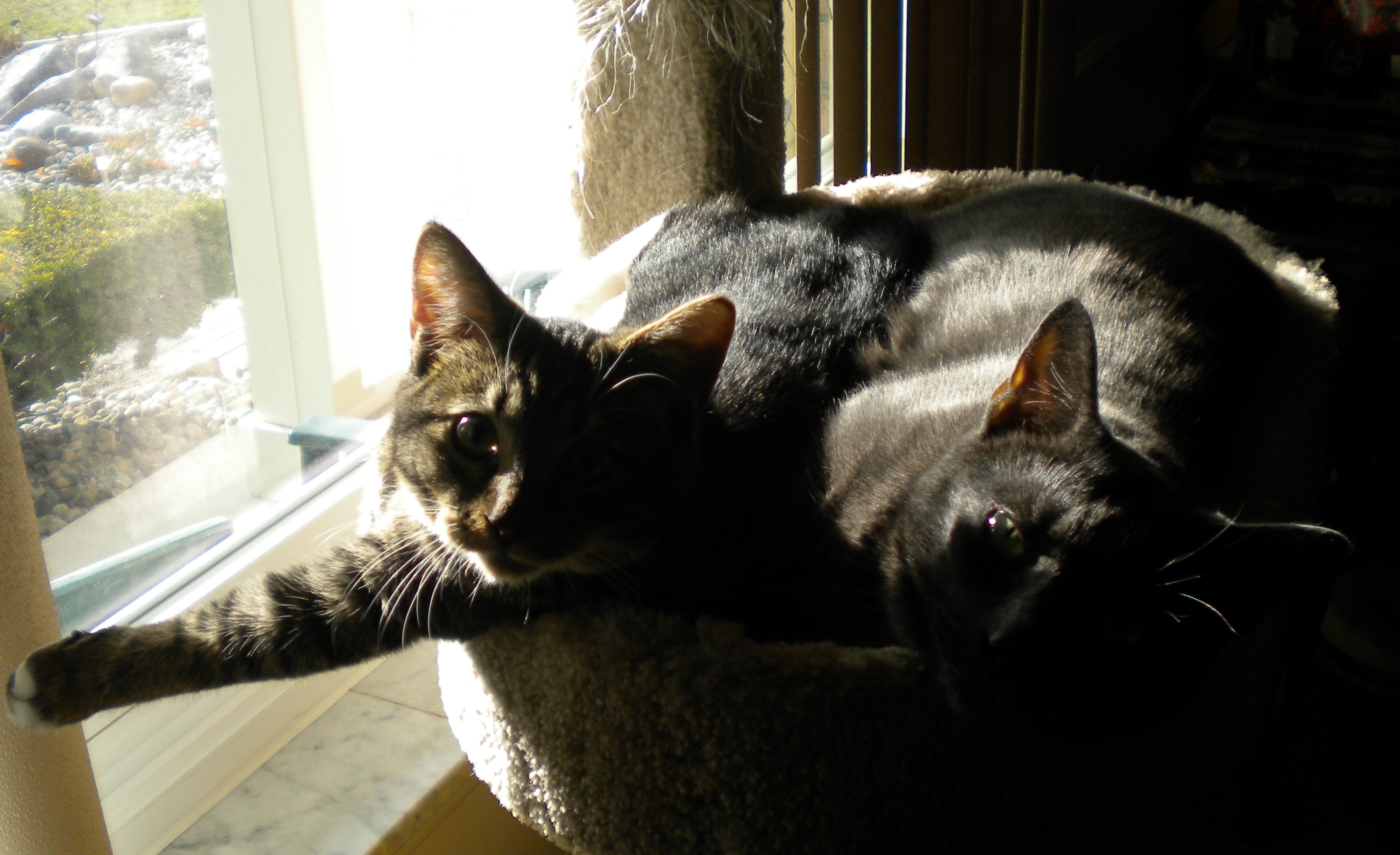 We had obtained him from the Michigan Humane Society as a transfer. He was lacking “proper” training and he had some skin issues. With the help of one of our wonderful foster parents, Lisa Bewick, Rigby improved and became a little gentleman.

It took awhile but the perfect home was found for him. Now, he’s living the good life with two of the world’s finest female bowlers, Aleta Sill and Michelle Mullen, who taught him the tricks of their trade. Watch Rigby in action! 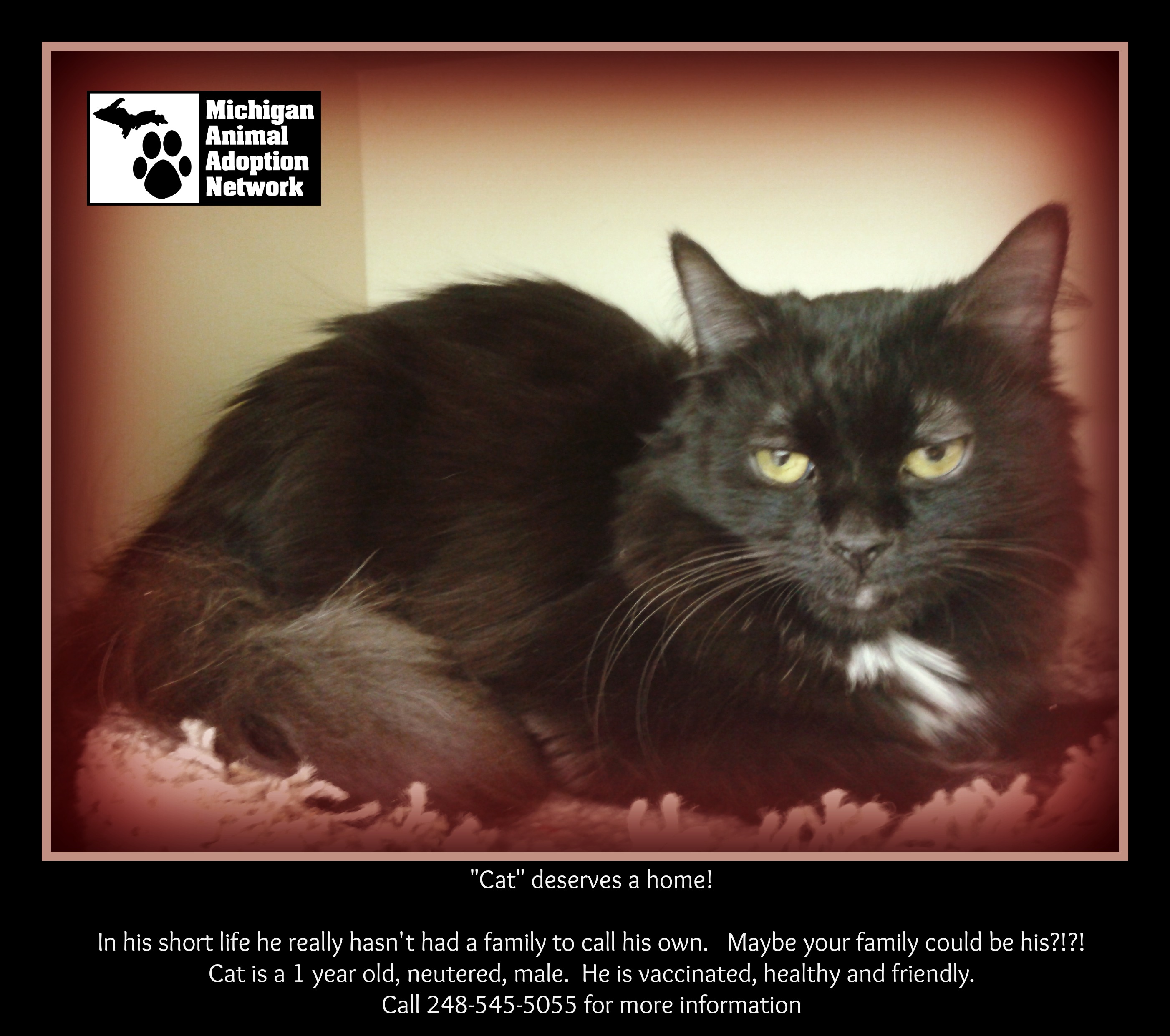 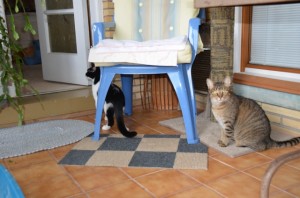 Lula was a cute little puppy who needed a great  home and luckily she found it!

Her new parents recently sent us a lovely, first birthday  picture of her, along with a little note.

Hi Chris:
Attached is a photo Lula, our little lovely pup. She was just spayed but is recovering nicely. We’re thinking about enrolling her in agility training; she’s such a little tuffy. Thanks for bringing her into our lives. 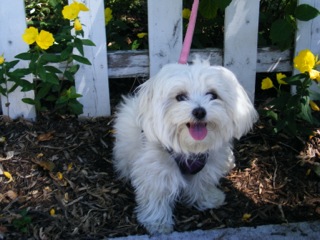 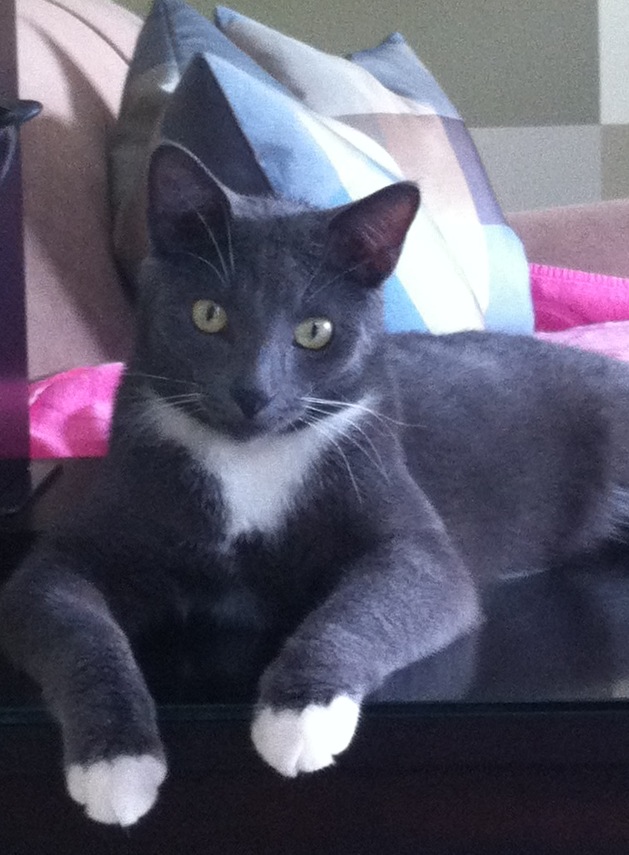 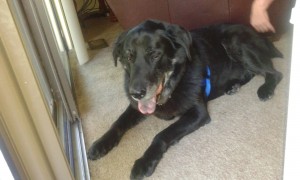 June 13, 2012:  After two long years of looking, waiting and hoping, Roscoe has been adopted! 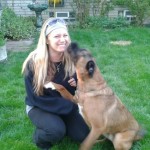