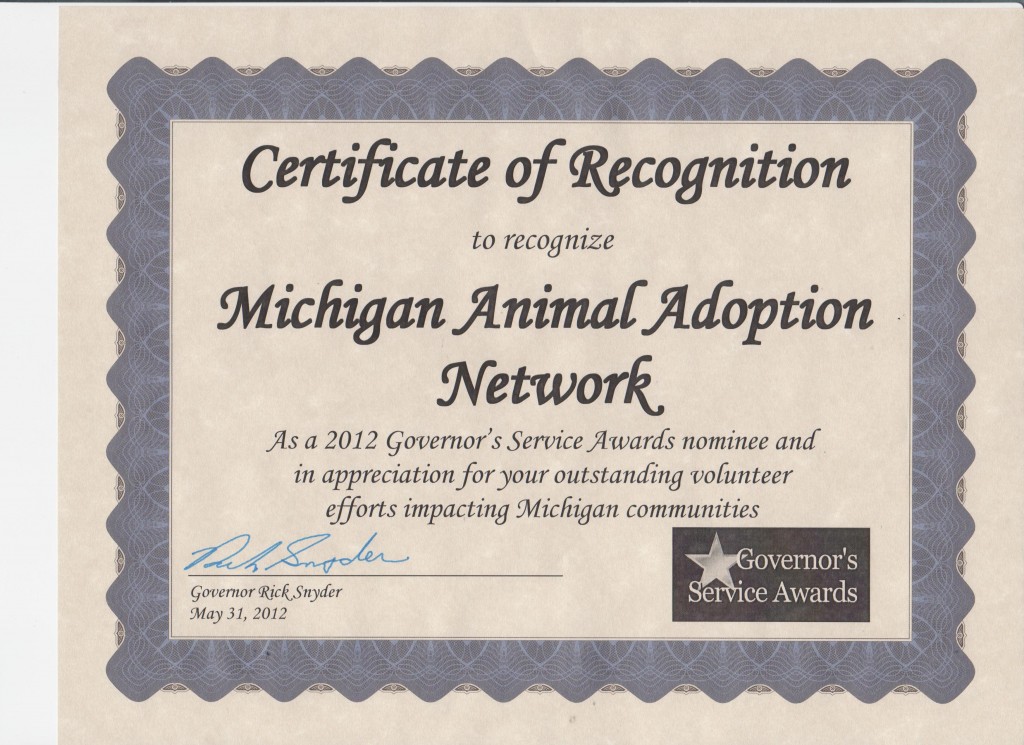 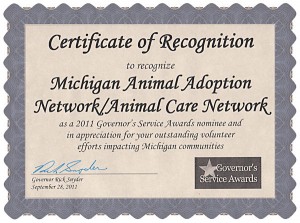 Here’s Marie, Pam and Chris with the lovely certificate we received (in addition to the gas cards and Flip video camera that they sent us)! 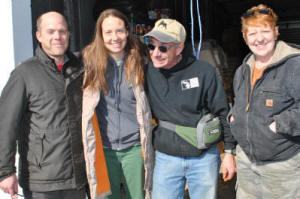 Friday, March 25, 2011 – When ACN was awarded a spay/neuter grant from Best Friends Animal Society for low-income cat owners in Pontiac the last thing we expected was a personal visit!

As a grant recipient in a poverty stricken area with no animal control ACN was chosen as a story by Best Friends and had a home visit by Ted and Molly who spent 4 days in Pontiac.

They saw everything there was to see in this city, from ACN visiting backyards, helping seniors with pet food, rescuing dogs and cats, providing straw, spay and neuter services, dead dogs lying in the street for months, dogfighting complaints, parvo calls and reaching out to the community in many ways.

This was a once in a lifetime opportunity for us and we feel honored to have the attention of such a respected and renown organization. We would also like to thank Barb Perl for letting us utilize her home as a welcome area!! 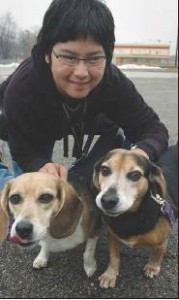 Everyone at the Michigan Animal Adoption Network and Animal Care Network would like to thank Sharon Chase of Re/Max Advantage 1 of Chesterfield, Michigan for choosing our nonprofit organization as the recipient of a $5000 donation from Pillar To Post Home Inspections. 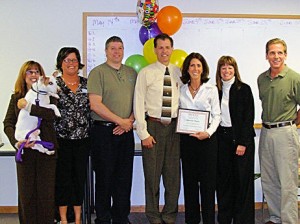 Pillar To Post Home Inspections have an annual Winter Contest for realtors, and this year Sharon was one of six 2008 Grand Prize winners. Sharon received a $5000 donation on May 21st 2008 in her name to be donated to the local charity of her choice and she chose the Michigan Animal Adoption Network as her charity.

This generous donation will be used to purchase vaccines and supplies that are needed for our upcoming low cost vaccine clinic. The clinic will be held on October 4, 2008 at the Pontiac Silverdome in Pontiac, Michigan

Nominee for Animal Planet’s Hero of the Year award 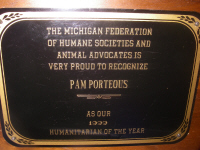 Humanitarian of the Year, 1999 – Pam Porteous