The Animal Care Network has been providing rescue and a community service to our target areas for over 20 years.  The volunteers become very attached to so many of the dogs and it is extremely heartbreaking when one day they are there and the next day they are not.  Sometimes we find out what happened and other times we never know.

Sadly in our target areas, many dogs are stolen, sold, die from parvo, break their chains and get into worse hands, get hit by car, used in dogfighting or simply just “disappear”.

Just six months ago, the teams visited these six dogs at three different addresses, today they are all gone.

Our statistics show that many of these backyard dogs just do not live a very long, full, happy life.

Hennessy died at the end of his chain, allegedly from heart worm disease, we believe   he could have froze to death, or the subzero weather conditions contributed to his death.    At the point this picture was taken, he was so emaciated he should have been taken on the   spot, but being volunteers we have no authority to confiscate animals, even if they are near death.

Baby, nearly died when she was pregnant with her fourth litter, she was emaciated and   should have been taken then and there.  Due to her miserable, long, tortured life, her   temperament was very bad.  Baby was taken by animal control when Hennessy’s dead frozen  body was picked up.

Ash, after living for three years at the same address, just disappeared.  He was another one of our favorites and was neutered through our program.  One day he was just gone,   he was outside on his chain unattended which makes him fair game, he may have broke   his chain, someone said they saw him at a nearby party store, but he was never seen again.    Sadly, there is a lot of dogfighting in his neighborhood, so that is our worst fear.

The other three dogs lived next door to Hennessy and Baby and were nothing more than backyard breeder dogs, having litter after litter, living a miserable existence at the end of a chain.   First there were three, then two then there was none.  The owner claimed she had no idea what happened to them.

May all these dogs suffer no more and hopefully are in a better place or peaceful in Heaven which is a better place than where they came from!  All the ACN volunteers loved you guys! 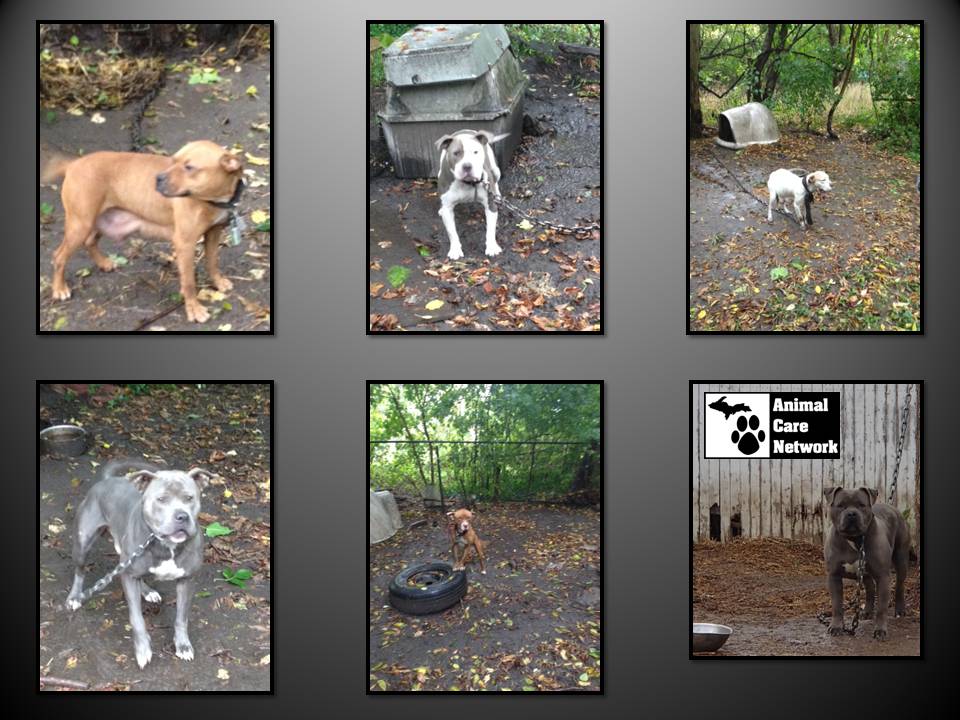