I don’t know about anyone else, but I do not consider any stop or visit on an Animal Care Network run a waste of time. Even if we have been to the address many, many times, you never know when people will change their minds, become receptive to our program or want their animals fixed. Believe me when I tell you, it does happen! I wish it would happen more often but all of us in animal welfare know that we are fighting a big battle with many pet owners. I for one do not like to give up and here is another perfect example.

I had been watching this address for over a year. Male female pit bulls in decent shape, not chained up at a corner house. I could NEVER get anyone at home, left multiple ACN packets and notes about getting the dogs fixed with no response. We did not know who lived her, no contact information and no phone number. I knew what was coming next.

Shortly thereafter, while driving by, there are the two dogs mating in the backyard for the world to see. Left more notes and more information. Then came the puppies, a big litter, I also knew what was coming next. Sure enough months later, there is mom, dad and two sons coming of age. Any day now they will be getting their mom pregnant and the males will start fighting. I decided to give the address to weekend team Edwina and Marcella to check again to make contact with the owner….and they did! He was home! As the gals smartly and effectively spoke to him and explained our program, he said he was interested!! Next step, is he really? Many people say that but when I call they are completely not interested. I called him and he called me back very quickly. He only wanted to get the boys fixed, the female may be pregnant again, but not sure. I was able to convince him to get all four dogs done and included the vaccines as an extra incentive. We had to get the female dog spayed, pregnant or not! She could have another huge, litter, get a uterus infection, mammary cancer, mastitis and become very protective around another litter with the other three adult dogs present. Owner agreed!

So I am happy to announce that all four dogs are now spayed and neutered thanks to a spay neuter grant from the Reitz Family Fund and these dogs are healthier and happier because of it. Think of all the problems and issues that were avoided because of this responsible decision! Not to mention another very large litter of pit bull puppies.

We did a follow up check and all the dogs are doing great and the owner was thrilled to take advantage of this program.

So again, to me, any stop that we make it a worthwhile stop. When it comes to the animals, it is better safe than sorry!

Thanks so much to Edwina and Marcella for having a rationale, educational conversation with the owner. Thanks to the owner for making a responsible, lifesaving decision! 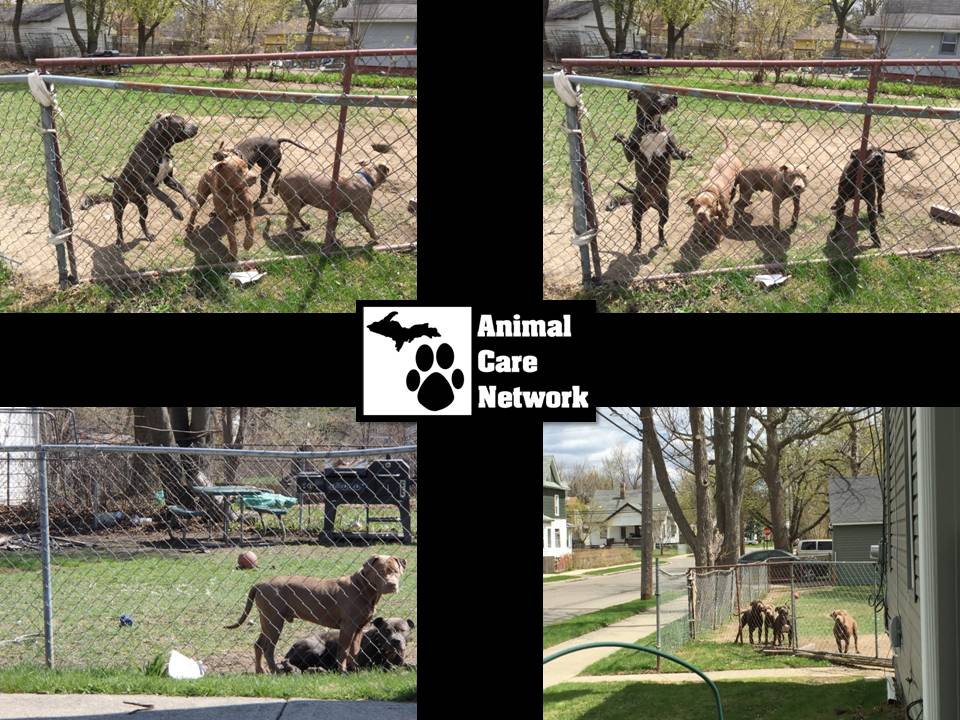