The ACN received a tip on a subzero day regarding a dog that had been found underneath a car in a parking lot, freezing, skinny and barely able to move. The caller virtually saved his life by taking him into her vehicle to warm him up, clearly suffering from hypothermia. How he even survived is a miracle.

Once again, our Sue was on the job! Linus was a mess, very underweight, dehydrated and had visible signs of being bound from his front legs around his snout. He also felt… like he had grease poured on him.

For the short period of time Sue had him, he stole her heart. We were able to get him into the Michigan Animal Rescue League where he was cleaned up and received immediate vet care.

This was blatant and intentional animal cruelty!

Sue could not get him out of her mind and after a month of rehab and being neutered, she ended up adopting him. Her other adorable little dog Timmy was rescued also near death by ACN five years ago!

A happy ending to what could have had another tragic ending! 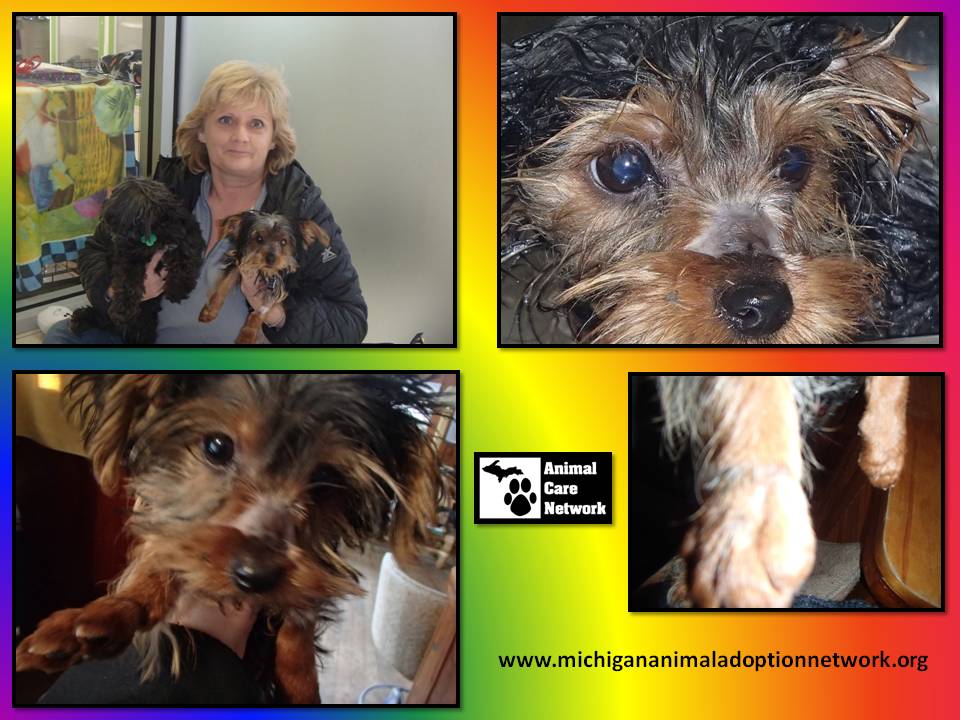