Sometimes owners are not so kind as to call when they move and leave their animals behind locked in the home to fend for themselves and possibly starve to death.

Thankfully their are many kind landlords, rental agents and property owners that care more than the owners did.

ACN received a call about three starving cats left behind when the owners moved. The owner made no effort to come back for the cats after several attempts by the property owner to contact them. Thankfully a man that went in to clean the house had given them food and water and called.

We were immediately able to rescue one of the cats who was starving and ran right up to us.  The other two were more difficult because they were so scared. We found them hiding underneath the basement stairs, lodge in a hole in the wall.  We were not leaving without them, after an hour, we finally got them out thanks very much to help from Frankie!!

These three cats were taken to a local shelter where they will be safe and cared for.

What is so hard about taking your animals to a shelter or calling someone to pick them up?  Sadly in our target area that is just two much for people to do, they would rather move and leave them to starve to death.  Disgusting.

And to answer the next question, no, nothing will happen to the cat owners. 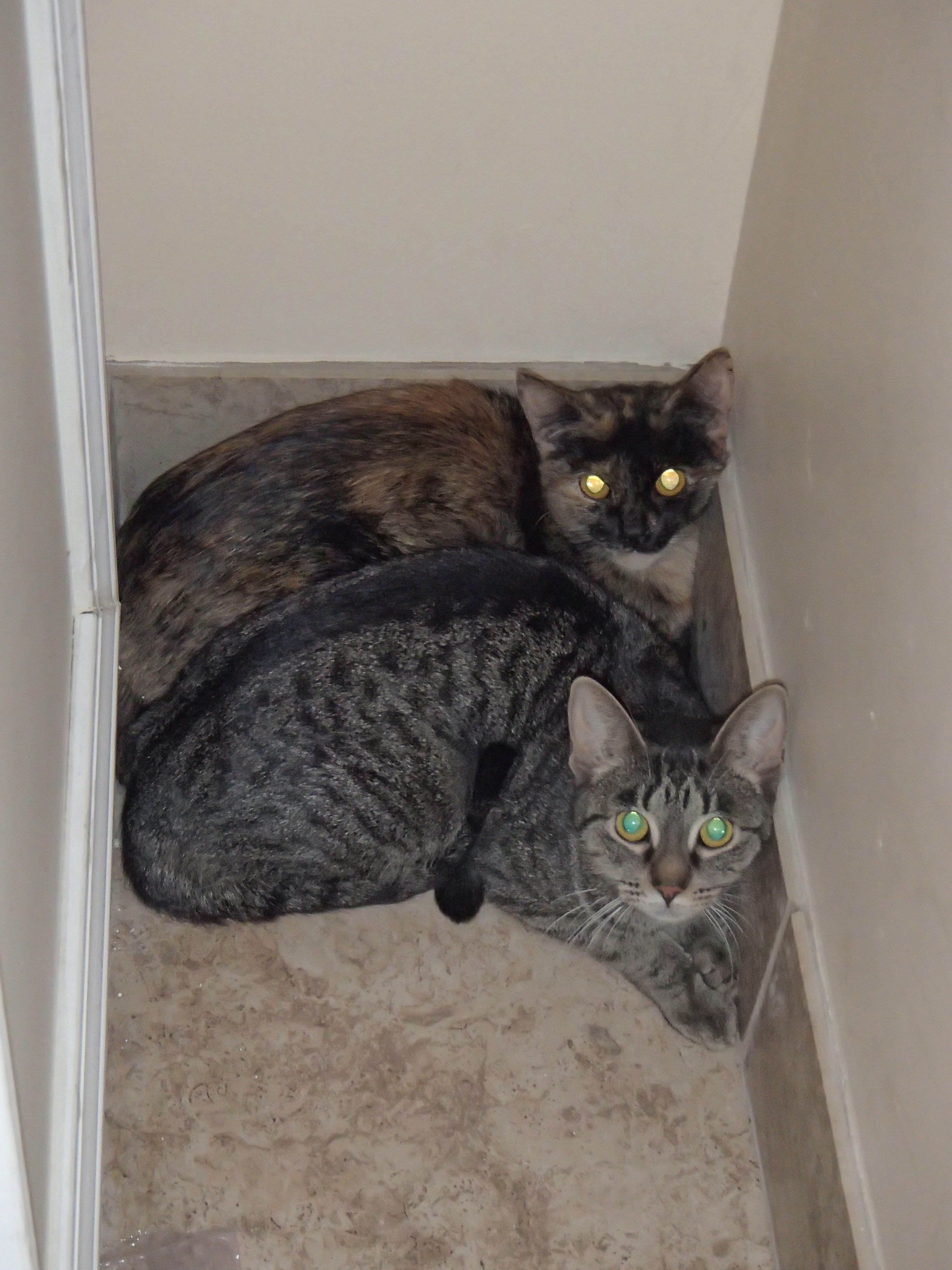