We are all saddened to say goodbye to one of the loved Michigan Animal Rescue League office dogs, Terry. The health problems that come with old age caught up with her, we had her at 16 plus years!!

On March 26, 2000, fifteen years ago to the day, the Animal Care Network volunteers discovered a backyard pen with a bunch of very unusual, unsocial, Terrier looking dogs.

They were living in filth, had not been handled much, were not being fed and watered and were inbreeding with each other.

We ended up rescuing four generations of the Terrier family.  Grandmother, grandfather, mother, daughter, sister and son!  We were able to get them into the Michigan Animal Rescue League.

A few of the family members were adopted. Terry on the other hand just could not make it out in the big world. She was adopted twice, couldn’t adjust and was brought back to MARL. The abuse and neglect that she suffered in this backyard was too much for
her….she was meant to be an office dog!!! She was very fearful of new things, new people but was in heaven with her friends at MARL, both two legged and four legged. Many dogs have just one owner, but Terry had dozens and couldn’t have had a more wonderful
life at MARL. After years, she finally learned to walk on a leash and even enjoyed a pretty new haircut thanks to the staff and volunteers at MARL that spoiled her every day.

Terry has joined all of the other office dogs and all of our beloved pets that we have lost through the years. All dogs deserve a life loved such as this.

We will miss you Terry!! 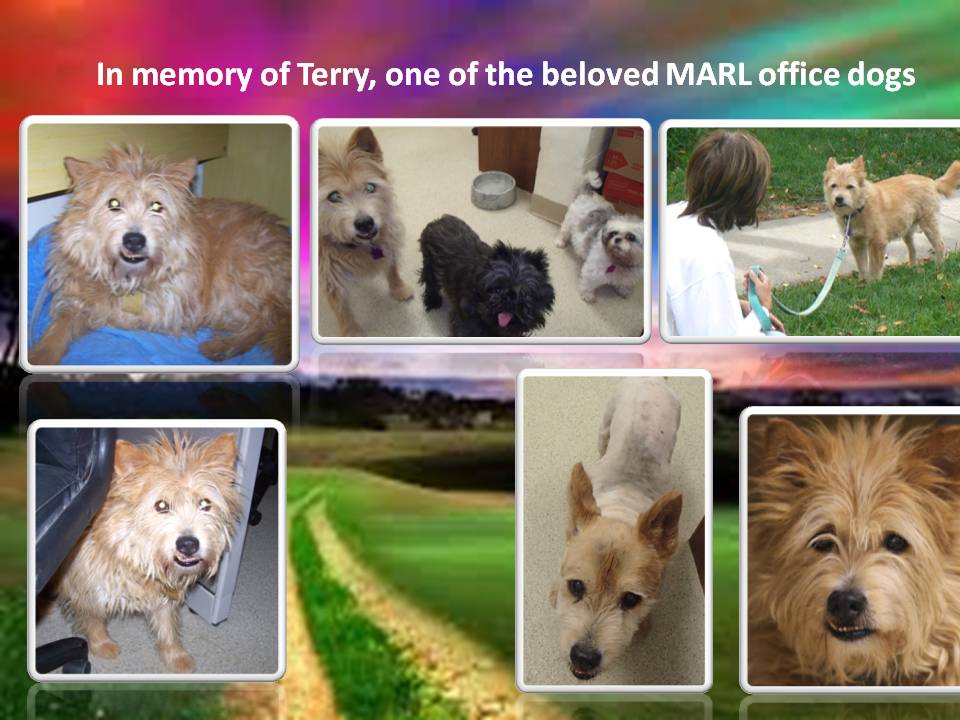