When Max’s owners got home from worked they were hysterical to find their back door open and their beloved dog Max gone! It appeared that their house had been broken into and the dog was either stolen or let loose. How horrible would this be? They immediately posted this on the social media lost and found sites!

That same day, miles down the road, someone had pulled into a local animal shelter with a dog fitting Max’s description, saying they found the dog and were going to keep it. They were told not a good idea, because someone may be looking for the dog, well the person took off with the dog anyways. Thanks to a smart employee who was able to get their address before they took off with the dog. Shortly after that we became aware of Max’s story and realized IT WAS HIM.

The ACN paid a visit to this house in a “not so good” neighborhood. Sure enough Max was inside trying to get out the window, music blaring and no one would answer the door. We were armed with attitude and a picture of Max and were going to get him back to his owner!

After nearly an hour, someone pulled up and we told them that we knew who the owner of the dog was and they were devastated and looking everywhere for Max. That we did not want any trouble we just wanted the dog back. We do not believe that this person broken into the house, we believe that they found Max running nearly a mile from his home.

We returned to the shelter with Max and his owners were notified.  They showed up almost immediately and it was a tearful and joyful reunion.

Good work on MARL’s part and swift action got this little guy out of a potentially bad situation and back home. His owners were so grateful! Great work! 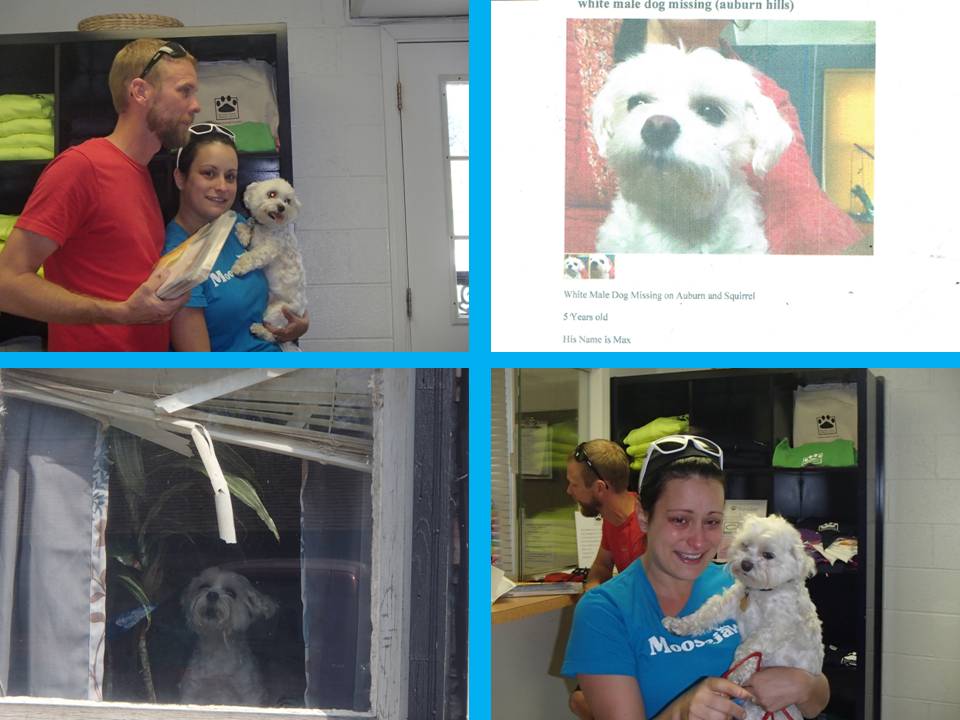