Always a great reward to see a dog or a cat that we rescued years ago……that are doing great and spoiled…that we assisted and educated and made a difference in their lives.

The ACN rescued this litter of puppies three years ago thanks to a tip from a utility worker. The puppies were in jeopardy of being passed out in a bad, high parvo at risk area.

Due to the ACN’s ability to communicate with pet owners, and make sense regarding spay neuter the mother dog, sister dog and father dog were all fixed.

On a recent recheck we noticed the x mom dog now spayed was extremely big, yet her sister was slim.

Like mother like daughter? Here is Shiloh, one of the adopted puppies years later who also looks square…. takes after her mom.

Both girls are on a diet! 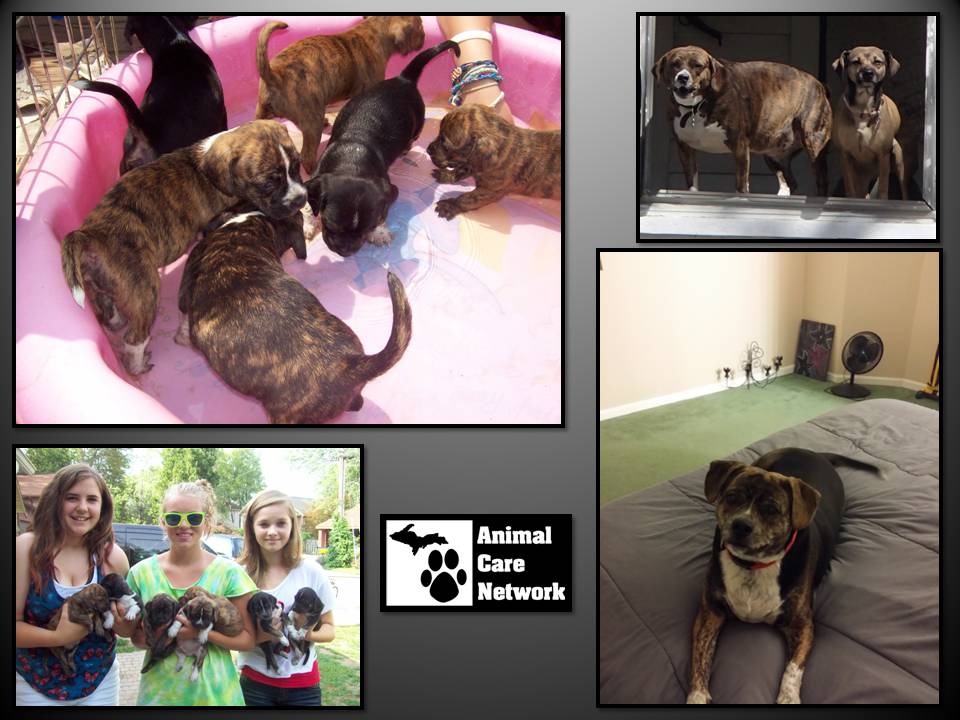