The Animal Care Network received a call from a distressed family that had moved out of the area and were concerned that the three dogs in the house were not being taken care of. Well unbeknownst to them, the other person in the house, who claimed she would
take care of the dogs had also moved out. The dogs were left in a pen in the back with no food, no water and no shelter, during a very rainy season.

As we have said in the past, we have no authority to remove dogs unless we have an owner surrender. We reported this incident to animal control. We talked regularly with the owners, who at that time were unwilling to give up the dogs. Each day that went
by, they said they were coming back for the dogs tomorrow, we will come and get them tomorrow. We called animal control once again. People were already beginning to vandalize and break into the house. These dogs were in great danger.

This went on for two weeks and we knew that nobody had any intention of coming back for these dogs. We were going each day and feeding and giving them water but this was killing us to leave them behind.

We finally talked sense into the first owner who surrendered the dogs to us, so we removed them and took the two younger dogs to a local animal shelter. The older dog suffering from many health problems was taken to a foster home, where she stayed until she had to be humanely put to sleep.

Sadly, this is very commonplace in our target areas, when dogs and cats are abandoned. Luckily we were able to take these dogs before something worse happened to them. Believe us when we tell you, the volunteers will be the first ones getting in trouble for removing
animals and the abusers and ones that abandoned them are never held accountable. 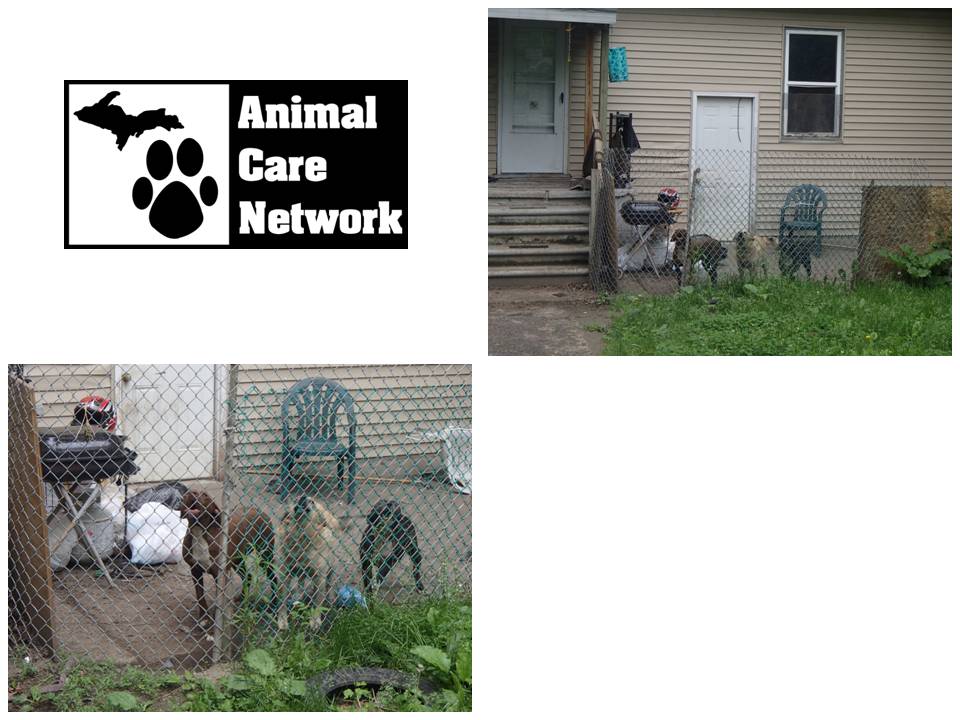