The Animal Care Network received a call regarding two dogs that had been noticed by a local bridge for several days. They had seen them three days earlier and became very concerned when they were still there and it was very warm out.

Upon arrival, these two dogs were found bound together, tied to a pole by an overpass structure, they were extremely emaciated and very, very weak. They had open wounds on their body and were not only vomiting blood, but having bloody diarrhea. We immediately took them to our veterinarian who determined that they had been poisoned, possibly suffering from malnutrition as well. They had no appetite at all, only drinking water like they had never had any, with blood filling up the water bowls. They had been like this for too long and their system and organs were beyond repair. Maybe this was done intentionally, maybe they drank or got into something we just don’t know. But some coward left them here to die, rather than taking them to an animal shelter.

Along with our veterinarians opinion we made the difficult decision of having Bonnie and Clyde humanely put to sleep to end their suffering. It had gone on long enough. We do not know who left these dogs here, but whoever did this probably never took care of them to begin with, so again we will not have justice for the loss of these beautiful dogs. We will never know their true story, but we did what was right for them, the kindest thing that we could. We rescued them and stayed with them until the end while they went to Heaven with kind, compassionate and loving people by their side.

So sorry Bonnie and Clyde, may you rest in peace and never hurt again.

May your abusers face their judgment someday and we know they will. 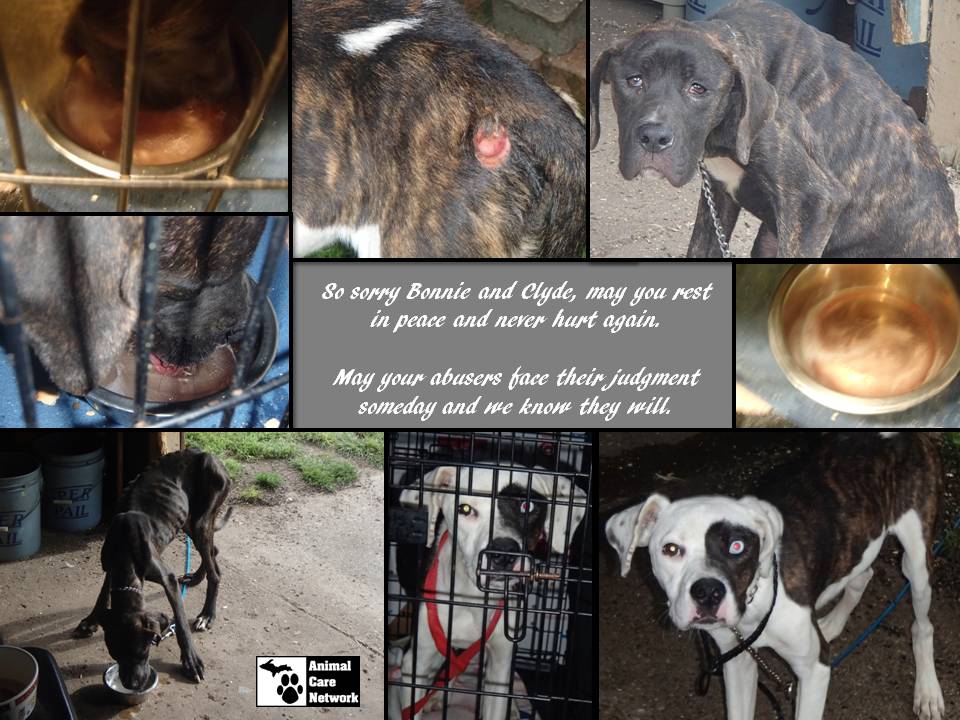