Thanks to kind people passing by and paying attention, these poor cats and kittens did not have to suffer any more than they already had.

A kid on his way to work noticed the orange cat in the street, not realizing he was injured and in trouble. On his way back home HOURS LATER, the poor cat was still in the same stop so he called for help. When ACN arrived we witness many cars just going around the cat, some laying on the horn. We were able to rescue him, sadly his spine and back were so
badly injured he had to be humanely put to sleep.

The little grey kitten had been noticed dragging his back end around but no one was able to catch him. ACN was called for help and we were able to rescue him. Sadly is back legs were so badly injured and maggots had infested his frail body, so upon advice from our veterinarian he had to be humanely euthanized.

The little black kitten had suffered upper respiratory for so long, his eyes were nearly gone and also had maggot infestation, he could barely breath and was weak and dying. Again, we had to make the decision to stop his suffering.

Sadly these three lives were lost, but they were put to sleep with loving hands and hearts and did not go to Heaven alone. They had suffered long enough.

We are thankful that people called when they did, otherwise they would have suffered for much longer and died alone.

There are cats and kittens just like these EVERYWHERE.

Please spay and neuter your cats to prevent further litters being born like these two kittens, more than likely the rest of the litter had died a similar fate.

Please call someone or stop to help if you see an animal in trouble. 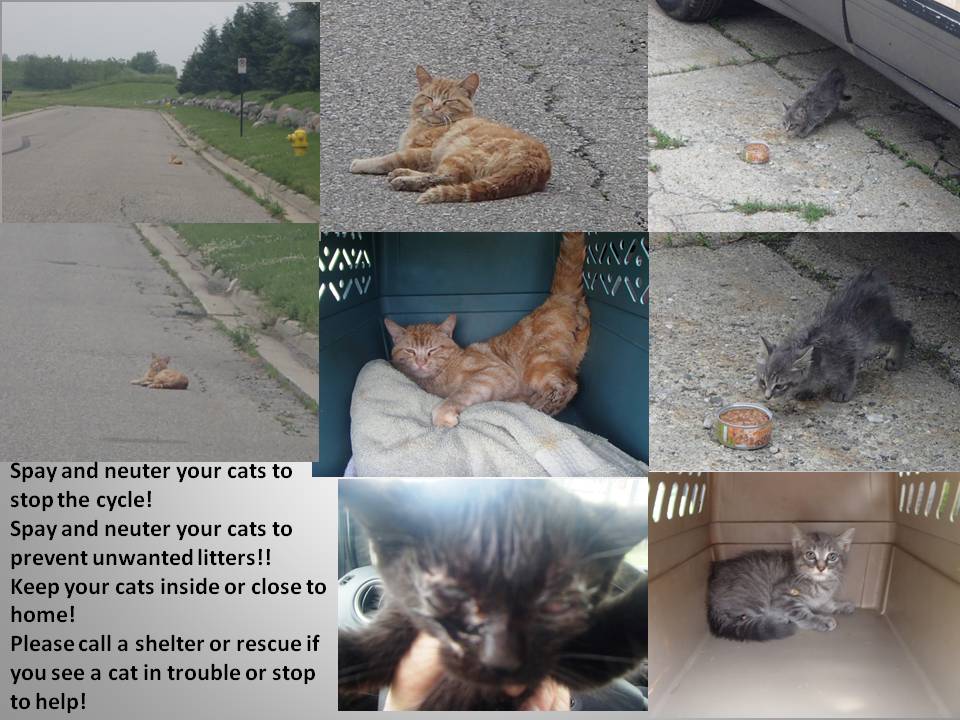