Sadly, lots of the parks in our target area serve as a dumping ground for unwanted dogs and cats.

This is unacceptable given their are three very good and humane animal shelters within minutes of these parks.

With the continued negative comments and criticisms about animal shelters, maybe this is why some people resort to dumping and letting go. Keep in mind every criticism and negative remark about local animal shelters can result is something very hurtful and worse for a dog and cat. We believe that it is better to be taken to an animal shelter to be safe, fed, watered and cared for, then to be dumped on the streets or “let go” to fend themselves.

People at the parked watched this under grown pit bull dumped out of a moving vehicle at a local park, thankfully they called ACN immediately and kept an eye on her until we got there. This super friendly dog was emaciated, dehydrated, covered with fleas and mange,
hair loss, overgrown nails AND had a CURLING IRON tied around her neck practically choking her, yes a curling iron. What a disgusting nightmare and what disgusting people that dumped her.

Blueberry was immediately place in a foster home, receiving veterinary care and will be available for adoption once she is healthy enough to be spayed.

So yes, please don’t be so quick to criticize the local animal shelters, especially in Oakland County. These animals are better and safer than being on the streets, they received medical attention, food, water are walked and socialized.

Blueberry just happened to be lucky that someone cared enough to call.  Otherwise something way worse than being at an animal shelter could have happened to her. 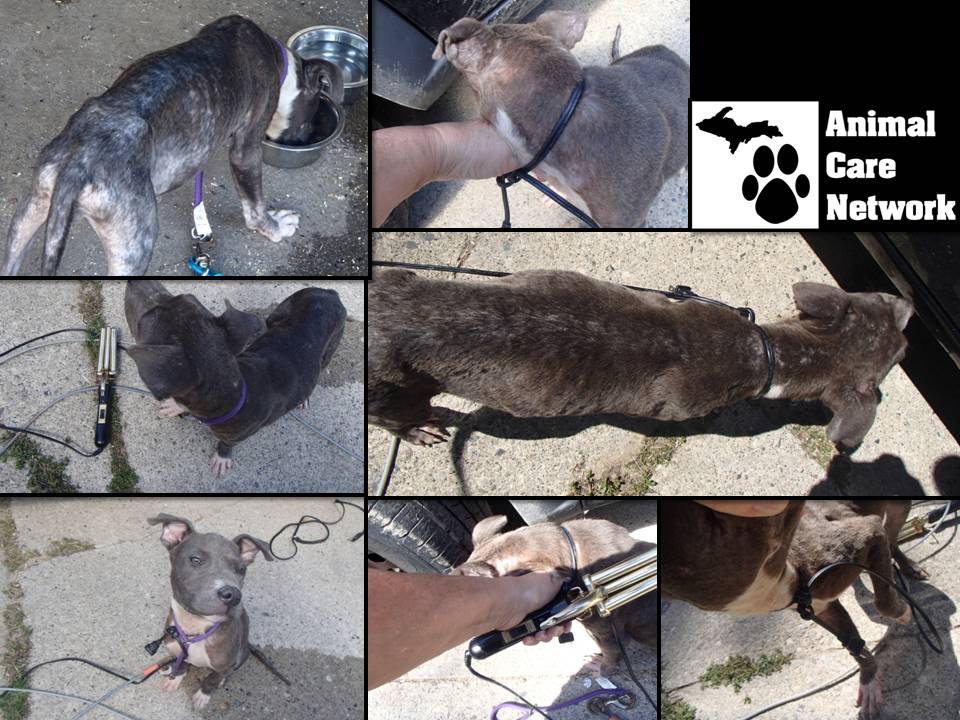