The Animal Care Network received a call from a very upset man that drove by this
dead/dying cat in the road.

Animal Care Network volunteers responded immediately, but by they got there the cat was dead, but still warm. We do not know if the cat had been hit by a car or injured in some other way. What we do know that while the cat laid there dying, some monster/monsters took the time and effort to tie this “get well soon” balloon around it’s body, walk away and not call anyone. Sadly in our target area, where animal abuse and neglect is all too common, this was probably done intentional and thought of as funny.

Thanks to our volunteer for responding immediately and at least picking up the cat out of the road and doing the right thing.

This is what she wrote:

“Speaking as someone that actually has a heart, I find these photos sad and disturbing on so many levels. The cat was still WARM. YES, WARM. So, a million things run through your mind..did they kill the cat and already have a plan to go get a balloon and just be evil? Was the cat hurt, and they thought their efforts would be better served to do more harm than good by gloating over someone’s pain?

EVERYONE has the choice to do harm OR good. It’s been so incredibly depressing on the rescue side that so many people would rather choose harm than good, or place blame on the very people trying to make the difference in the world. Placing blame because we haven’t changed it yet. I feel like NOW..if you aren’t part of the solution…then YOU are the problem.. If you don’t save the world, no one cares if you tried”.

A weed is just a flower of unintended beauty. 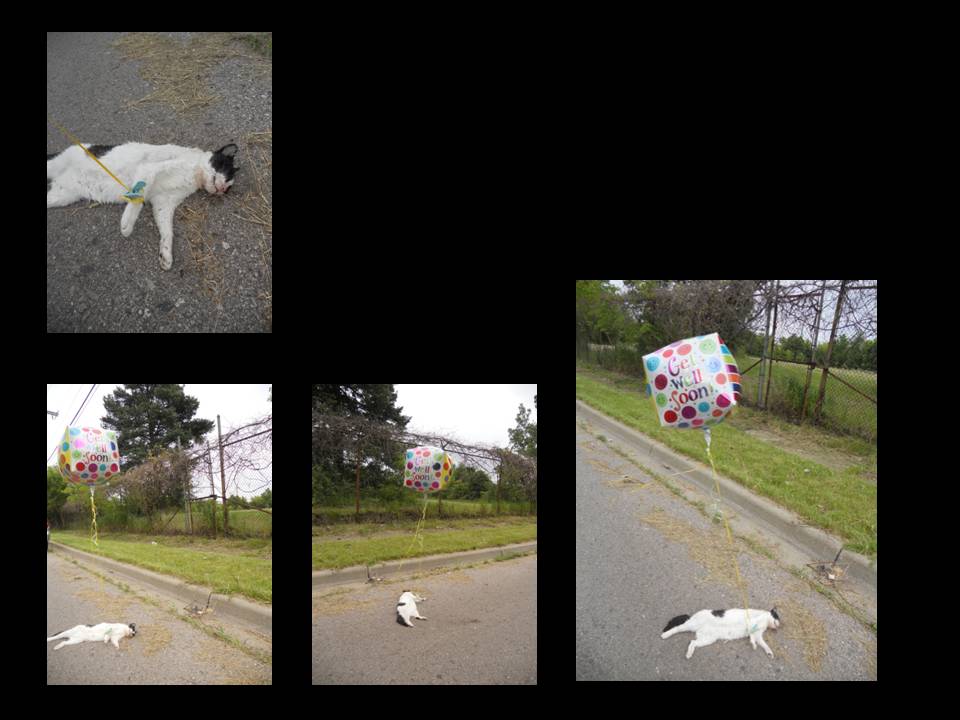