Peanuts owner found him months earlier wandering the streets and just decided to keep him. Not knowing much about dogs and not having much money he did not realize what bad shape this little Pekingese was in.
When he took him to a groomer, they were very alarmed and said “he needs to go to the vet immediately”. Peanut was in distress, his testicles were enlarged and nearly dragging
on the ground and very black. His entire private area was swollen, Peanut was not well. The owner called the Animal Care Network so we picked him up immediately. Peanut
was taken to our veterinarian where it was determined that he had testicular cancer and was very sick. It had spread too far and we had to make the heartbreaking decision of having little Peanut humanely euthanized. We did not want him to suffer any longer. Sadly this could have potentially been prevented by something as simple as getting him neutered.

Rest in peace little Peanut, we are sorry that we got to you too late.
How can testicular cancer be prevented?
Testicular tumors are easily prevented through routine castration of male dogs.
Castration in young dogs prevents aggression, roaming, urine marking, and a variety
of other unwanted male behaviors. The surgery is safe and relatively inexpensive
and in the long run saves the owner money. Dogs that are used for breeding can be
castrated when they are no longer used for breeding. Dogs that are cryptorchid should
always be castrated and the owner should insist that both testicles be removed.
Since cryptorchidism is considered to be an inherited trait, cryptorchid dogs should
never be used for breeding. Because the retained testicle is 13 times more likely to
develop a tumor, it should always be removed.

Testicular cancer is easily prevented, and with good castration policies could be virtually eliminated from the canine population. 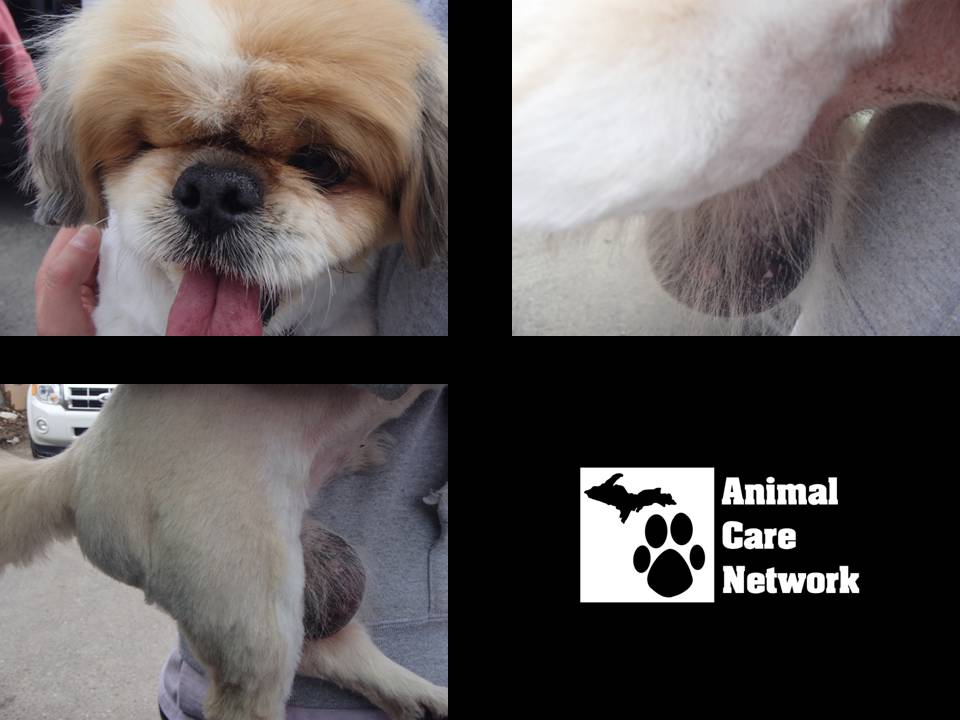