Wow another happy ending and amazing transformation for the two Cocker Spaniels (now named Tucker and Tess) that the Animal Care Network rescued from a bad situation.

These two very traumatized dogs came out of a neglectful, chaotic, abusive situation and once in the hands of loving, caring people truly blossomed!

The ACN brought them two the Michigan Animal Rescue League just two weeks ago, where they were groomed, cleaned up, vaccinated, received medical care and were spayed and neutered.

Then came Dawn and Bob…previous MARL adopters, believe it or not they had adopted two ACN rescues over ten years ago!

Well, they saw Tucker and Tess and some things are just meant to be aren’t they?

Note from Dawn and Bob
“Our weekend is going great! The four of us are a happy new “pack” 🙂  We have decided to name them Tucker and Tess which they seem to be adapting to quite nicely. Yes we are all doing great and we are just crazy about them. They are really very special and loving little dogs.  You and the folks at MARL are miracle workers!”

If you could have seen these two dogs when we rescued them out of the backyard to when they left the shelter with Dawn and Bob you would be even more touched by their story.

They went from beat down, depressed, shaking, heads down and scared to death to jumping all over their newfound caretakers, human friends and new owners with their little stub tail NEVER stopping.

Thank you MARL for taking them in and thank you Dawn and Bob for giving them such a loving home and happy ending! 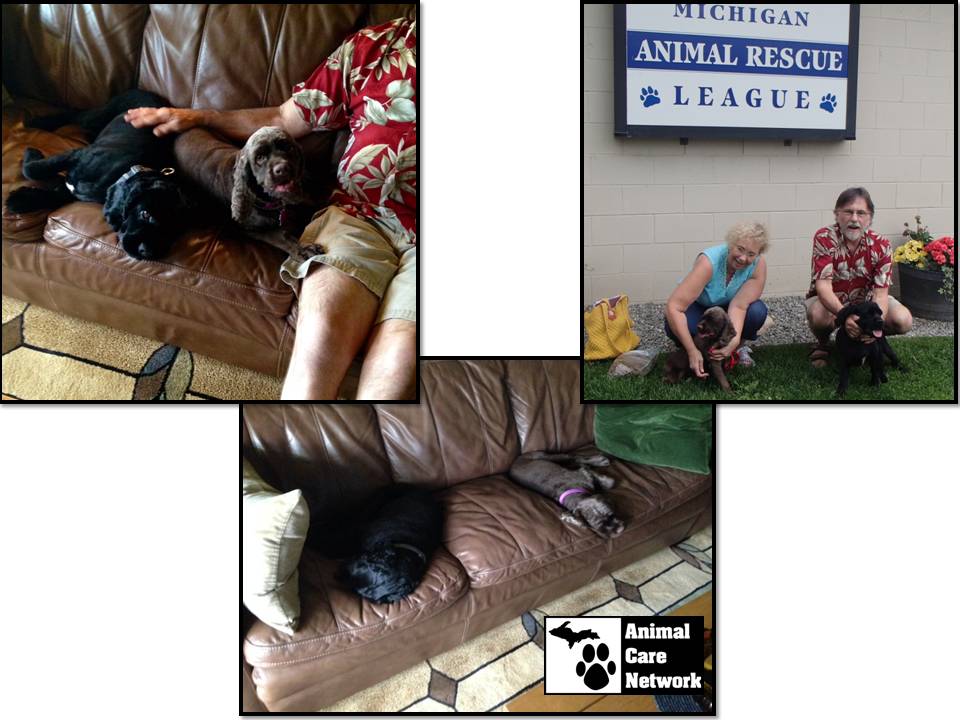