ACN received a call from multiple people about a puppy that was seen being dumped by railroad tracks. She was spotted by a nearby dumpster looking for food during very hot weather. Some nasty people were yelling and throwing things at her.

The kind people could get no where near her, even if you looked at her she would bolt back down the tracks. One neighbor was able to shut her in their fenced in yard, but she was so frightened of people she bolted through a hole under the fence. In steps ACN.

A live trap was set and within a couple of hours Caboose was in it. She did not want to be touched and growled upon approach. Caboose was taken to a foster home, where slowly she began to respond to her foster person. Starting out at the back of the trap, working her way to the front and letting us get a leash on her and get her out. She is actually an adult dog that never grew properly due to malnutrition, lack of food and water. She was extremely skinny, thirsty and exhausted from living on her own and constantly being on the run. Check out her progress from snarling and shaking, to relaxing and conking out on a nice bed in the house.

Caboose has suffered some pretty major abuse and does not like many people, but is still being worked with in her foster home. Sadly, yet another innocent victim of neglect and torture in our target area. 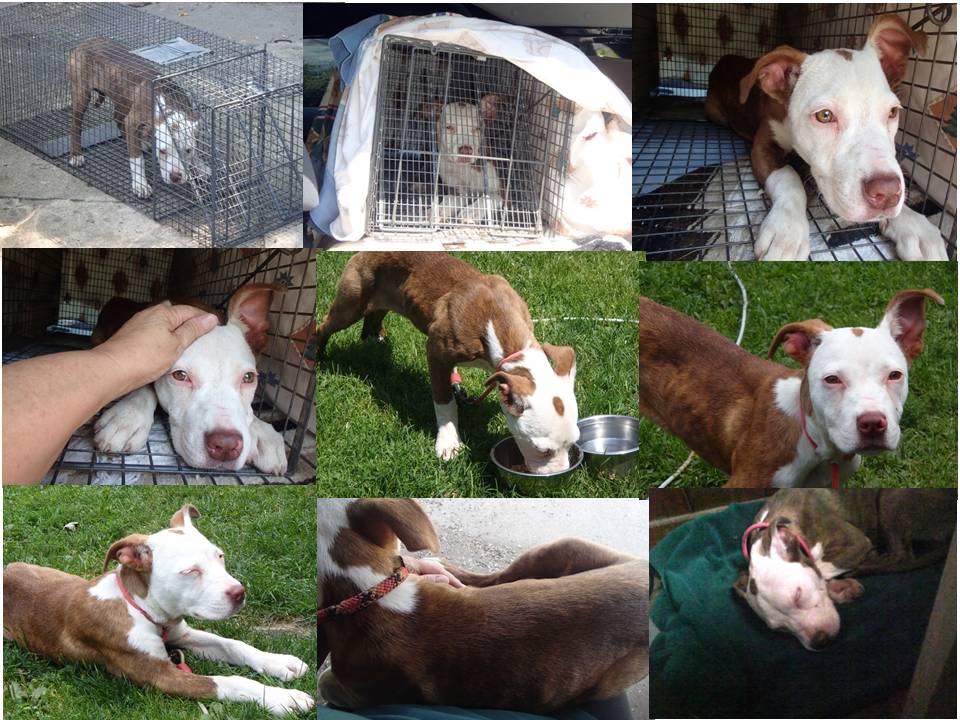