This puppy was bought from a pit bull breeder, yes she was paid for. The owner of the parents absolutely refuses to get either the mom or the dad dogs fixed, will not hear of it. Somewhere along the line, someone in the family has mange and the owner
is well aware of that.

The puppy in this photo was spayed, vaccinated and is being treated for mange with help from Animal Care Network and it is taking forever to clear up. She has been treated for 2 1/2 months and still looks bad, better but still bad. She is a super nice puppy.

Many of the other puppies also had mange and hopefully they were treated for it, we only know of one other pup from this litter that was actually treated.

Knowing that this litter had mange, he is going to breed them again, well he says he isn’t but refuses to get the mom and dad dogs fixed so WE ALL KNOW WHAT HAPPENS RIGHT?…the “accidental” litter!  What an unbelievably bad decision. Absolute, blatant disregard for what is right. It doesn’t get much more irresponsible than this. 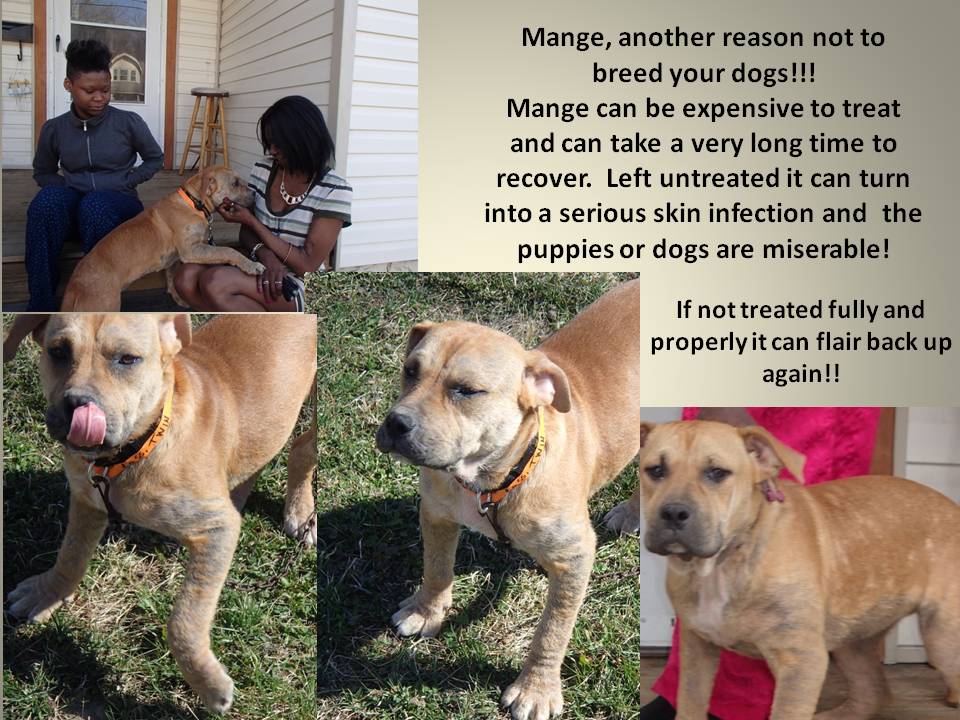