With three animal shelters within minutes from our target area, people insist on going to the park and dumping dogs and cats, just pulling in, letting them out and driving away to leave them to fend for themselves. One time someone even witnessed a dog let out of a car that tried to catch up to the car that dumped him. Absolutely no excuses for this!

This is what happened to Meeko. One of our volunteers found out about this situation and responded immediately to his rescue.
How was this little five pound senior Chihuahua supposed to fend for himself in a park by the woods and with a MAJOR intersection right there.

Thankfully we were able to get Meeko into the Michigan Animal Rescue League. He had a raging mouth infection and was in pretty rough shape, the sweetest little guy in the world. When we had him in the rescue van you could smell the infection in his mouth. He had to have lots of teeth pulled and the Michigan Animal Rescue League funded this along with other medical issues because that is what they do!

Meeko is doing great now and the awesome shelter manager has taken him under his wing. He is a charming little guy that did not deserve to be dumped like that.

Sadly no information was given regarding the person that dumped him so once again there will be no consequences.

Is it just us or wouldn’t it have been better to take him to a local animal shelter? Just imagine what could have happened if the volunteer wouldn’t have found out about this.

Thank you Jeana and thank you MARL! 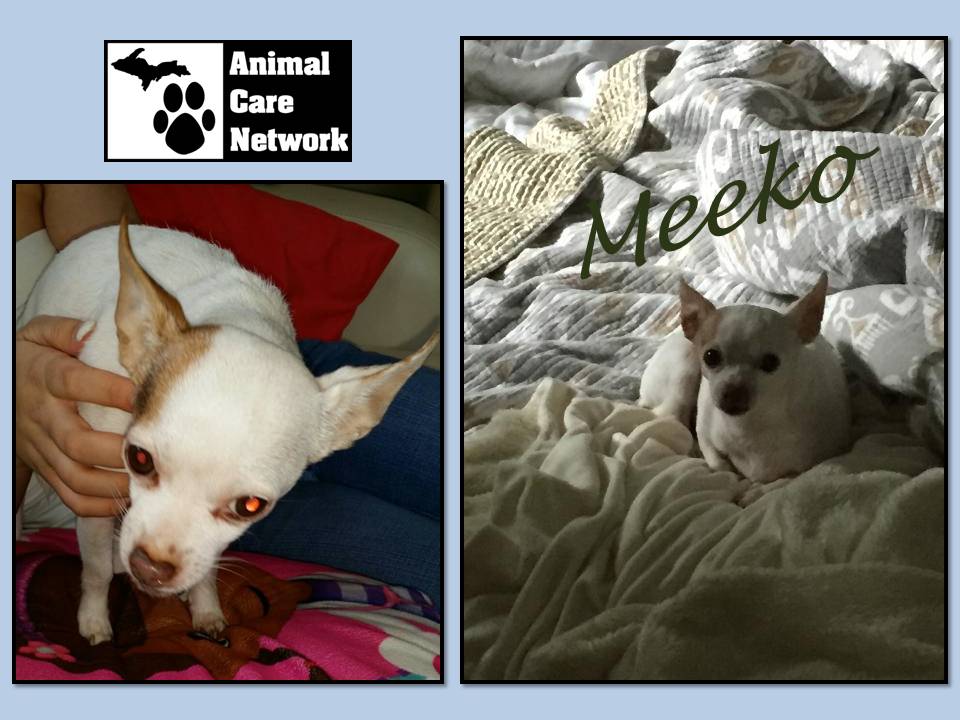