The Animal Care Network volunteers have a very challenging job when trying to convince people that have been breeding for years to get their dogs fixed. There are many reasons
to get your dogs fixed, not just to stop adding puppies to an already saturated area and an overwhelming pet overpopulation, but to prevent health issues, uterus infections, mammary cancers, difficult pregnancies, and on and on and on.  This story contains all of these issues.

We had been trying to get these pit bulls fixed for years, but no cooperation from the owners. Finally we were able to get some intervention from a family friend and the mother of the second family. Between ACN volunteers and the family friends and relative we FINALLY succeeded in getting all five of these adult dogs fixed, including the father dogs!!

One of the female dogs nearly died after her last litter, the second one ended up in emergency with dead puppies inside of her and the third dog actually has mammary cancer from being bred so much. One of the female dogs was eight years old and the other was nine and STILL HAVING PUPPIES. OMG COME ON!!! You are literally killing these dogs!!

Alas all of these dogs are spayed and neutered and we even succeeded in getting three of the three month old puppies done from the last litter!

Thanks to the family friend, the mother and ACN volunteers for making this happen. Sometimes it takes years and years, but we sure do not give up easily!!! 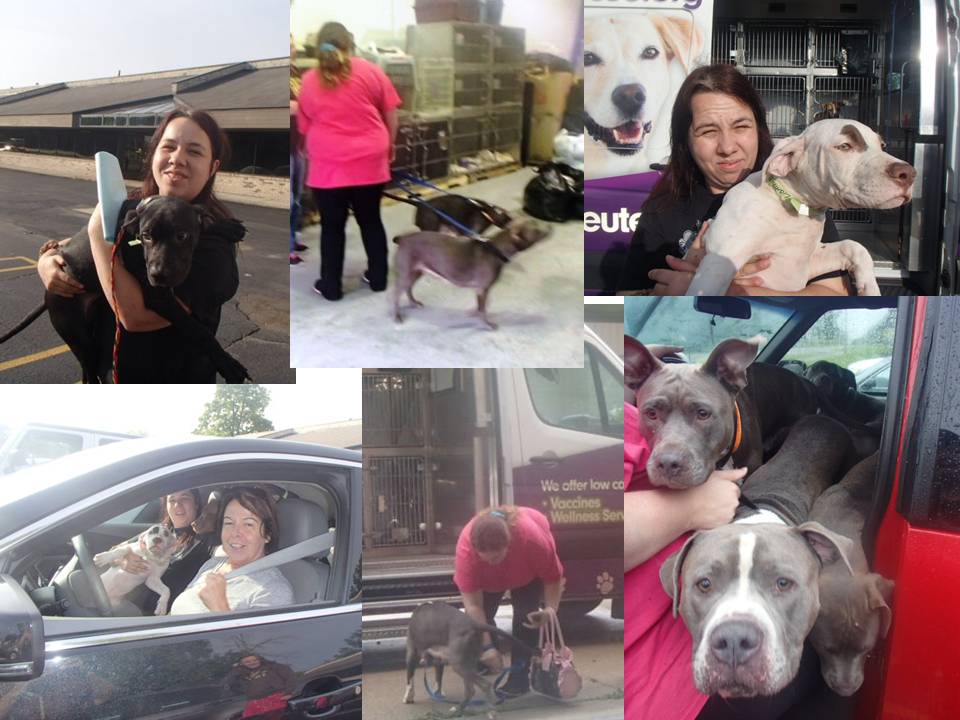