While on the streets, I noticed a truck parked on the side of the road and there was a small dog underneath it. He was on his back in the middle of a full blown seizure. Cars were just passing by not even noticing or not caring. I quickly turned around grabbed a blanket and gently picked the little guy up wrapped him up and held him tight as I ran back to the rescue van. I rushed him to the vet and he seized in my lap almost the entire time. When he came out of the seizure he was completely out of it, it was also evident that he was in poor condition before I discovered him.  After tests, examination and advice from our veterinarian we made the difficult, heartbreaking decision to have him humanely euthanized.  I stayed with him until the end and he weakly licked my face as if to say thank you for not leaving him there on the streets to die alone.

This little “Guy” went to Heaven with loving hands, caring hearts and lots of tears.

We later found out where he had come from and that the evil person had him “let him go” intentionally. Yes this person has other dogs and NO nothing will happen to him and no charges will be filed. We have no proof or evidence that he did it, just what we were told,
which we believe. This would be considered an “unfounded” complaint.

Rest in peace little Guy. I am just thankful that I happened to be driving by at that particular minute. Pam

Not the greatest of pictures but he deserves to be remembered. 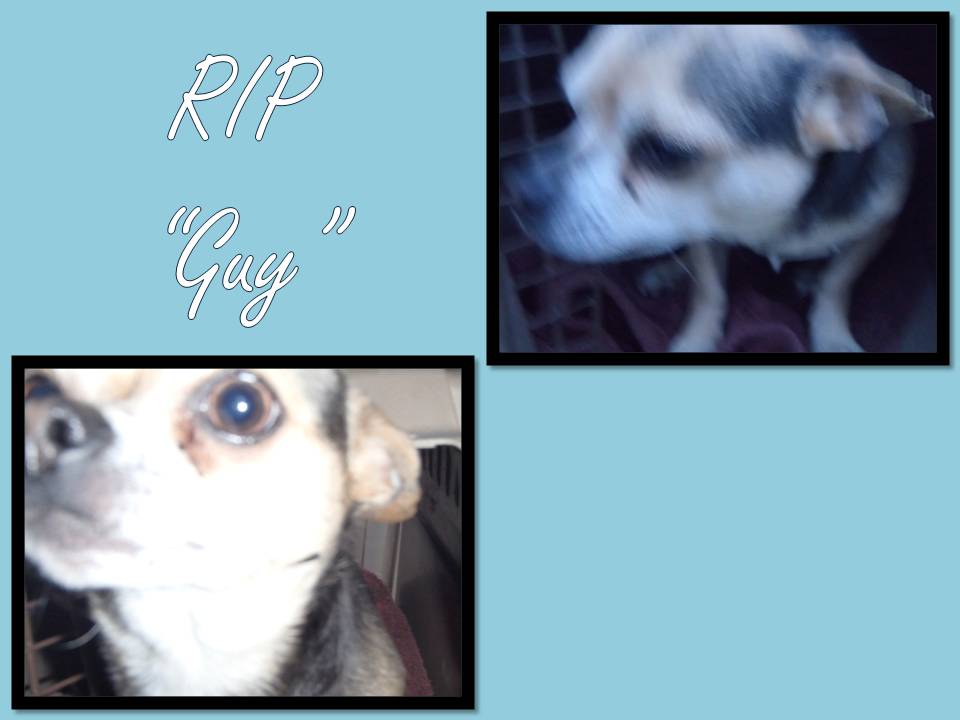