Just last week I had the pleasure of saying hello to Ivey, rescued seven years ago, and her owners Kim and Robin, absolutely amazing people!!

In 2007, around the Michael Vick dogfighting outrage, I was able to assist a local shelter rescue three pit bulls that were chained in a patch of trees in the middle of a cemetary of all places. …

The surrounding homes had heard horrible noises in the middle of the night and then a groundskeeper heard crying and discovered several bloodied, injured dogs chained to trees with very heavy tow chains, well hidden. I am proud to say that I immediately played a major role in getting these dogs out of there. They were leaving with us. Entering their zone, befriending them, cutting the huge gigantic chains and padlocks and keeping them apart was what we did.

The vision of these dogs remains in our memory to this day as we rescued them from this secret, horrible place.

This incident was reported to the authorities.

Sadly due to extreme aggression and being exposed to dogfighting, two of the dogs had to be euthanized. The third dog Ivey was up for adoption for years.

Ivey was featured on the front page of the Detroit Free Press in 2007, so badly wounded and torn up, but check her out now!

Thank you Kim and Robin for adopting Ivey, training her and being totally committed to a dog with a past. Her transformation is awesome…… 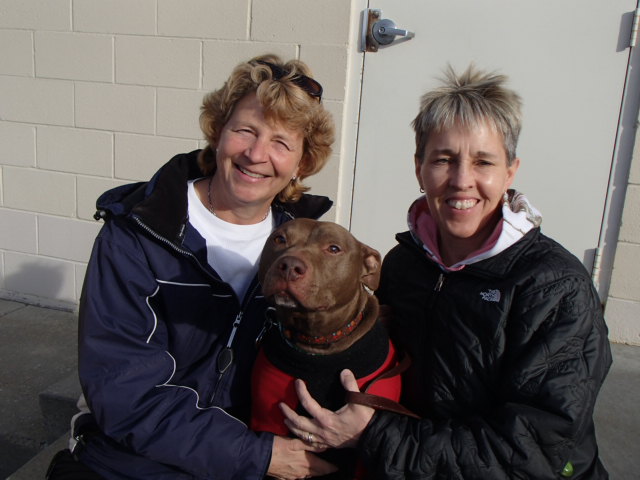 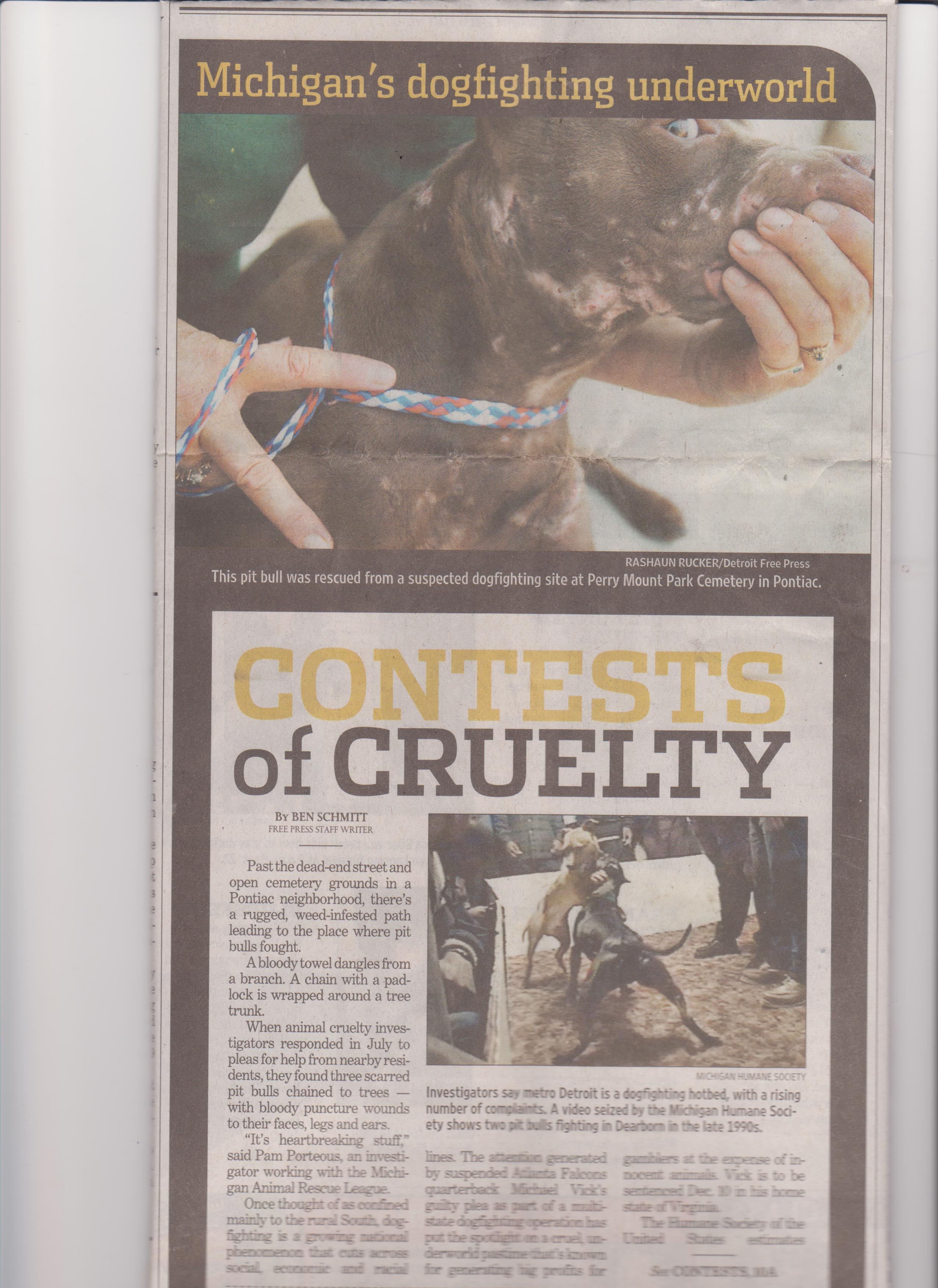 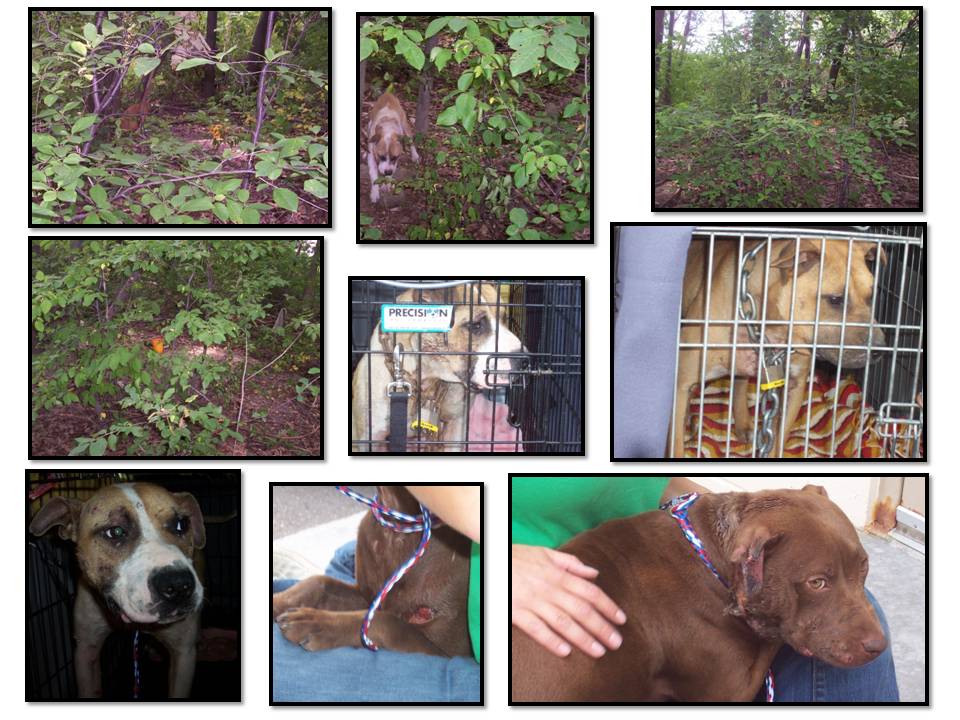