Anytime the Animal Care Network teams spots a doghouse, we will either stop or jot the address down to be checked.

It was quite clear that this dog was living outside a lot (muddy pacing tracks in the grass) and the doghouse was not on a pallet, kept tipping over.  This had to be corrected as soon as possible.

Unfortunately the dog was so aggressive, the teams could not get anywhere near the dog or doghouse.  So after multiple tries to connect with the owner, it finally happened.

The doghouse was drilled on to a wooden pallet, lifting it up off the ground and weighting the doghouse down.  The team also discovered
the chimney cap was missing, so that was also corrected and the doghouse was filled with straw.

These doghouses have got to be drilled on wooden pallets, including the barn style and the dogloo.  They will just fill with mud, rain, moisture and snow which will then turn into a sheet of ice on the bottom of the house…. not to mention the dogs knocking the houses out of their reach. 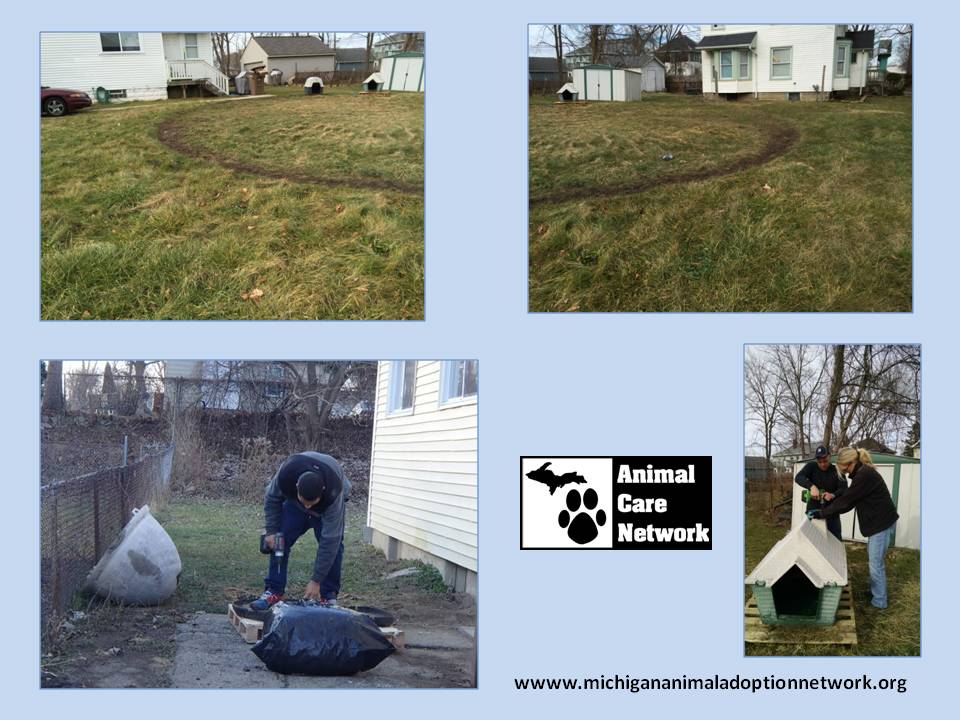