The Animal Care Network had been working on a household with FIVE pit bulls for months and months.  Not all the dogs got along with each other, none were fixed and this address was going to get messy, the two older females had already had litters.

We continued to persist and finally the owner agreed.  The owner offered to take the two older females in and ACN agreed to transport the three younger ones.

Low and behold the two older females arrived in a Taxi cab!  That was a first for us, but at least they made it for the appointment!!

Whew, that was a close one, between the breeding and fighting, this address was about to become a nightmare!

All of the dogs in this household are now all spayed and neutered. 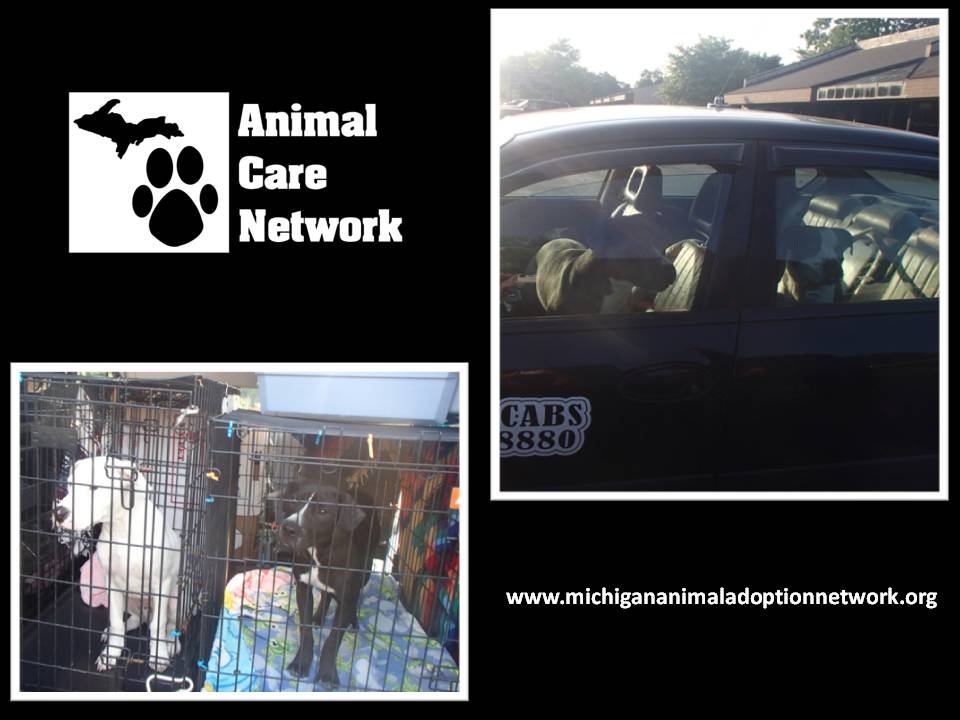