The Animal Care Network has eyes and ears all over in our target areas.

A citizen went to the grocery store and found a box with two very young puppies in the parking lot out in the elements. She immediately put the puppies in her car and called ACN. Then she decided that she would “sell” the puppies and make some money off them and did not want us to come and get them. No, no, no!

Dawn immediately responded to the call and was not leaving without these puppies! In the me…antime we were on the phone with the finder telling her that it was not a good idea to sell these very young  puppies and educating her on the bad things that could happen to them!

We were successful in rescuing them!

The puppies were put in a foster home, bottle fed and then adopted into great homes after being fixed!!! 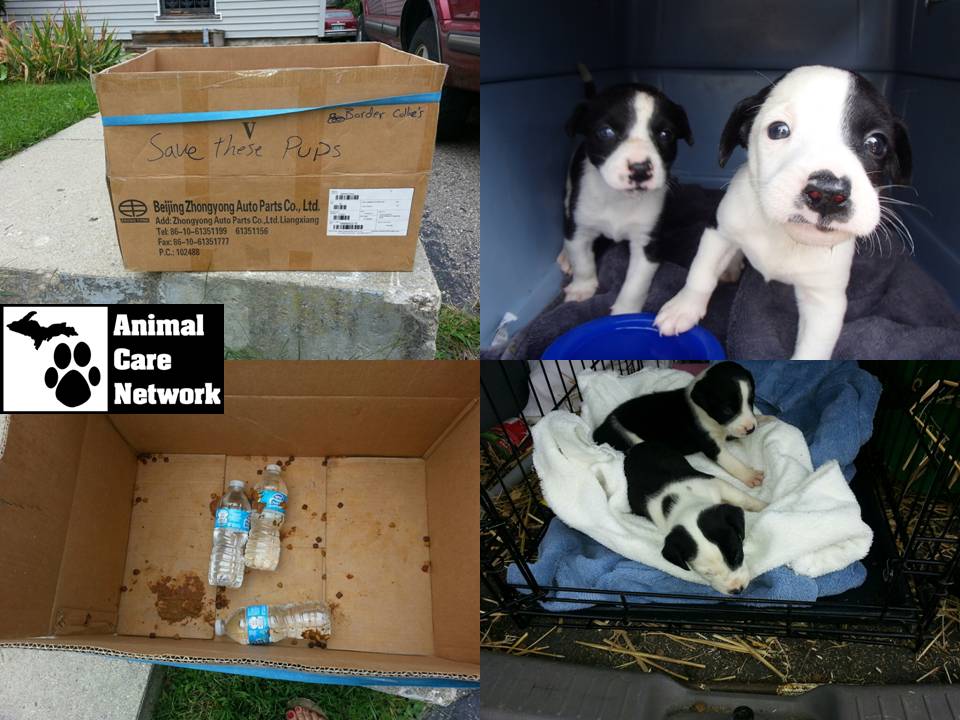