It was quite evident that this guy lives outside the majority of the
time. ACN volunteers noticed him a few times and the dirt path in the yard is a dead giveaway.

His owners were approached and states that he dogs come inside at
night and would not give him up. Since this nice Labrador mix was already neutered, he was provided with a new doghouse, on a pallet…
and filled with straw. We have confirmed that he is brought in at night which is better than most!

We also provided the owner with a big bag of food and ask that he be fed more.

In many situations, this is the best that we can do, educate the owner and provide the services that we do, and hope to make it better for the dog! He was checking out his new house when we left! 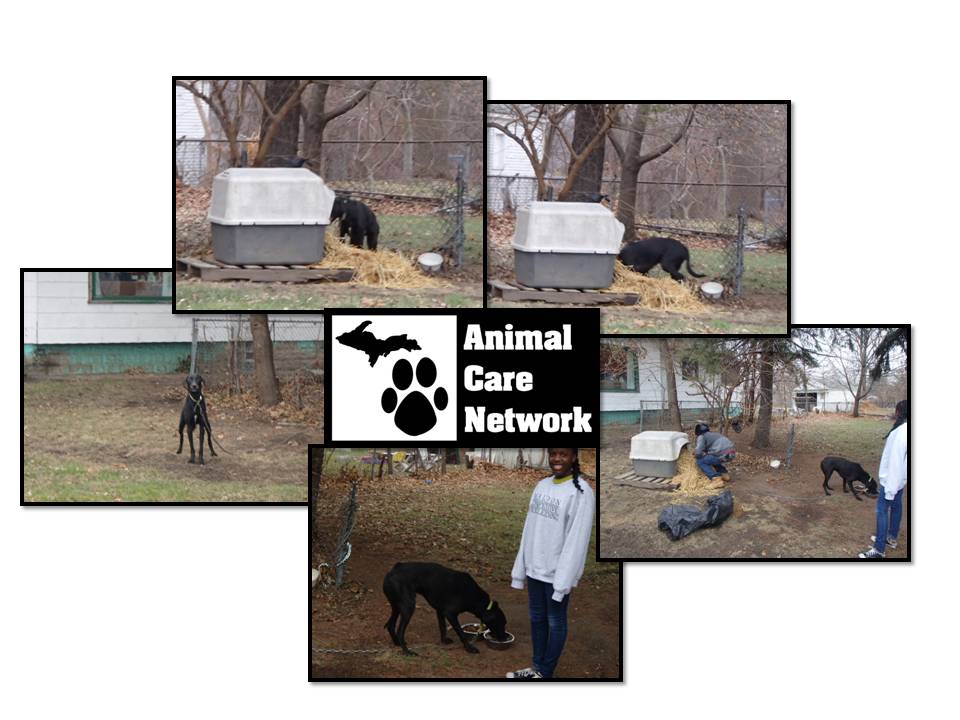