Some concerned neighbors called the Animal Care Network very upset because winter had arrived and Lucky refused to go in her doghouse.

Of course, the owners would not bring her inside, Lucky lives outside, on a chain 24/7.  She is “luckier” that most, because she is fed and  watered EVERY SINGLE day and has a super long chain (even though the yard is fenced? Again, no reasonable explanation for this).

Her doghouse was not on a pallet and was on a slant, tipping over, no wonder she wouldn’t go in!

ACN stopped by and sprung into action!  We put Lucky’s house on a pallet, filled it with straw, moved it onto LEVEL ground.

Lucky was very happy and excited for some new visitors and some attention and a big USA rawhide!

A few hours later, the neighbors called and said  “Thank you so much! Lucky is in her doghouse”! 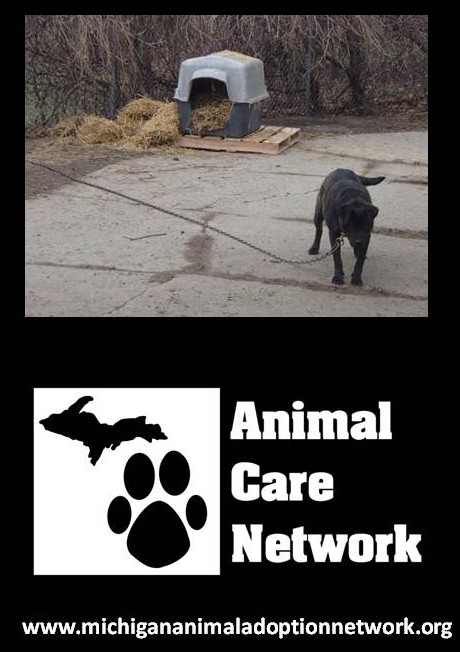