In November we told you the story of Rudolf, who was found late at night by some wonderful young guys. He was lying in the middle of the road, unable to move,  near death, hypothermic, skin and bones.

We were able to get Rudolf into the Michigan Animal Rescue League where he was medically nursed back to health (it took awhile) and when healthy vaccinated and neutered before adoption.

Well MARL shared this awesome picture with us of Rudolf going to his new home with a wonderful family with another spoiled dog!

As we state over and over again, in our target area people that don’t want their dogs or cats anymore “let them go”, they will even admit to it!  And to answer many questions, Rudolf was not claimed during his stray hold.  He was intentionally abused and neglected and left on the streets to fend for himself.  Thankfully these two young guys stopped for him, that is more than the previous owner did for this awesome doggy survivor!

Thank you MARL for your amazing commitment to the dogs and cats that you take from the Animal Care Network and for sharing stories such as this!!! 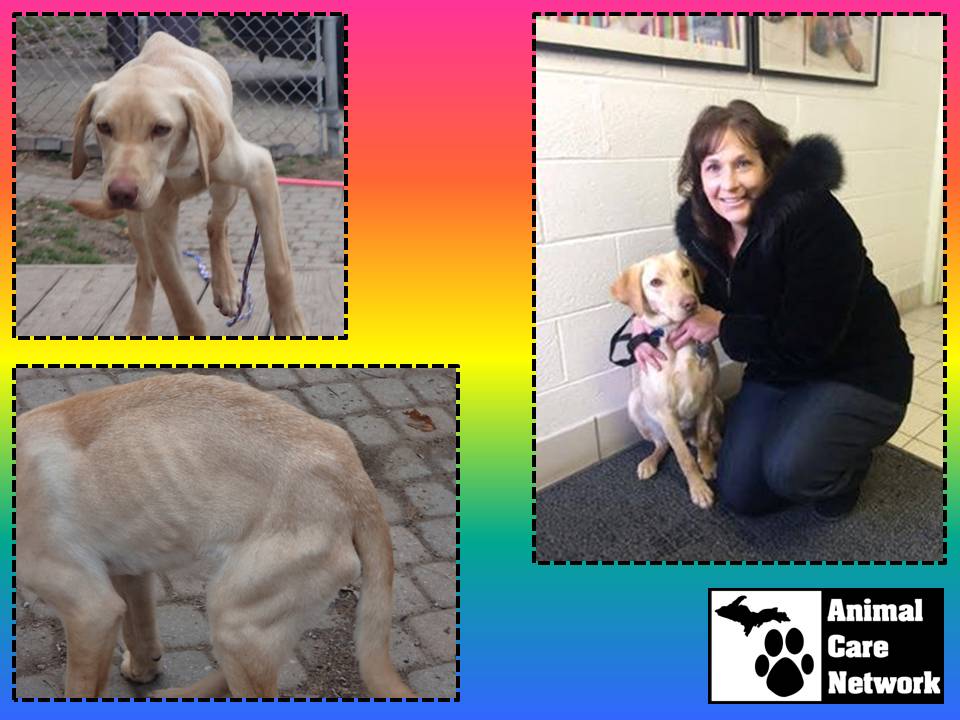