We just told you the partial story about Tupac, one of the stops on the weekend ACN Dream Cruise run and Edwina and Marcella’s efforts to help him on Saturday. Tupac had been attacked by two dogs in his own “backyard” a week earlier and his wounds were infected, infested with maggots. Tupac should have been taken to the vet that day and should have been inside, but that was not the case.

Monday morning we received a call from the owners stating that Tupac was having difficulty breathing and was not doing well. I knew that it was time.

I got there as soon as possible and thankfully made arrangements with. a local animal shelter/clinic to bring him there.

When I arrived at the address, Tupac was out front with his owners, who were all crying. He could barely stand and was really struggling to breathe. We gently lifted him into the rescue van. The smell of infection filled the entire van, this poor dog had suffered enough, we headed straight to the clinic/shelter. As Marcella stated, this tips of his ears told the story of his life.

Tupac was not “killed”, he was humanely euthanized by loving and compassionate hands and hearts. A decision on behalf of Tupac was made and tears were shed by all of us who knew him and tried to help him.

This is about the thousands of dogs that our volunteers and volunteers everywhere try to help, rescue and take care of. This is the culture that we are working in every single day and it is a battle every single time we go out. Sadly, programs such as ours are necessary and will continue to be necessary for many years to come. We give it our ALL, we give it everything that we have and do not always have the luxury, feel good, of a happy ending. Many of our endings are tragic and heartbreaking just as Tupac’s was, but we cannot give up because we are MAKING A DIFFERENCE in our little corner of the world. Had we not been there Tupac would have suffered even more and even longer.

Bravo to our Edwina, Marcella and All About Animals Auburn Hills for trying to help him. This situation was reported to animal control.

Rest in peace, Tupac. We will carry on our mission in your honor and your memory and the many more before you and after you. 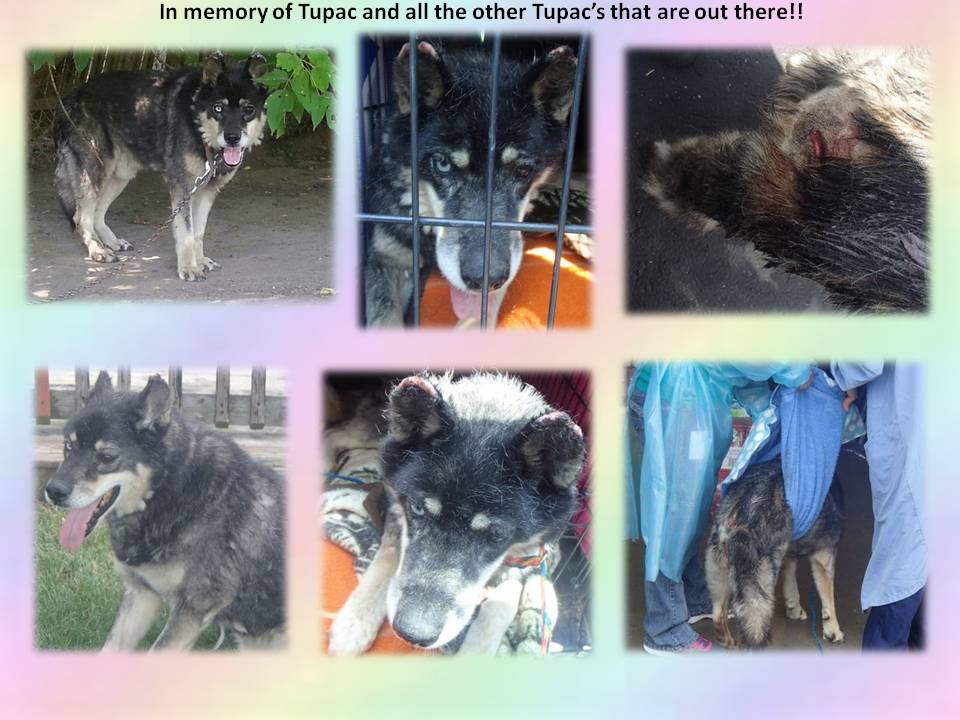