This is what can happen when you leave four unfixed adult pit bulls outside unattended for days.  The lack of socialization affected these dogs temperament not only with people but with each other, chaining, not enough food, not enough water, not enough attention, not enough love.

Two males that were not neutered, two females that were not fixed after multiple attempts and offers to get these dogs fixed for free. The owner would not cooperate, was NOT interested.  We had many many complaints about this address which we referred to animal control and the authorities.  The dogs were becoming more and more aggressive towards people and towards each other, the mother dog had already had three litters and two of the puppies from her last litter now grown.  So many accidents waiting to happen, fights between female and female in heat, fights between males over females in heat or something else, inbreeding among other things

Well here is the end result, the dogs started attacking each other nearly killing the mother dog, with neighbors doing everything they could to stop the fight, to no avail. The owner no where to be found.  Finally someone got in touch with the owner and animal control was paged after hours by the Sheriff’s department thankfully.  All four dogs were taken, they were all severely injured.  This was literally a blood bath.

The sad news is the guy across the street had a litter of pit bull puppies in his garage, he also isn’t interested in fixing his dogs, so we believe the owner of the dogs that fought will end up with two more puppies and start the cycle all over again, even though we hope that they have learned from this tragic, horrible incident.

We will continue to monitor.  This is what we are up against at many addresses but we continue to try!!

Sadly, this happens much too often in our target area, we educate, educate, educate on what can happen when dogs reach adult hood and are not fixed regardless if they are related or not.  So many times these incidents can be avoided with early spay neuter, proper socialization, adequate food and water, and not leaving your dogs chained, locked in the garage and isolated for long periods of time.  Could be an accident waiting to happen and boy was it ever in this situation! 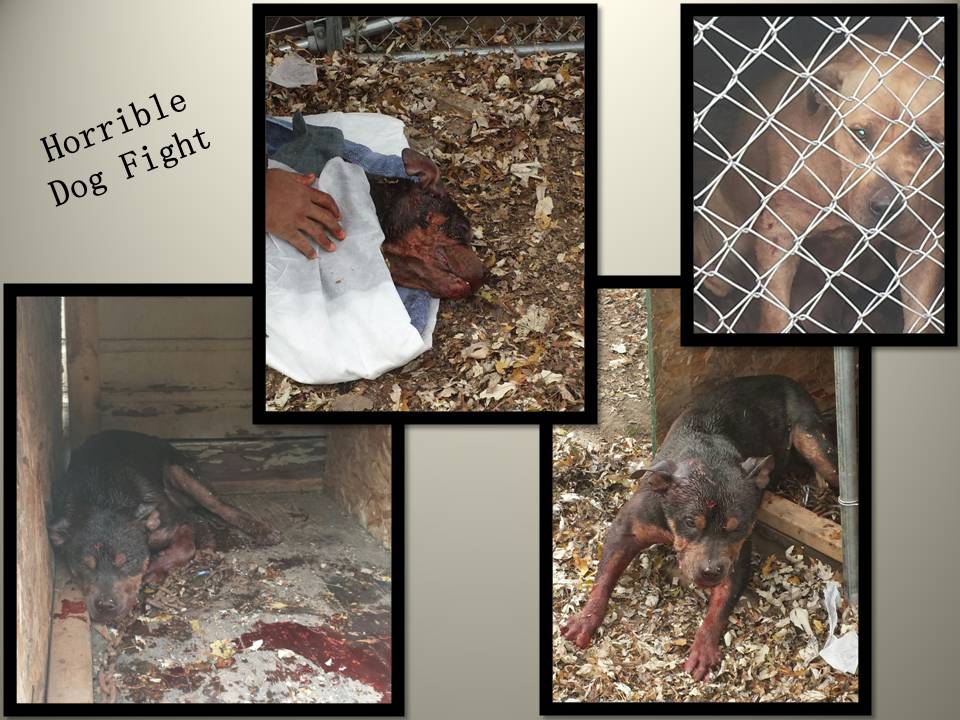