The Animal Care Network kept receiving calls from a concerned caller about two dogs being kept outside with no shelter, in the snow, and sometimes in a wire cage sitting in the snow.
We even received anonymous photographs of the dogs.

Each time we responded no one would answer the door, we couldn’t see into the backyard, locked privacy fence. Animal Control was called on multiple occasions.

An inspector checking out the inside of the house was concerned when he saw two dogs in the filthy basement in a feces urine filled cage that were skinny. He expressed his concerns to the owner about the dogs. Finally the owner did the right thing and called the Animal Care Network to pick up Laura, the white dog. We responded immediately and he had already given the brown puppy to someone else, we were not happy.

Laura is doing very well in a foster home, putting on weight and being completely retrained. She is totally deaf and will need a special, patient home. Due to lack of proper care and exercise and being left in a crate for days on end, she will scream
for quite a while when put in a crate. We are working with her very patiently.

Laura would also like to know why we tried to but Easter bunny ears on her. She says “I already have rabbit ears silly people.” 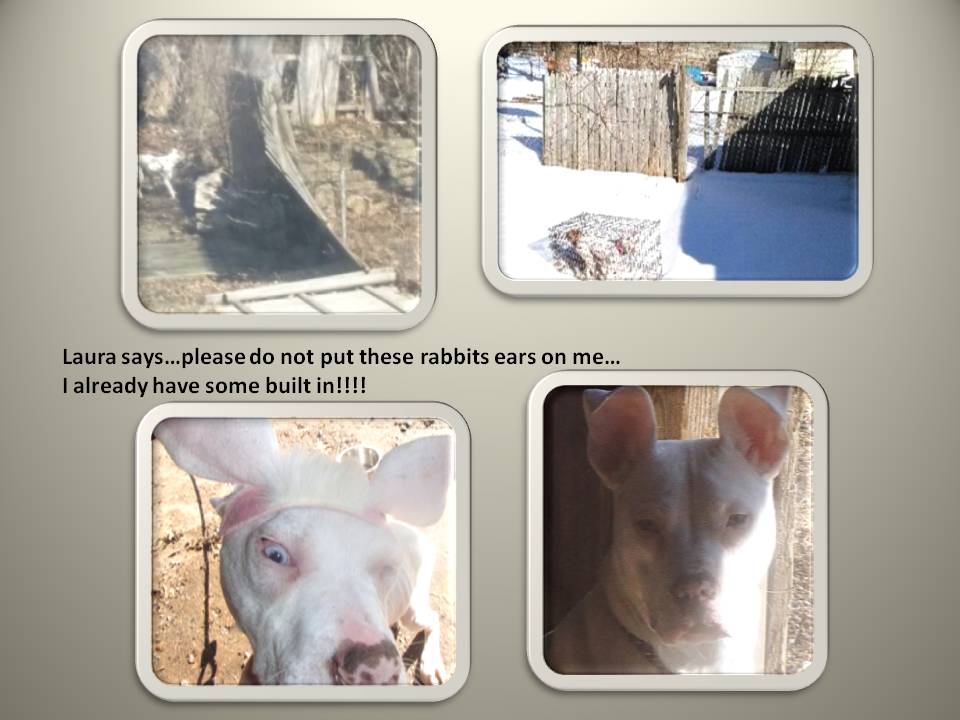