As we have said many times, our target areas are filled with cats and kittens, struggling to survive.

Many of these poor kittens are so flea infested they are severely anemic which can kill them. The ACN phone receives dozens of calls every week requesting help for these poor souls.

This photograph is heart wrenching to see, but we must always tell their stories, good or bad, happy or sad.

These two kittens were found in an alley, they were clearly not littermates because one was twice as big as the other, but it was obvious they were friends.

A kind hearted Samaritan found them and brought them to safety and called ACN. Unfortunately it was too late, the grey and white one was dying and the orange one was not far behind. Both had severe upper respiratory infections, were malnourished and dehydrated and to compound that they were infested with fleas, so anemic that their gums were white.

The grey and white one was actually hugging the little orange guy who stayed right with him. It was as if they were comforting one another, this brought tears to our eyes and broke our hearts.

We had these little souls humanely euthanized by loving hand and loving hearts. They found comfort in each other while they were struggling to survive and left this earth together as well. God Bless them and all the others out there waiting to be rescued!

What is the answer to this tragedy?

Spay and neuter so that others are not born to suffer this way.

If you can no longer keep an animal, please take it to a local shelter or rescue group, rather than abandoning or leaving them to fend for themselves. 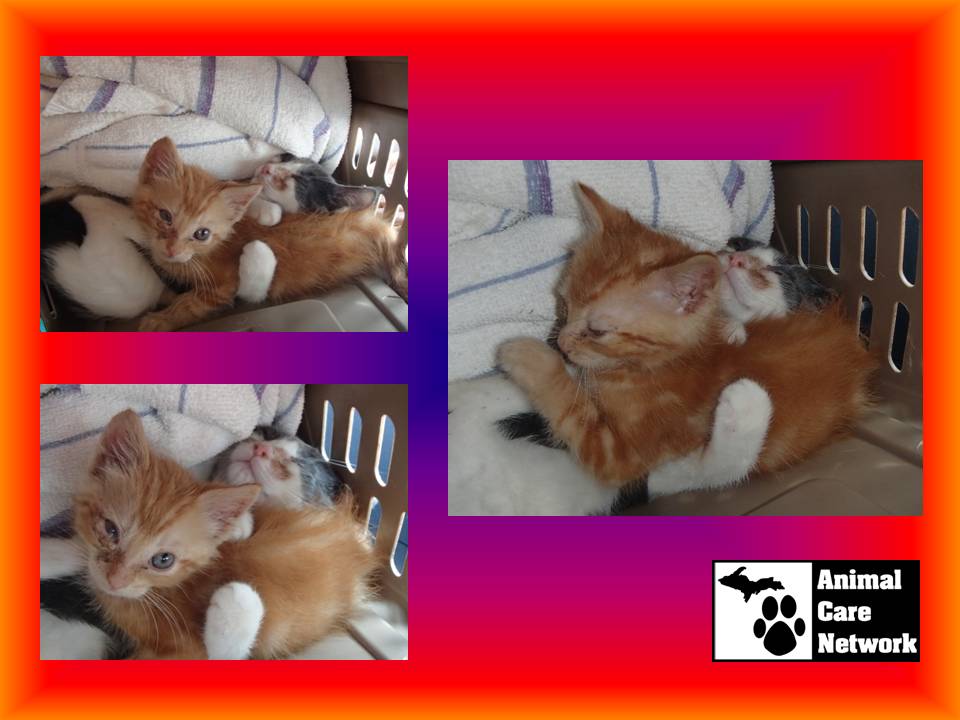