What charming creatures crows can be!!

Someone rescued a baby crow after he had been picked up by a hawk and was being carried away. The person screamed and the hawk dropped the crow. He was pretty roughed up so they called ACN for help.

I picked up the crow and set up a nice big pen enclosure for him in my garage, not thinking he was going to make it. All of the wildlife rehabbers were full. I read everything I could on how to rehab a young, injured crow and did everything that I read. He started feeling better and healed, was eating on this own and was ready to fly. He would fly around my garage and then come back to sit on the top of his enclosure. He liked to take food and things and hide them in a little belfry that I made him. He also loved to take a bath in the
big dog water bowl and sometimes hopped on the ground following
me. I handled him as little as possible.

We had a group of crows in our neighborhood that came to feed but they hadn’t been around in awhile and my reading told me that crows are very social and should be with other crows.

One morning I heard the crows come back, so I thought this was the right time to let him go. I opened my garage door and he sat for awhile then flew out, then sat for awhile and flew into the tree. He flew just fine and stayed in that tree for awhile and then I assume he left with all the other crows. It was hard to let him go, silly to cry about a crow I know, but I just wanted him to be safe and okay. I prayed that he would be okay out in the wild and blend in with the crow family. Silly how attached that I became to this odd little creature and I often wonder how he is doing and if he is one that still comes to visit. 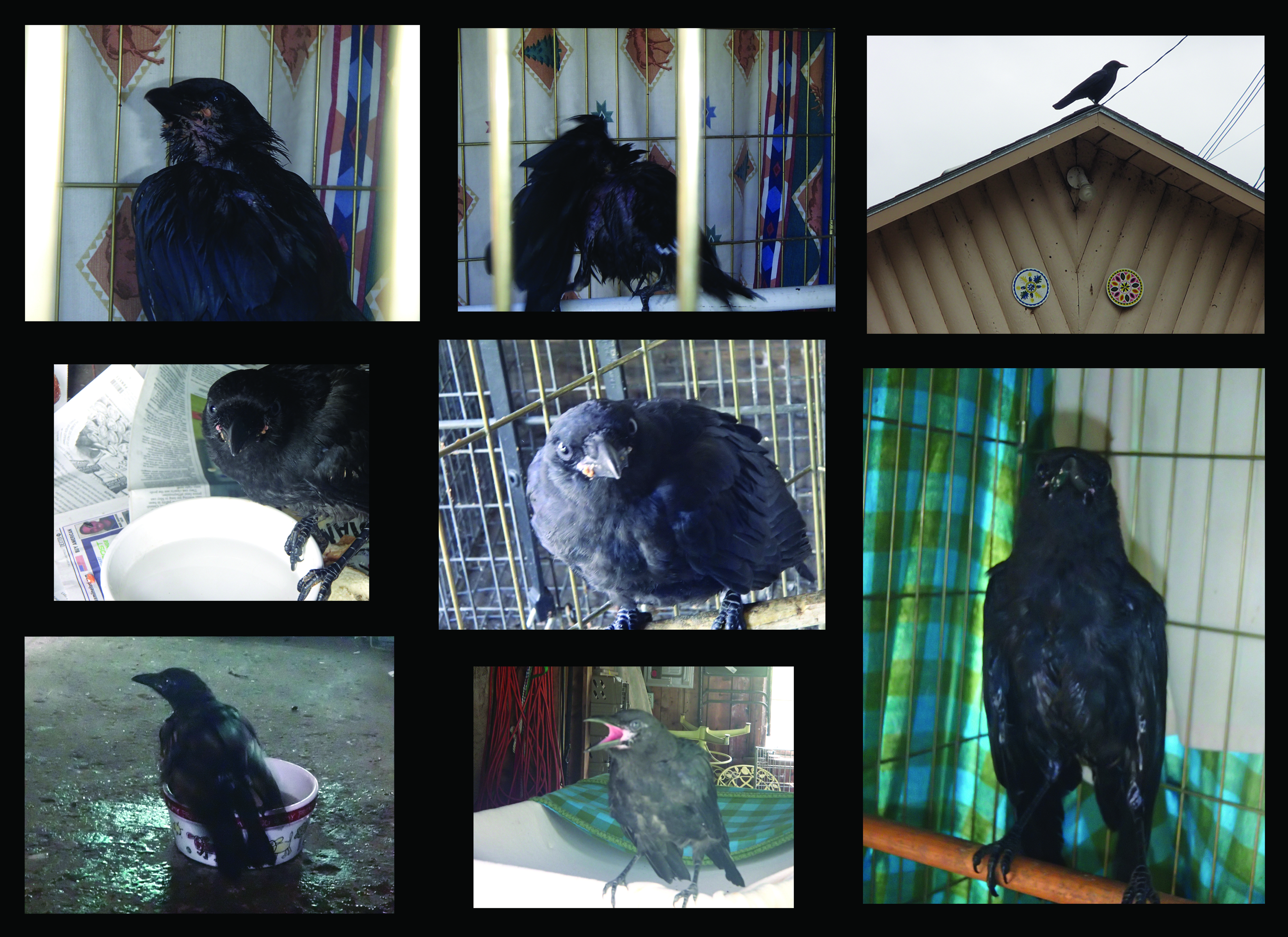