The Animal Care Network is very thankful for the animal lovers in the community that alert us to dogs and cats in trouble.

ACN was called about two dogs that were locked in the garage of a condemned boarded up house, crying and howling was coming from inside.

The Animal Care Network responded immediately as did the local Sheriff’s Department. Both dogs were emaciated, we were able to get the one dog without issue but the second dog was completely tangled up and stuck underneath a tool chest and was not happy to see us. We certainly WERE NOT leaving without him regardless of his temperament, which was very understandable given his situation.

After some soft maneuvering, treats and patience we were able to untangle him and safely get him removed from the garage and in the rescue van. These two were in terrible shape, emaciated, dehydrated and obviously used for breeding and/or fighting, they were exhausted, very untrusting and aggressive.

The dogs were taken to a foster home to chill out, rest and enjoy some food, water and comfort. They will be safe and warm until they are temperament tested.

We shudder to think what was in store for them had the neighbor not called!

A big thank you to the Oakland County Sheriff that assisted with this rescue!

Donate to our Winter Fundraiser at: https://www.crowdrise.com/MAAN2014winterfundraiser 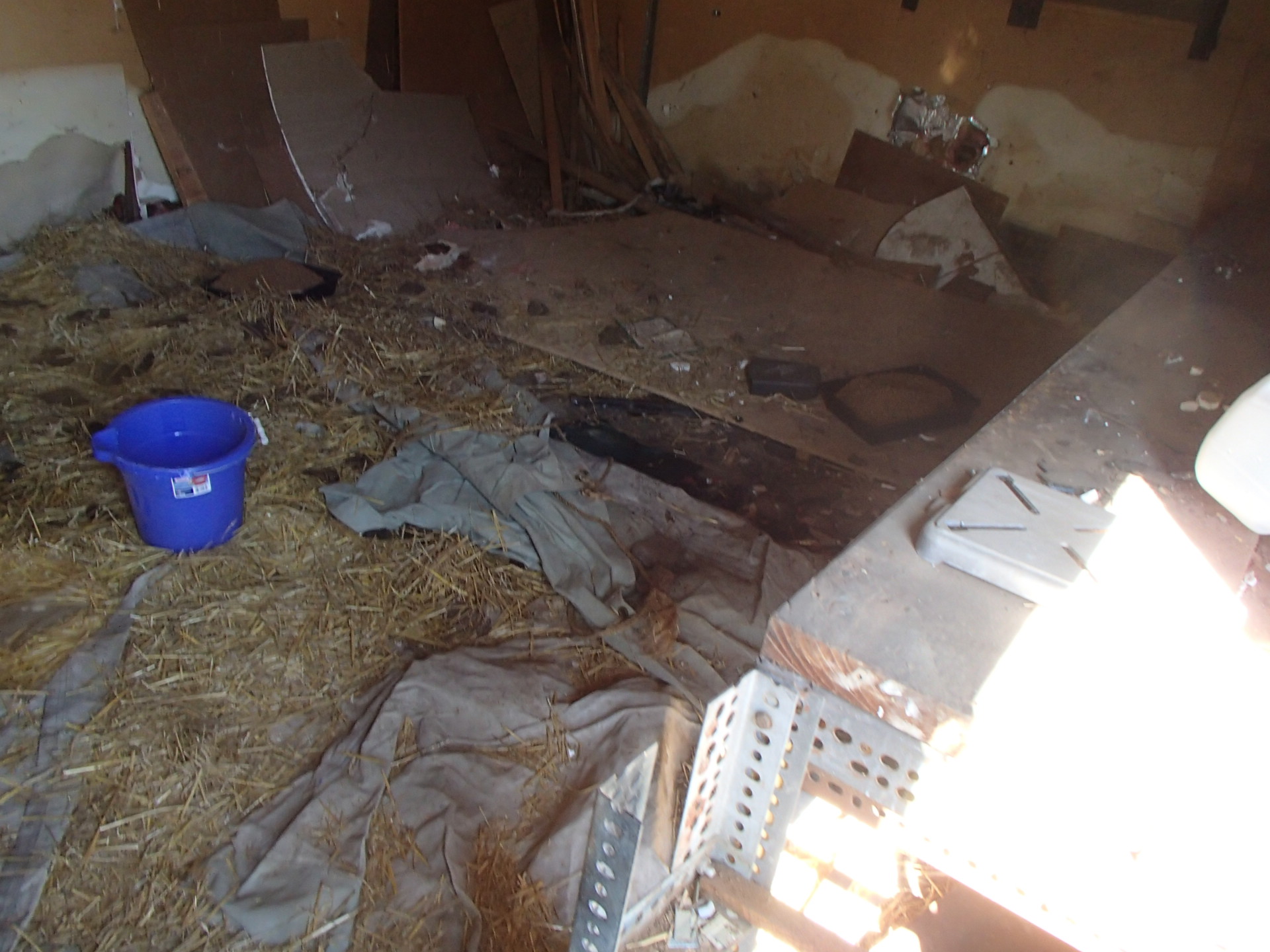 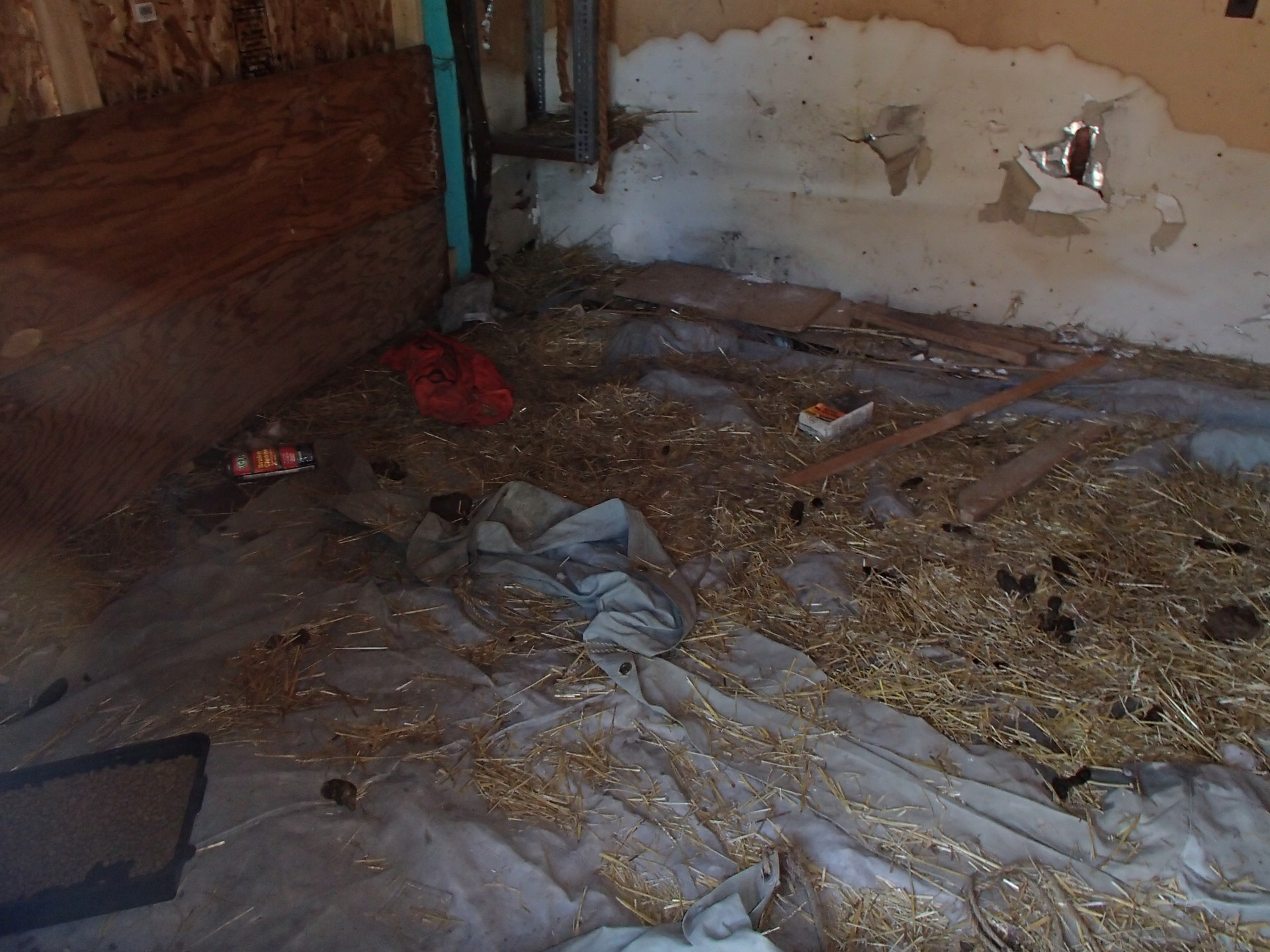 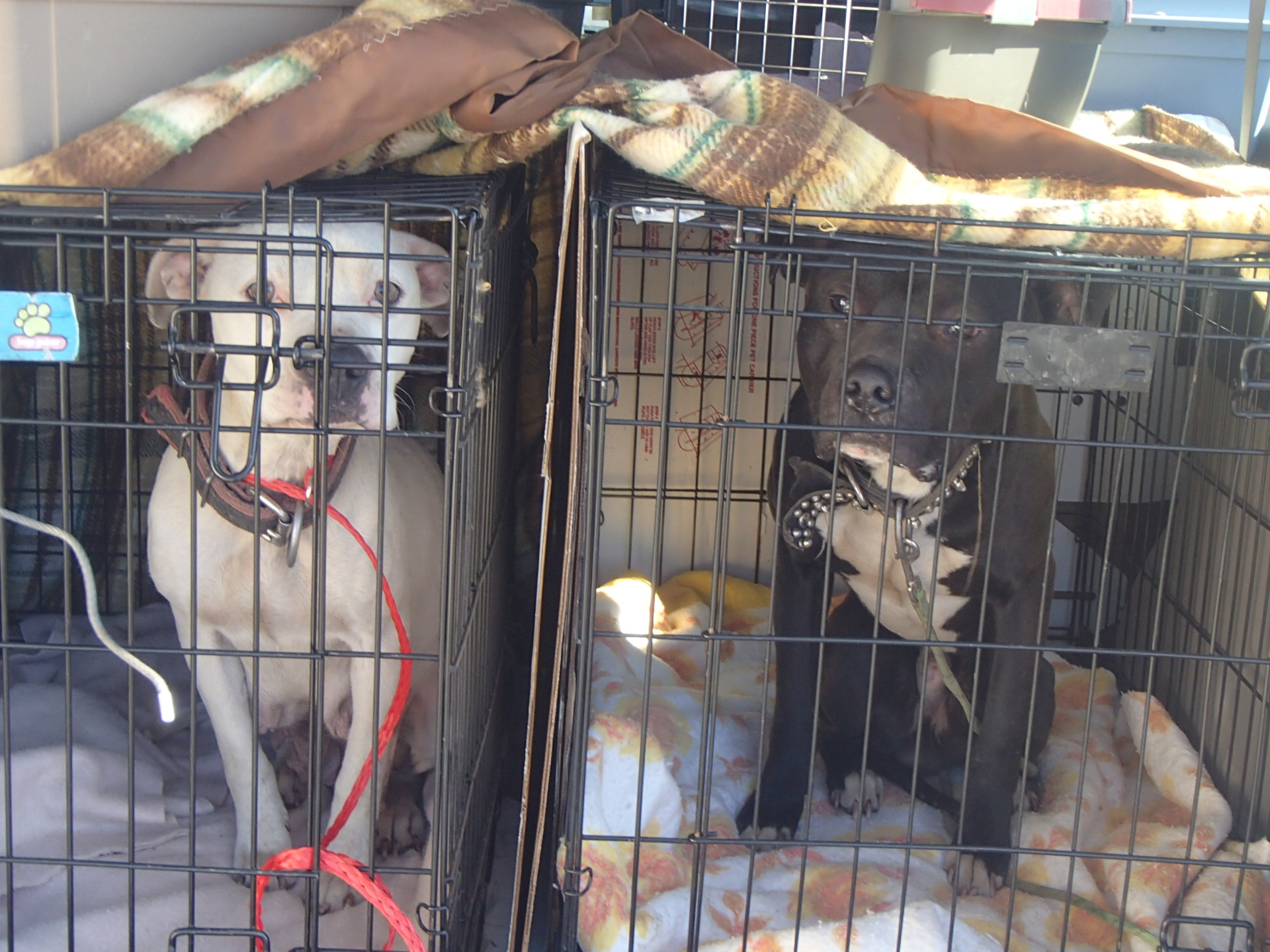 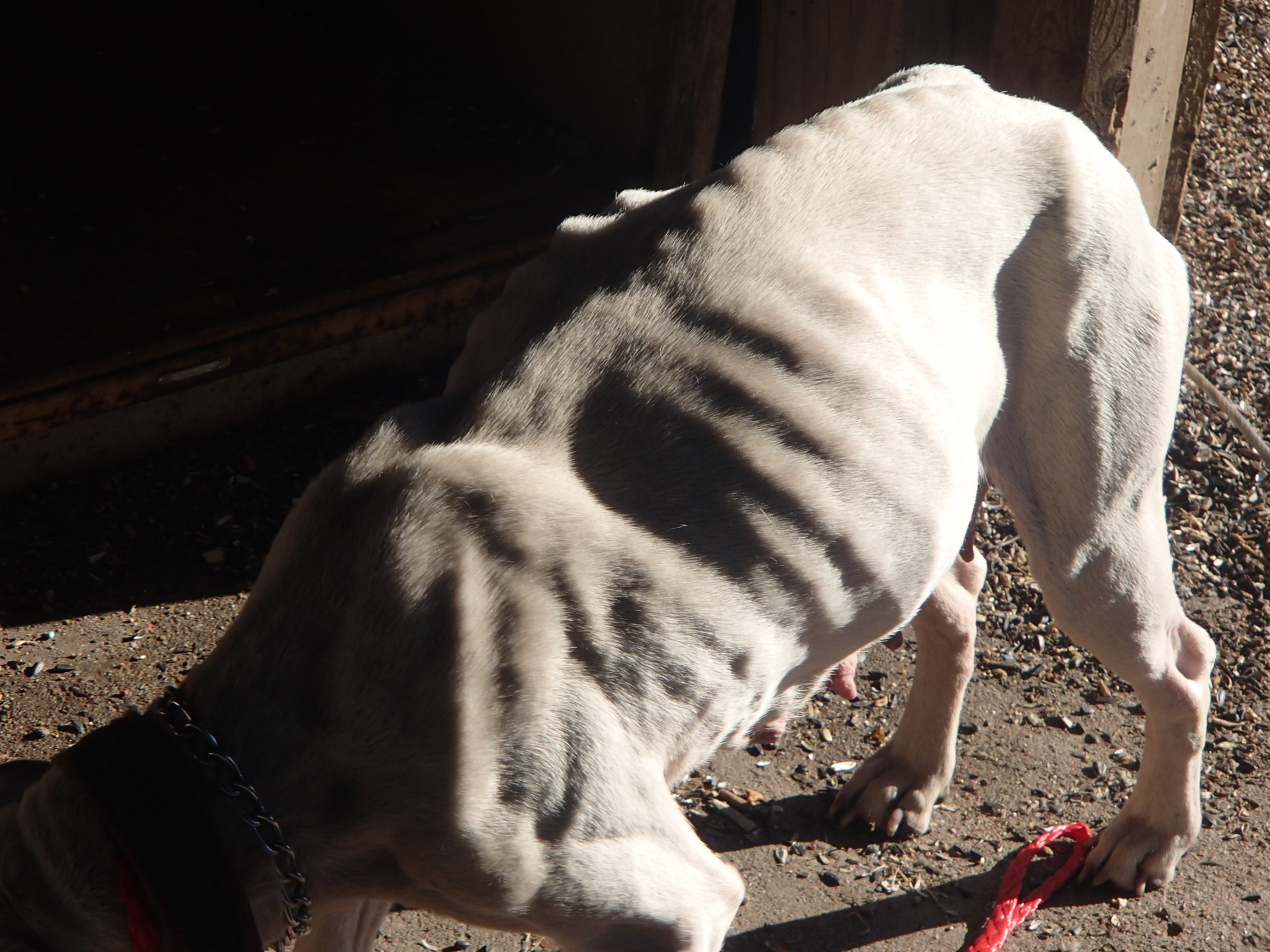 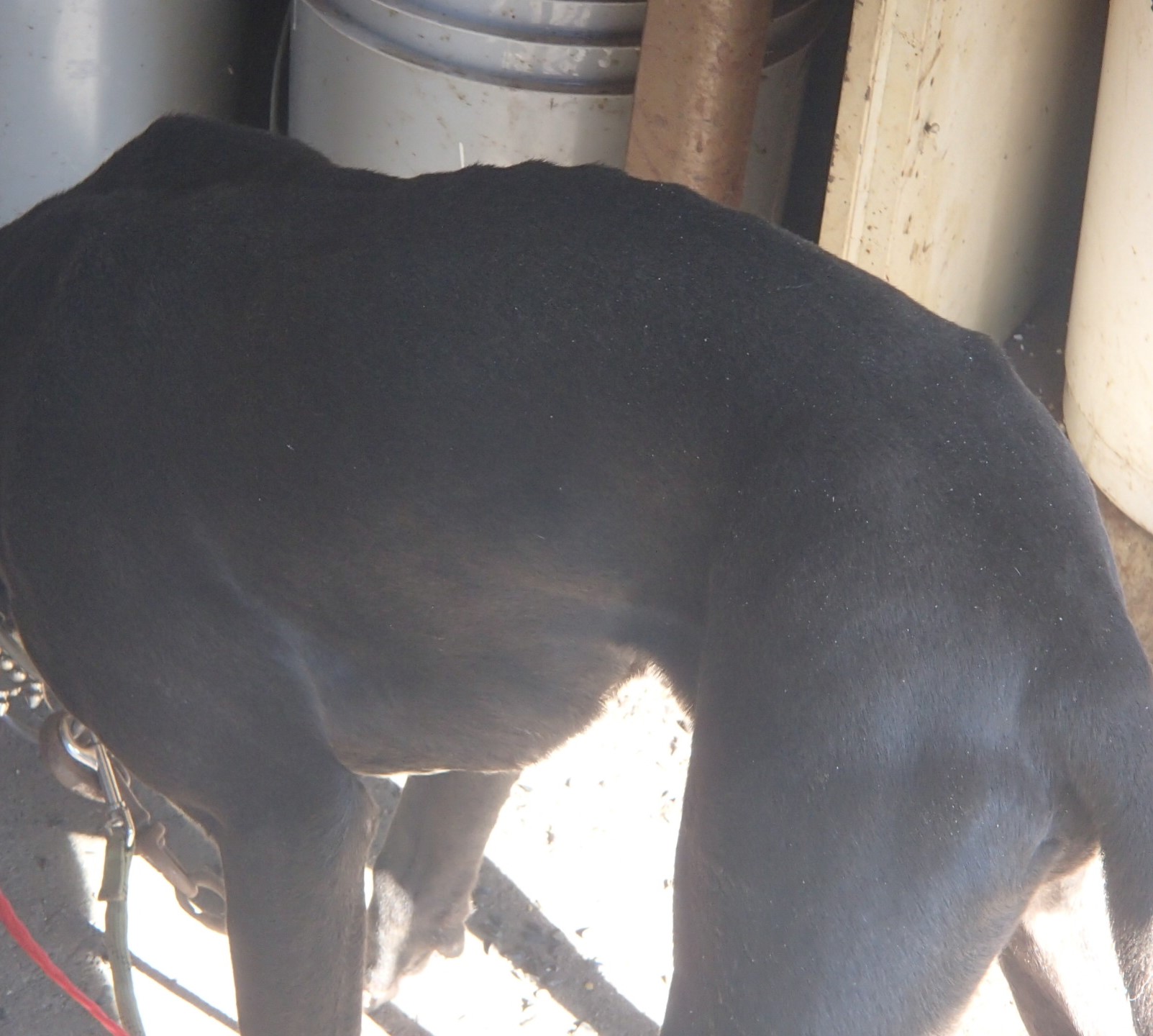 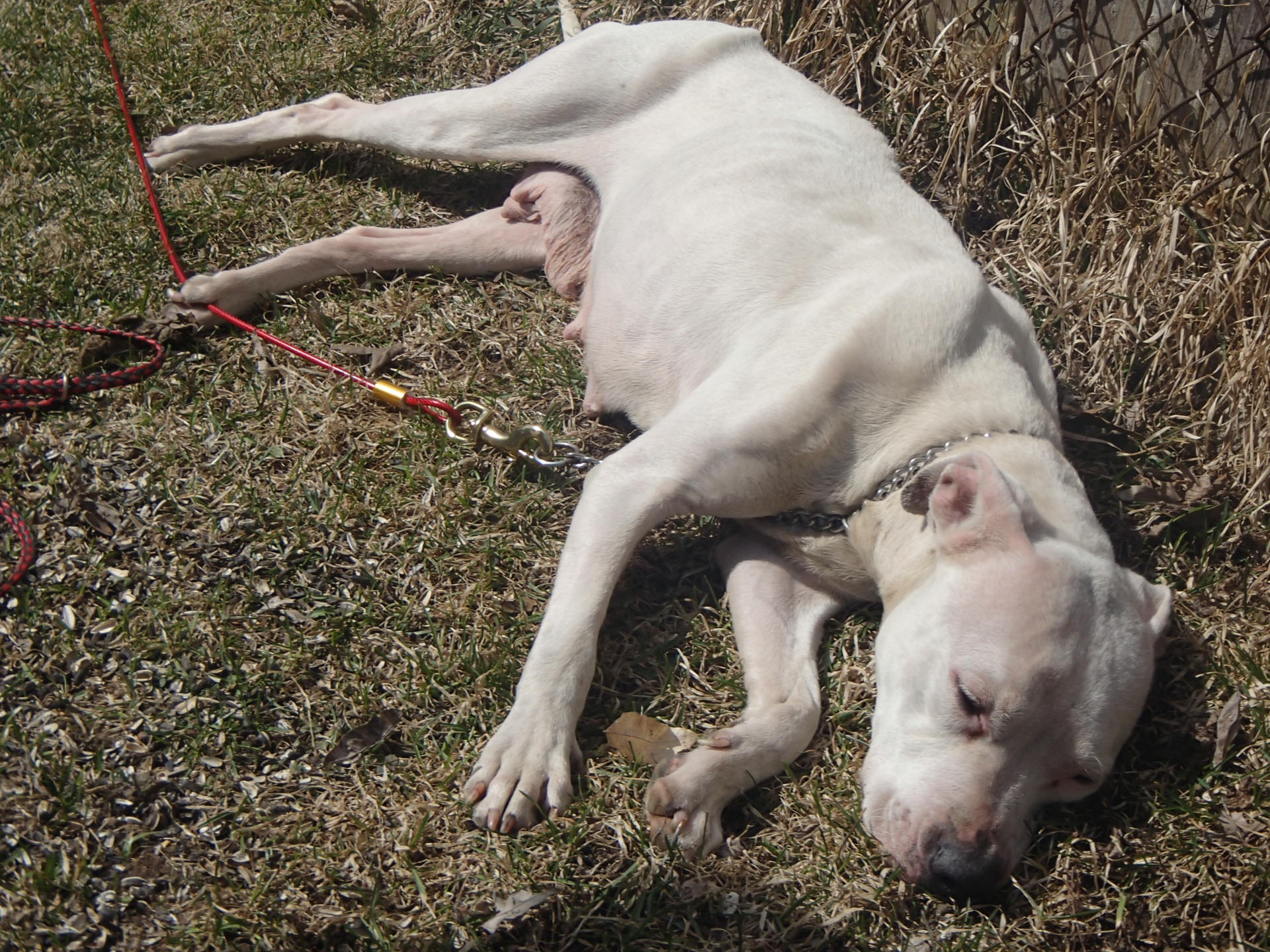