The ACN received a call in the middle of the night during the first cold spell of the winter about a dog that was on their front porch trying to get in the front door.

ACN responded first thing in the morning when the message was received. The dog had stayed there all night. This senior citizen was nervous to let the dog in her house because she had a small dog and a cat and was elderly, but put out a blanket and some food and water.

Upon arrival we found a very skinny (the pictures definitely put on pounds in this case) scared and cold mixed breed dog curled up still by the front door. It only took a minute to befriend her and she was put in the rescue van to warm up.

Not only was she trying to get in the woman’s front door, but she had chewed off the doorbell and was trying to open the door by the knob.

What a smart dog!

Named Riley, she was put into foster care, nursed back to health, spayed and was adopted through one of our rescue partners.

Many people will be upset that the woman did not let the dog in her house, but at least she did something by putting a blanket and food and water out and she also called someone for help. Lots of people in our target areas will throw things at stray or abandoned animals and aggressively chase them off.

It is better to do something than to do nothing if you see and animal or a person in trouble!!! 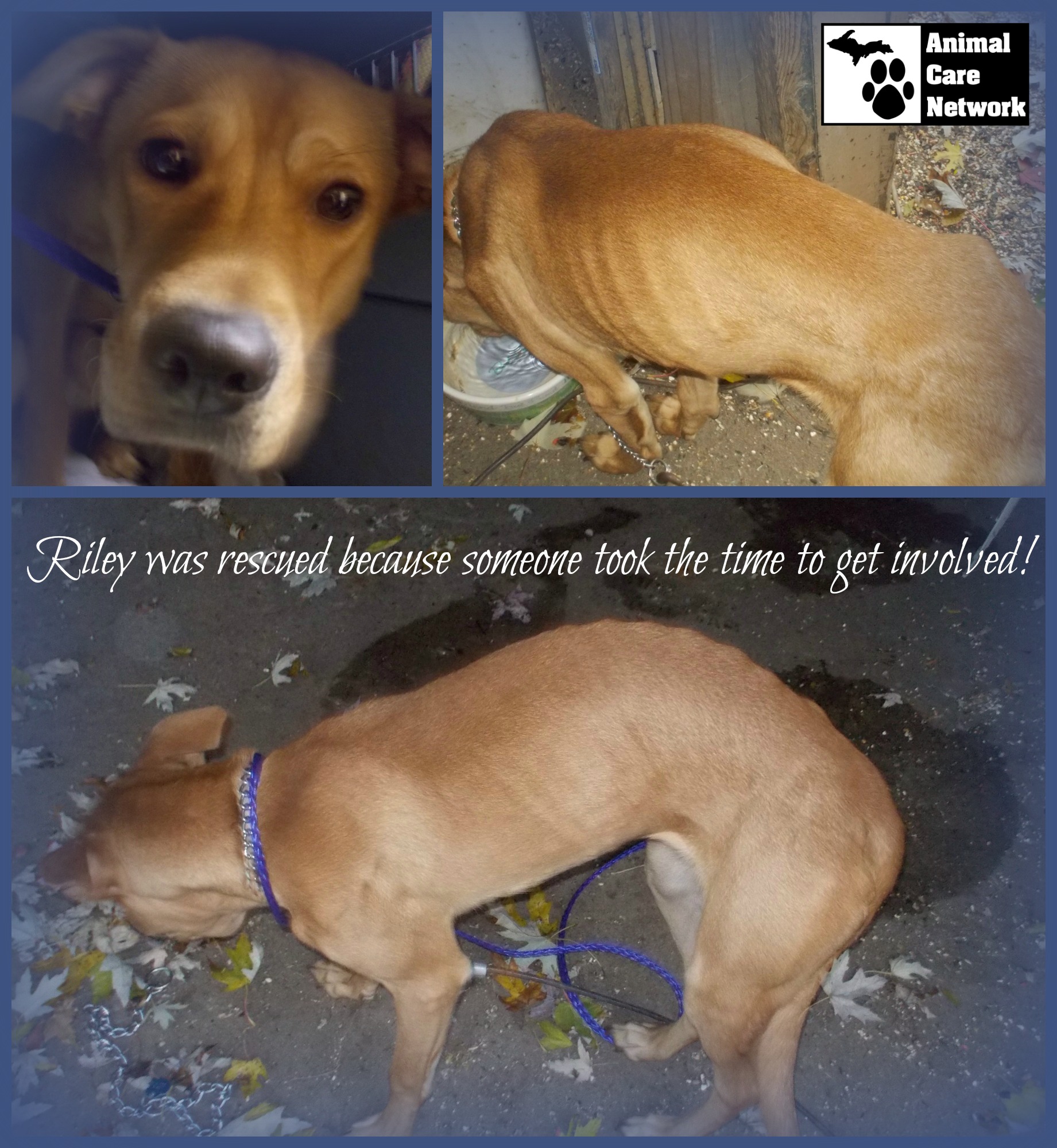