The Animal Care Network has target areas that we must focus on in order to make change and continue to make progress in our mission.

Every now and then we receive calls and we are compelled to help if we are able.

We received a few calls from Flint lately. The first pet owner got our number from a friend in our target area and we felt compelled to help. They had a litter of puppies that they needed to give up.

Thankfully our Kim Montgomery doesn’t live too far, so she offered to go get them! She was able to get eight “low-riders” mixed breed short legged adorable puppies. Thank you to the Michigan Animal Rescue League who took them into their adoption program.

We also immediately had the mother and father dogs fixed again
thanks to All About Animals Flint transport program!

Well, word of mouth began, and we received two more calls from families in the same neighborhood in Flint that wondered if we could to the same thing to help them!

A big thank you to MARL for taking these animals in to their adoption program and also for participating in early spay and neuter so that these puppies and kittens are not reproducing down the road. Every single puppy and kitten that are adopted out not spayed and neutered, can potentially add to the pet overpopulation problem!

Also thank you to All About Animals for providing a spay/neuter transport program for the Flint area. Lord knows that area sure does need the help and more programs like these!

The Animal Care Network is limited in funding and volunteers therefore we do focus on Pontiac and Inkster, but we are happy that we were able in these three situations. Even though it is a small feat, we were able to rescue 17 puppies and kittens that could have been passed out and adding to the pet overpopulation problem later and we also got 8 dogs and cats fixed. 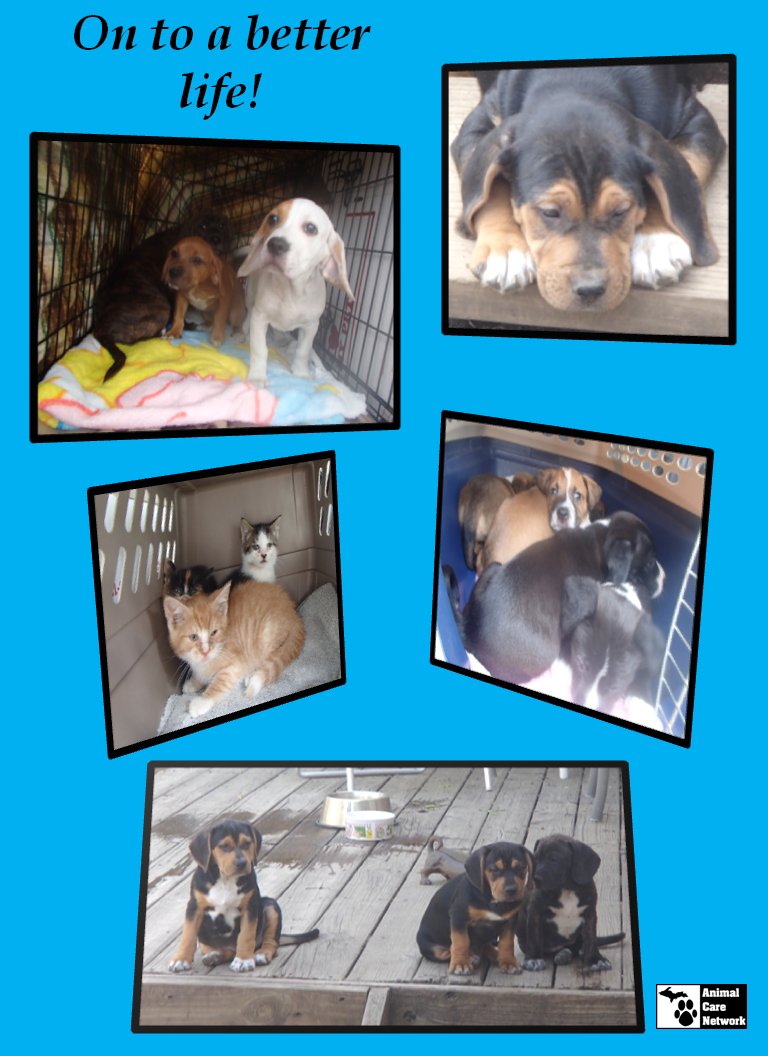