On their way to the ACN storage unit early one morning, Kim and Rose spotted a muddy, dirty Cocker Spaniel type dog running by one of the ramps off I 75. She came out of a very marshy, swampy area on the side of the expressway. They attempted to catch the dog but she just bolted across the busy road and they could not get any where near her.

They called me immediately so Frankie and I headed over their to help in the search and rescue. We drove around circle on South 75 and North 75 for quite a while with no sighting.

Then miraculously we spotted her way up on one of the overpasses on the opposite side of 75, with another kind couple stopping to help.

Frankie leaped out of the vehicle, crossed both lanes of busy 75. You should have seen him shimmy up the cement wall and quietly and calmly befriend her and carry her all the way back down safely and secure in his arms. He walked with her to a grassy area next to a ramp while I circled around to pick them up.

While Frankie was sitting with the dog waiting, the dog’s owners spotted them! They had been out looking for her the entire night. They were involved in a car accident the night before, when the dog bolted from the vehicle and took off scared into the marsh.

They had pictures of her on their phone. She normally doesn’t look this scruffy but she had been in the swamp, weeds and marsh all night and morning. The dog was so happy to see them and the owners were crying and so thankful. 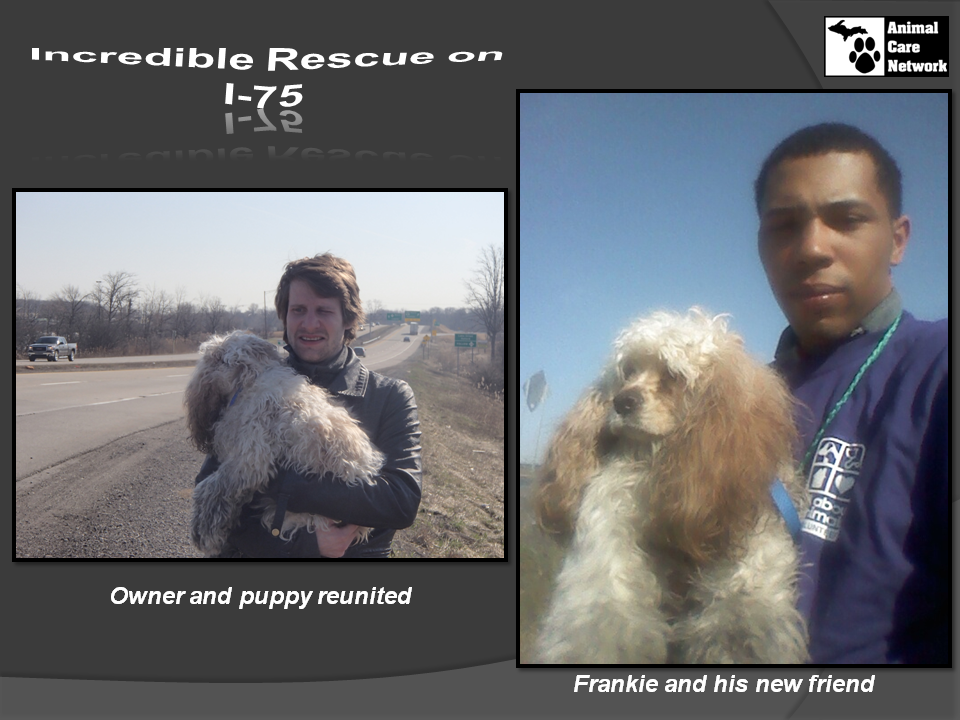