The Animal Care Network has known Kevin, Angel and DJ for years. A couple years ago Kevin and DJ had a very bad experience with Jada, a female pit bull that had become pregnant and was unable to pass the puppies and became very sick.

Kevin and his friend took a cab to the vet and with no money and Jada’s condition being life threatening the vet recommended humanely putting Jada to sleep.

Kevin and his friend DJ vowed they would never put a dog through this again.

Since then they have both rescued new female pit bulls from bad situations and immediately called to have them spayed. In our line of work, sadly, not a lot of people follow through on their word, but these two guys did.

First came Lil Ma, who DJ rescued from a very abusive situation, she looked like she had a dozen litters, ACN had her spayed, vaccinated and she turned into a healthy and great companion for DJ, though her temperament was affected by her previous treatment and abuse.

Then came Nadia, the same day Kevin rescued her, he called to have her fixed. She was spayed and vaccinated and even received her follow up booster shots so she does not get the parvovirus.

Nadia is considered a part of the family, I drove by their house last weekend and she was out front with the family and the kids enjoying the nice weather and just as happy as can be. Since it was the last day to buy dog licenses, I even gave them a ride to Oakland County to buy her 2014 license which they were very proud of. SO nice to see a dog out front with the family instead of isolated and chained up in the back yard.

In this case education worked! How we wish everyone learned and listened like these two guys did! 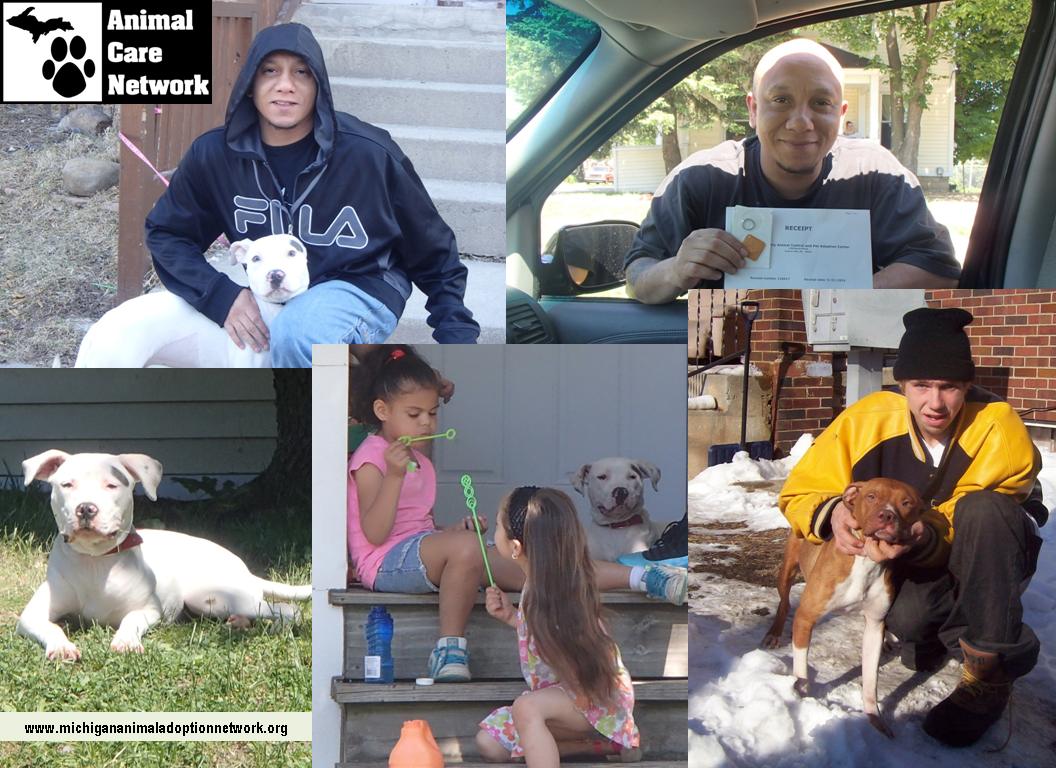