The Animal Care Network travels all the alleys in our target area and it is a good thing that we do!

We noticed these two brindle pit bull mixes living amongst quite a bit of garbage and chained up to doghouses. They were not skinny, but they definitely needed a lot of improvement. Of course, they appeared extremely aggressive given their living arrangements and environment, definitely protecting their turf.

Since the majority of the dogs live outside in our target area and it is not illegal to keep your dogs chained outside in the State of Michigan, we many times just have to make things better.

We approached the owner about free spay neuter and vaccines but he was not interested. Come to find out, these dogs actually had many different owners and their was a language barrier. So we had to speak with so and so, and then speak with so and so, and then they had to talk to someone else and talk to the wife and on and on and on. Who’s dogs are these, we really just did not know.

Six months went by of persistent rechecks by the ACN teams and guess what? Surprise a litter of puppies born in the alley.  The team was able to get only two of the puppies, the rest were sold or passed out on the streets and are now dead except for one. The two that the ACN team got were the lucky ones, because they actually got adopted to wonderful homes after being  spayed and neutered. We are NOT going to continue this cycle, no way.

So we continued to persist, even having one of our Spanish speaking volunteers Jocelin (thank you Jocelin) stop by to persuade them to get the dogs fixed.

FINALLY THEY AGREED, one of the owners called and said they wanted them fixed, our offer of free spay neuter and shots was always an open invitation!

The dogs were picked up in the transport van and taken to All About Animals where they were fixed and vaccinated.

Considering they had probably never been out of that backyard alley,  rarely off the chain, these two dogs Chocolate and Hershey were very good for their trip and very good patients at the vet clinic.

At least they are fixed and vaccinated now and they will not be reproducing any longer. The ACN teams check on them periodically and make every attempt to educate the owner on keeping their area clean, fly free, with ample food and fresh water. Sadly, this is the best that we can do at this address.

THIS OUTCOME WAS LITERALLY TWO YEARS IN THE MAKING. ACN DOES NOT GIVE UP!!! 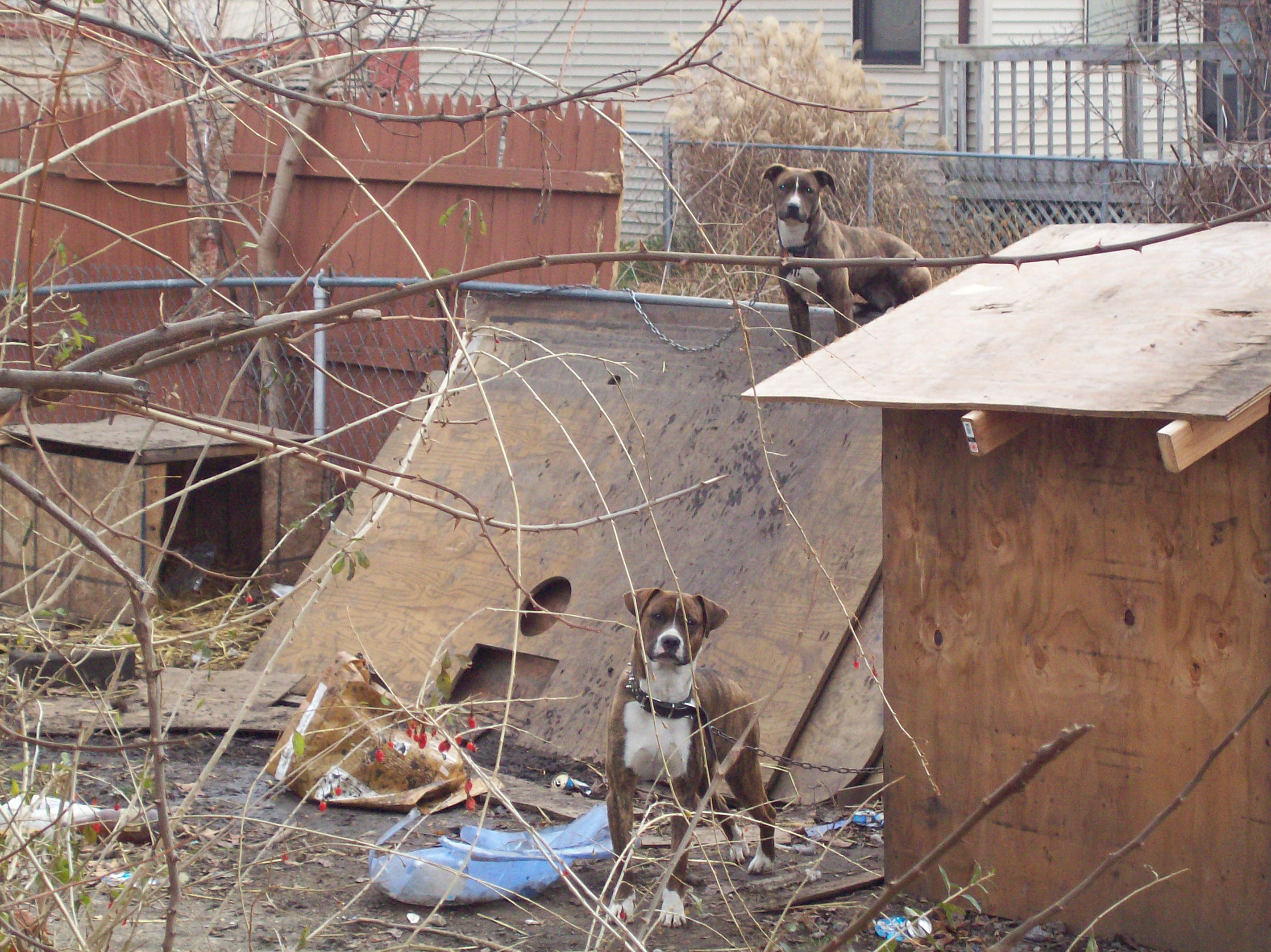 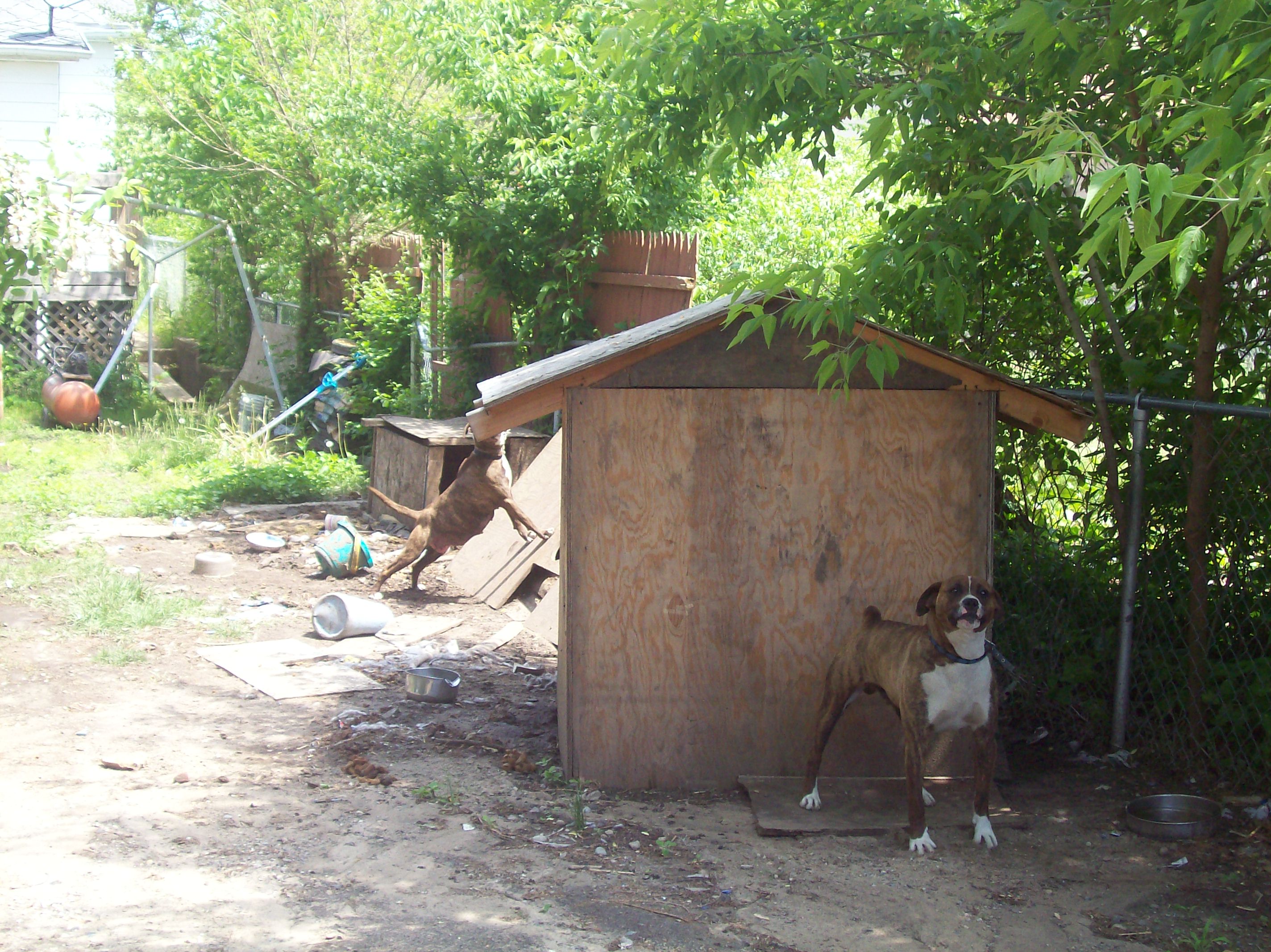 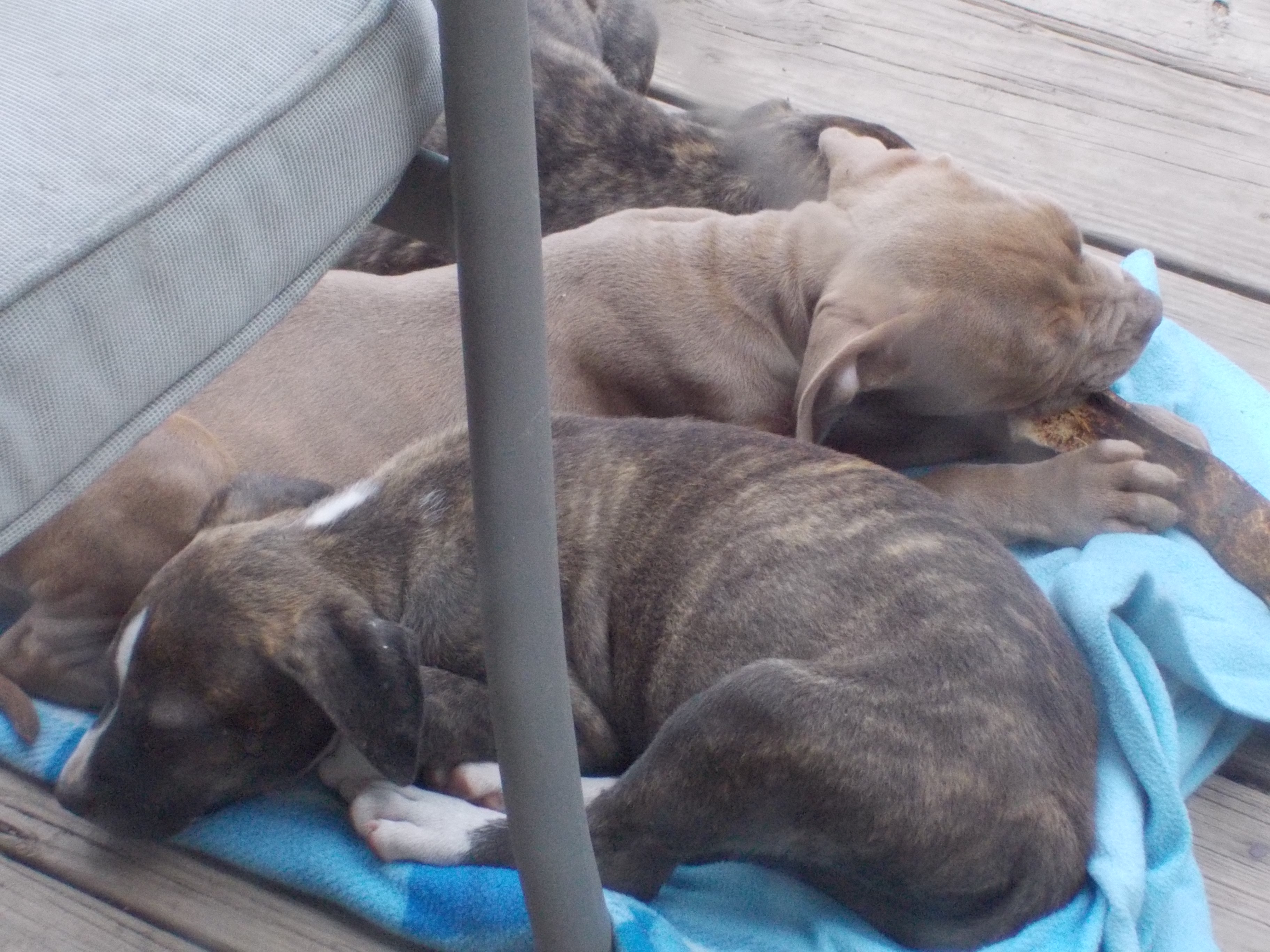 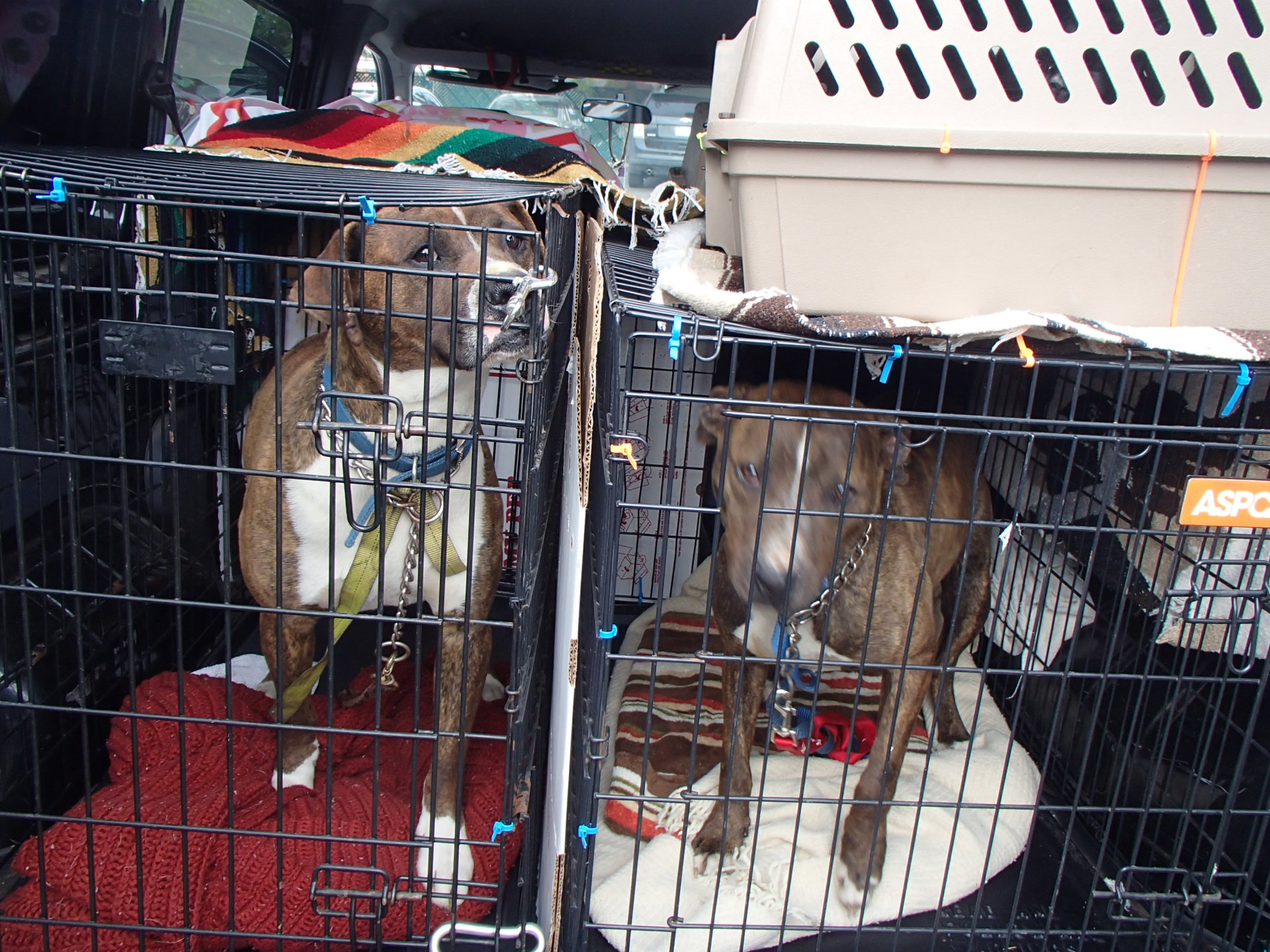 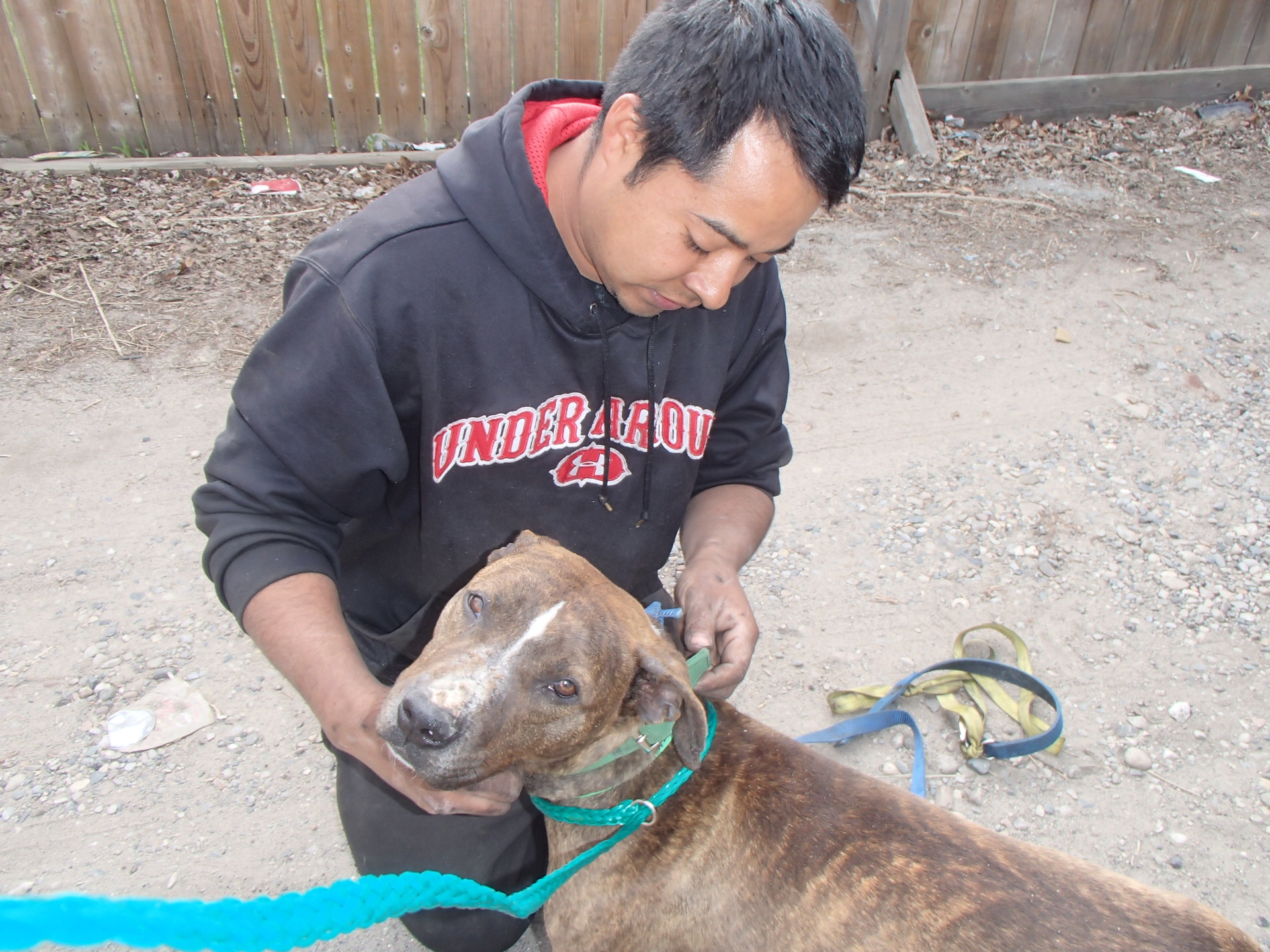