We can never understand with so many resources available in our target area, three animal shelters within a couple miles, the Animal Care Network program and low-cost vet clinics available, why horrible things still happen to these poor dogs and cats. There is just absolutely no excuse!

This is one of those stories, the ACN received a call about some cats that were left in a house when the owner became ill.  The caller did not call within a few days or a few weeks. He decided to call after the cats had been alone for a MONTH even though they stated they had left a big bag of food for them.

After attempting to gain access to the house and looking through the window the volunteers saw a dead cat on the floor, very disturbing and alarming. We called the relative
and demanded he get over there immediately to let us in the house. The smell and the fleas were horrendous, the fleas were everywhere, jumping on us, the worst infestation we had
ever seen. We made the relative go back in the house and bring out the poor cat that was hiding, she was in terrible condition. We wanted him to experience what these poor cats
were living in. The third cat could not be located and we are still trying to trap that one.

The cat that we did rescue was so dehydrated, she drank so much water, we had to take it away and give her stomach a rest. The white towel in the carrier was blood red after
just being in there for a short time. It was absolutely terrible. She was taken to the veterinarian, but her prognosis was grave, she was so dehydrated and anemic, her vitals
and condition was beyond repair. A few more days and she would have died like the other one.

Sadly, we had to have this beautiful cat euthanized. If they had only called right away, we could have gotten all three of them out of there and they would not have had to
suffer this long, brutal, slow death.

We experienced very much anger, frustration and confusion in this situation trying to figure out why we were not called earlier, but not getting any reasonable answer. So we move on to the next address and are thankful that these cats are no longer suffering, no longer waiting for someone to come back and get them, or give them food and the OH SO CRITICAL water, which is free!!!! 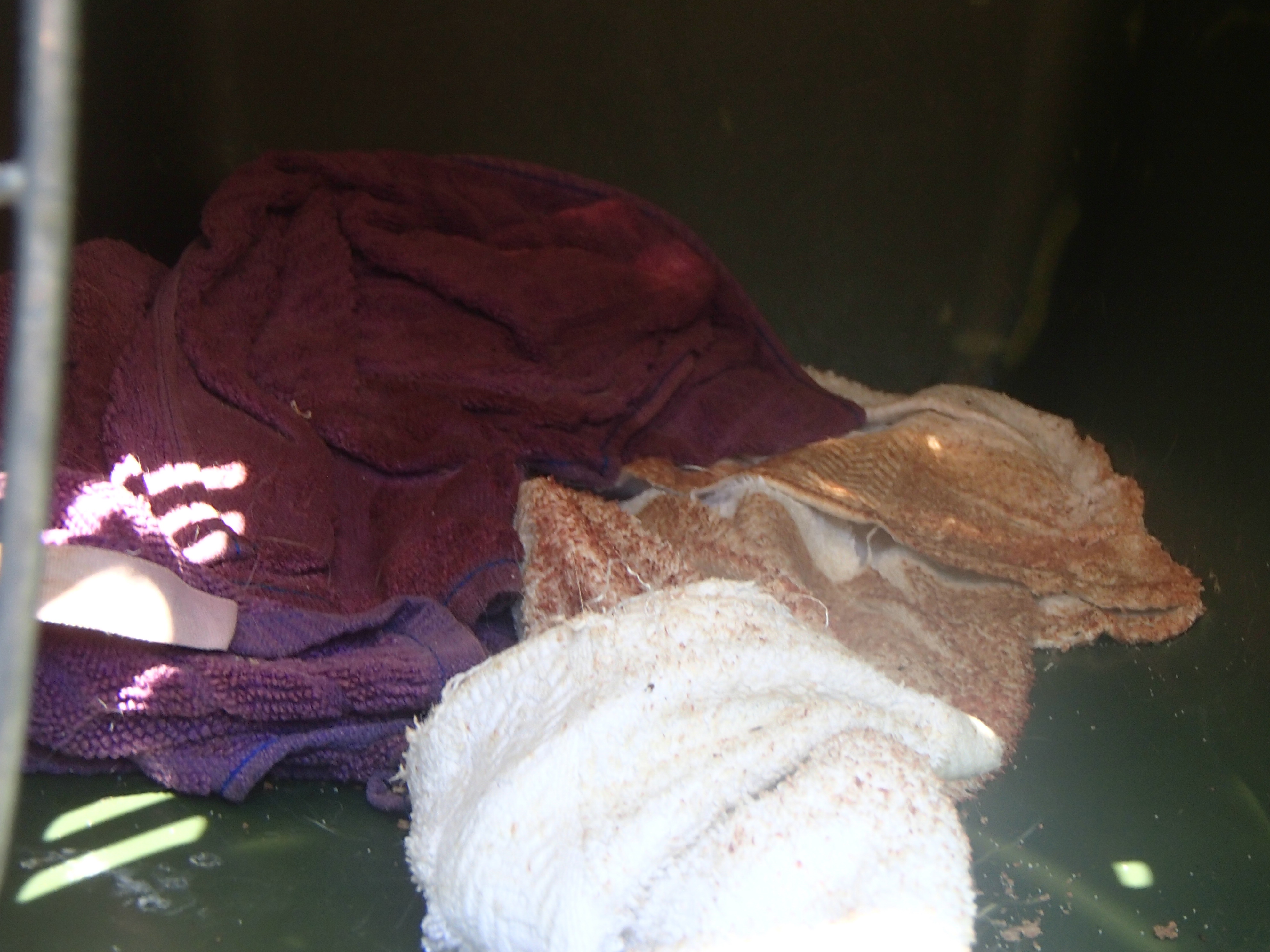 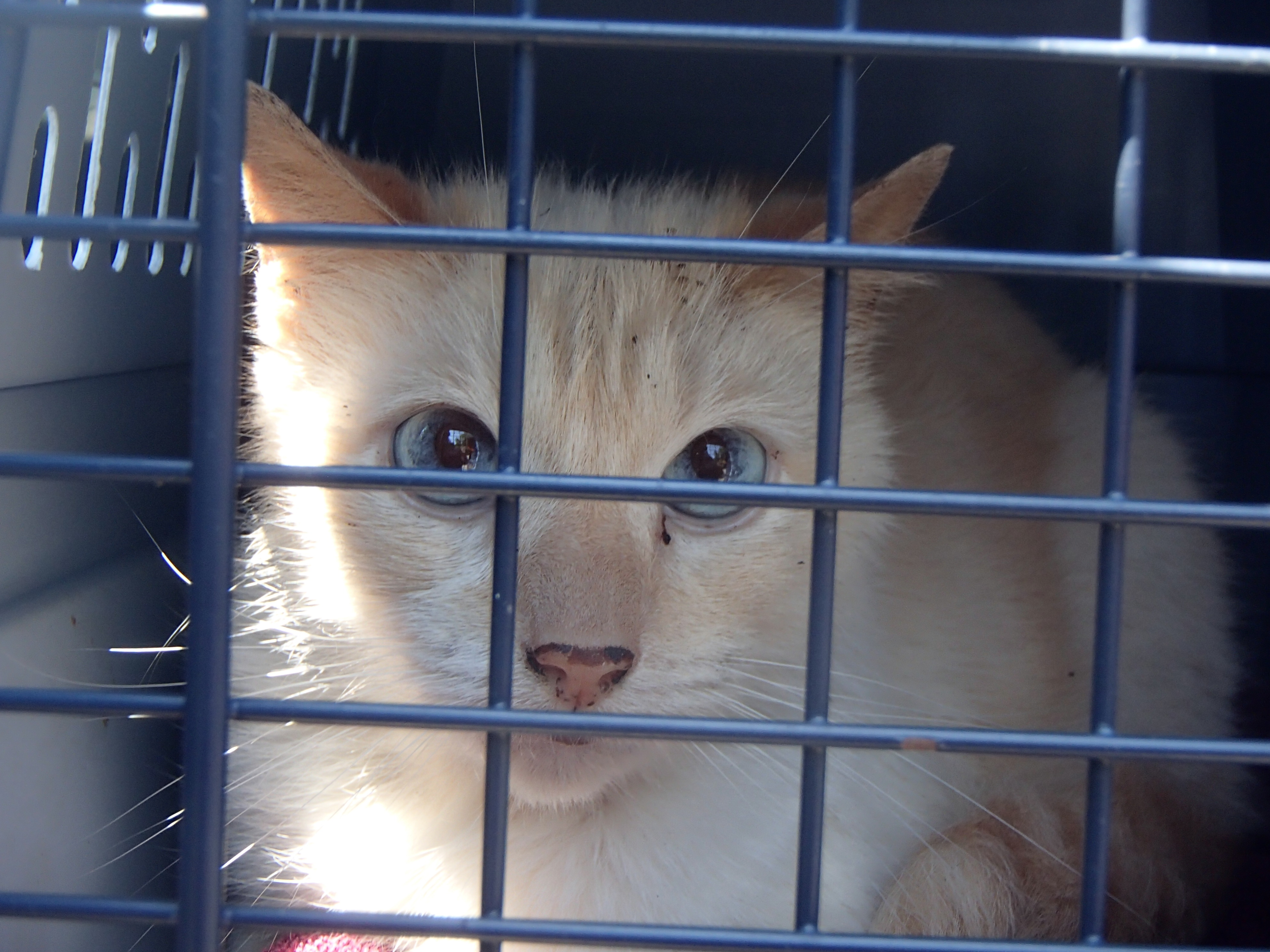 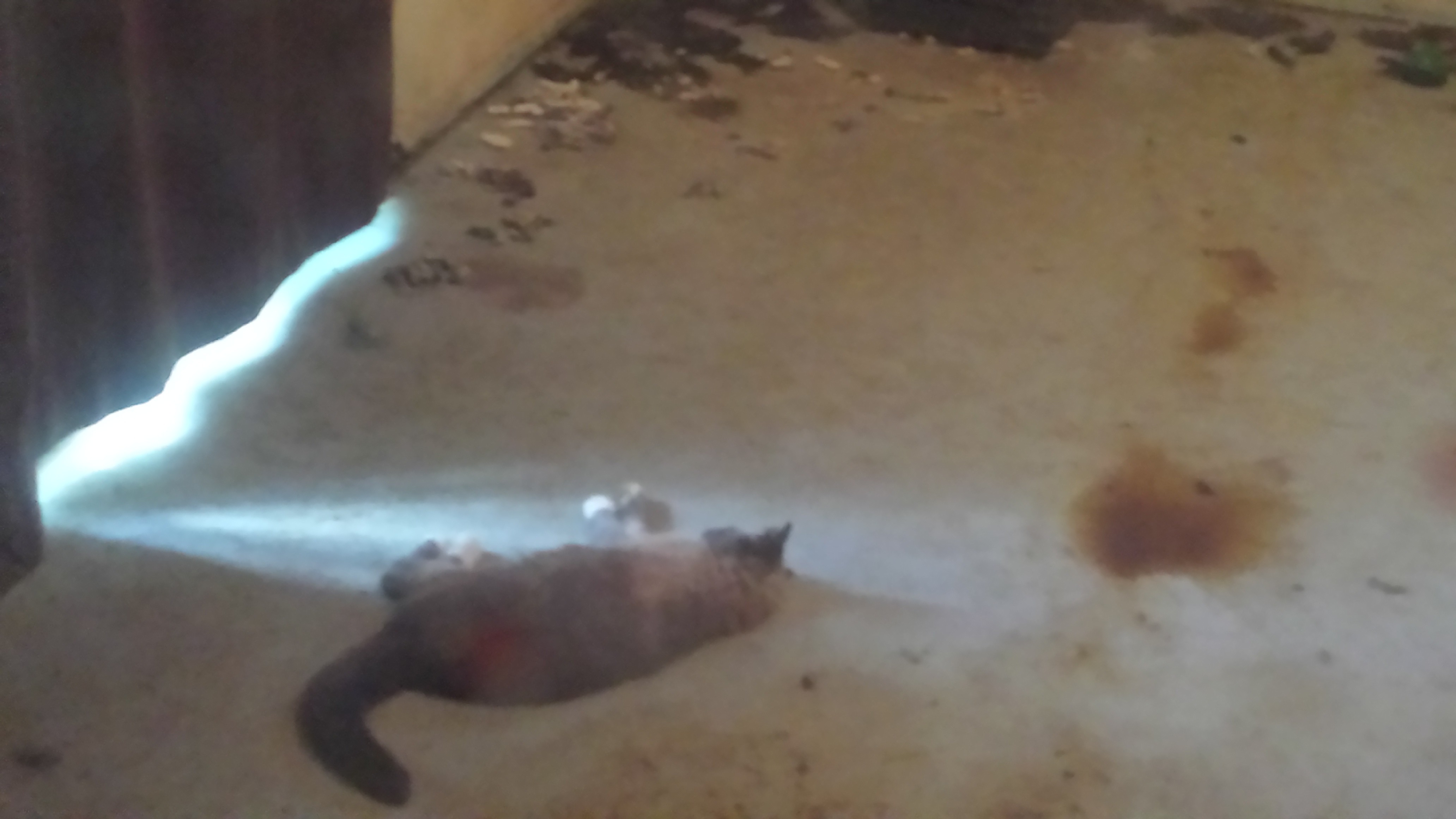 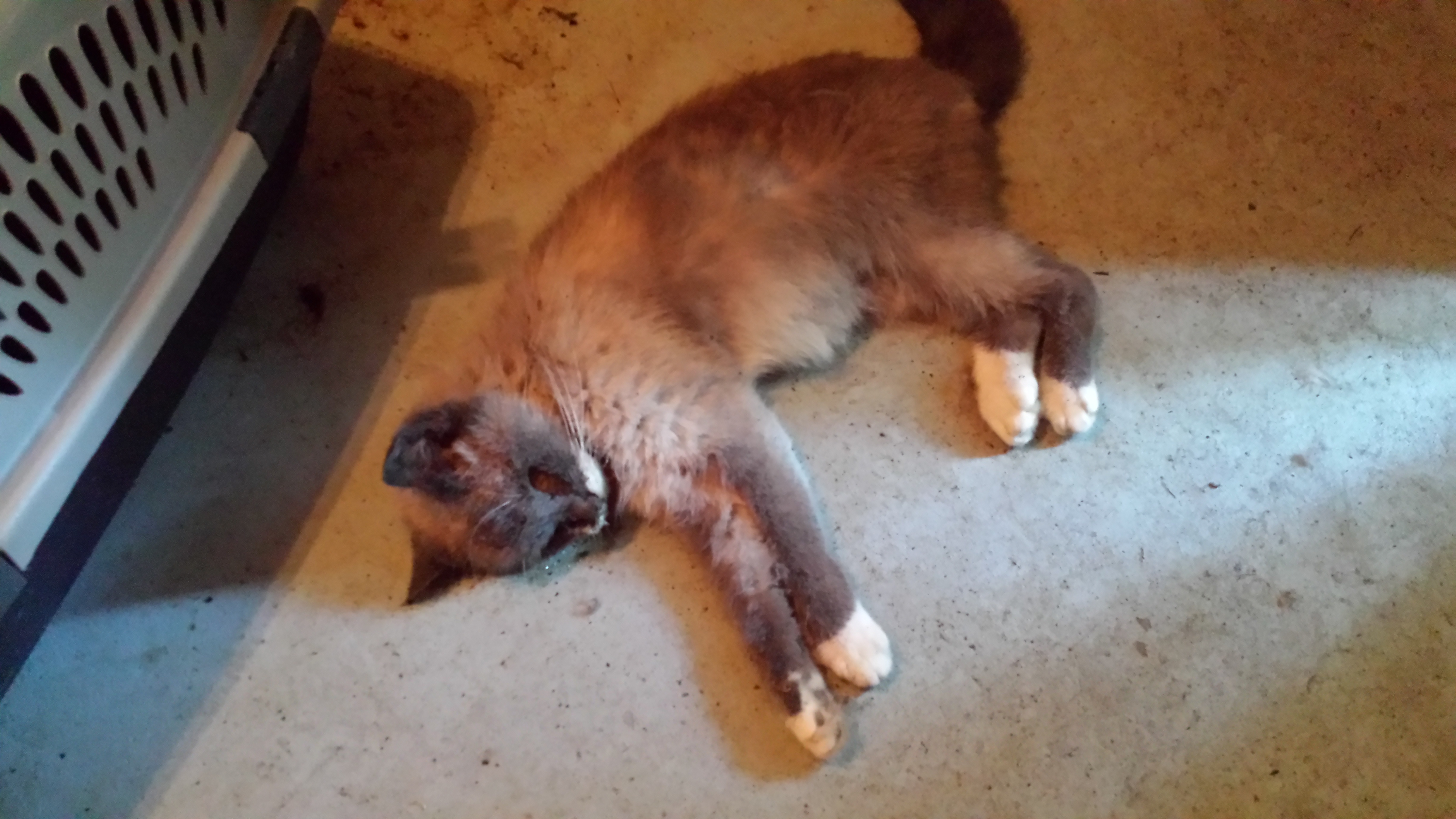