All the dogs needed to be fixed and vaccinated. Three female dogs and one large male dog, this could have been many “accidents” waiting to happen.

Samantha and her crew were transported to All About Animals Warren for their surgery in the ACN transport vehicle.

Once again, the big dogs were quite feisty with other dogs and not used to being in new places, therefore needed slow and careful handling by the transport driver and the veterinarian.

The timing on this was critical, not only could the female dogs have got pregnant, but two of them had uterus infections (hyrdometra and pyometra) which left untreated can be deadly.

The two female dogs had to be on antibiotics for two weeks.

PLEASE DO NOT WAIT UNTIL YOUR FEMALE DOGS HAVE A UTERUS INFECTION TO GET THEM SPAYED!!!

GET THEM SPAYED YOUNG TO AVOID HUNDREDS, THOUSANDS OF DOLLARS, EMERGENCY SURGERIES AND EVEN DEATH!!! 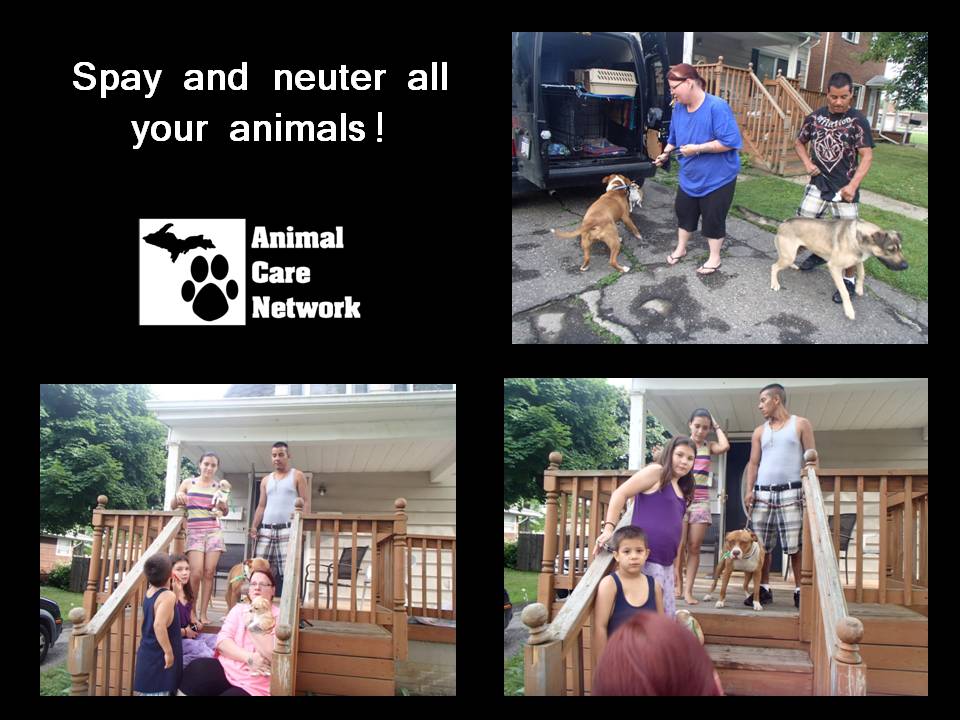 This condition is completely preventable. DOESN’T IT MAKE SENSE TO SPEND A LITTLE TO GET YOUR DOG SPAYED THEN TO SPEND HUNDREDS OR THOUSANDS LATER.

Every single day we hear, “we aren’t going to breed her”. WELL THERE IS MORE THAN ONE REASON TO SPAY YOUR DOG.