This is another very sad story that does not have a happy ending.

As all of us involved in rescue know, unfortunately we cannot always tell happy stories
and these sad stories need to be told as well, because they are true and real and
sometimes we just need to honor and remember these poor dogs and cats that have
suffered so greatly.

The ACN received a call about a small dog that had been injured and the owners
wanted someone to come and look at the dog, they had no money to take the dog
to the veterinarian. Who owned the dog was also questionable, there were several
different stories told by multiple people, one person even said they got the dog from
a rescue group. We were told that they had just got the dog and then told that
they had him for six months.

We responded immediately and were told they had let “Fluffy” outside and he came back
inside with a “cut” on his neck. We were told that this had just happened.

Upon entering the house, the smell of infection and gangrene overpowered us. Fluffy
was laying on the living room floor unable to move and was in a great deal of pain.
This was clearly not a recent injury, even though everyone in the household swore up
and down that it was.

To our horror and disgust we found a wound several inches thick which went around
more than half of his neck and back area. The hair was so matted into the wound we
were barely able to tell where it began and where it ended. The owners were reluctant
to give the dog up, we had to tell them that to avoid any trouble or animal cruelty charges,
their best option was to surrender him immediately so that we may get medical care
for him. This could have potentially been from some type of collar but it
was lower on the back area and this was beyond any embedded collar or chain that
we had ever seen. Fluffy was surrendered to us.

We gently wrapped the poor little guy in a blanket and immediately took him to the veterinarian. Our friends at the Michigan Animal Rescue League even committed to taking him and covering his medical costs. Once in our hands, he tried to wag his little tail as if to say thank you, even though he was in excruciating pain and the infection was beyond bad.

After a complete examination and veterinary consultation, we were informed that Fluffy’s
injury was very old and the infection had spread to his entire body, his vitals were bad,
his blood work was bad and his color was bad. The chances of him making it through
the surgery was even worse. Sadly little Fluffy was humanely put to sleep by loving
hands and tears were shed for him.

Many of you will ask if the owners will be charged with animal cruelty. In many cases
like these the question is “who is the owner?”. We have tried to prosecute in some of these
cases but have never won because of that question. Often times, it is always someone else’s
dog, there is no proof of ownership and no vet paperwork or otherwise on these poor animals.

So the best thing that we could do in this case was to get Fluffy surrendered and do what was best for him.

Rest in peace little guy. May your tail be wagging in full force in heaven and may you never
hurt again. 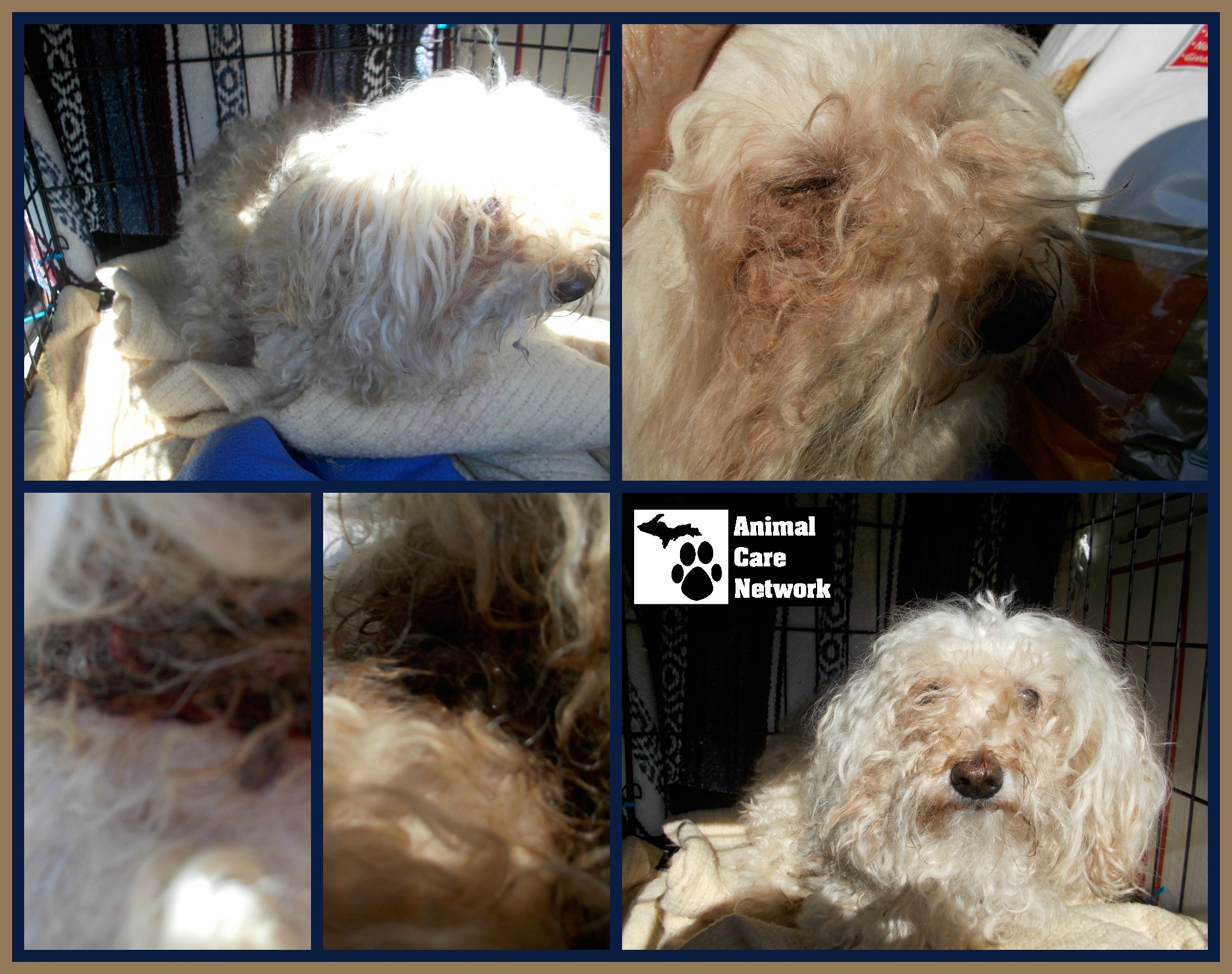