A mom and daughter cat were left in a house when the owners moved, they probably hadn’t eaten or drank in days. The landlord then proceeded to let them outside during the first cold spell and someone then locked them in a shed. Concerned neighbors called ACN and we responded immediately and rescued them both. We weren’t sure if they would be hard to catch but when we opened up the canned food, they came running. They were so thirsty they both drank water like a dog would. Lap, lap, lap.

Two other cats right around the corner were also abandoned when their owners moved and left them outside. The female cat had kittens which were rescued by one of our look outs in the neighborhood. They were having a hard time catching the mom and dad so requested live traps. One of the cats had already been attacked by a stray dog in the neighborhood and people were throwing things at them when they were getting in the garage looking for food. Not a safe neighborhood for these poor animals trying to survive.

Only one trap was available this day, but these two adult cats were so cold and so hungry they went in the trap together almost immediately. Both of them had frostbite and wounds.

These cats were all taken to a local animal shelter where they are safe, warm and fed!!

A big thank you to our community “look outs”!!! 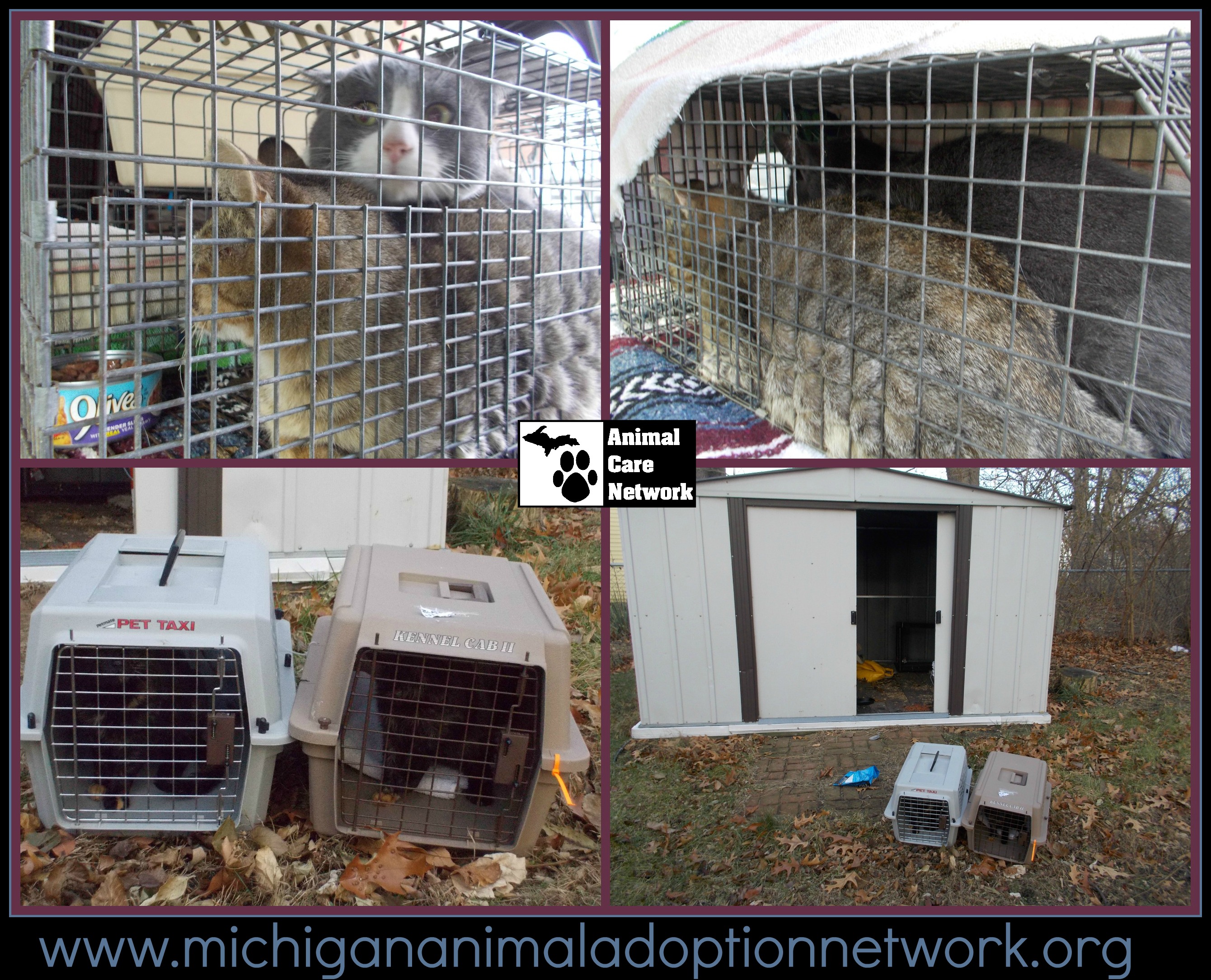