Please meet Blizzard (previously Oreo) his name has been changed to protect the innocent and he deserves a new name and a new life.

Blizzard was rescued by Dawn and Sue who went above the call of volunteer duty by venturing out ALL DAY in Sunday’s (January 5, 2014) winter blast.

The Animal Care Network had been checking on Blizzard for nearly two years. With so many addresses on the list that day, Blizzards address was added at the last minute..thank God.

The teams try to get to as many addresses as possible but
as you all know in animal rescue and welfare, there is always an overabundance of outdoor dogs and cats to check on. All of us volunteers and animal welfare people are constantly feeling guilty about the dogs and cats we didn’t get to, but what is important is the ones that we DID get too.

Blizzard was that one dog that day. Sue and Dawn did not feel that he would have made it thru this artic blast so they diplomatically urged the owner to surrender him. Of course the owner had to call so and so and check with the cousin or the nephew, so they left and said they would be back.

Upon their second visit, Blizzard was surrendered, holding his frostbitten and red feet up, bones showing, but as happy as could be to go with Dawn and Sue.

Blizzard is doing well, upon veterinary consultation he is being fed small meals several times a day. His feet and legs are now fine, but will always have the scars from living outside for so long. Actually once settled in to his temporary foster home the first night, he was more thirsty than hungry. These poor outdoor dogs treat water as a delicacy. The sound of a cold, dehydrated, thirsty dog drinking water is music to our ears because we know how crucial it is to their survival and how much they love a nice drink of water.

Blizzard is a male pit bull at least two or three years old and has lived his entire life in a backyard on a chain. Right now he weighs 46 pounds but when his weight is gained back will be around 65 or 70.

We are looking for a foster home for Blizzard, where he can stay until he gets healthy, gets neutered and gets adopted.

He is still being evaluated in his current foster home so we will have more details for you if you are interested in fostering or adopting him. 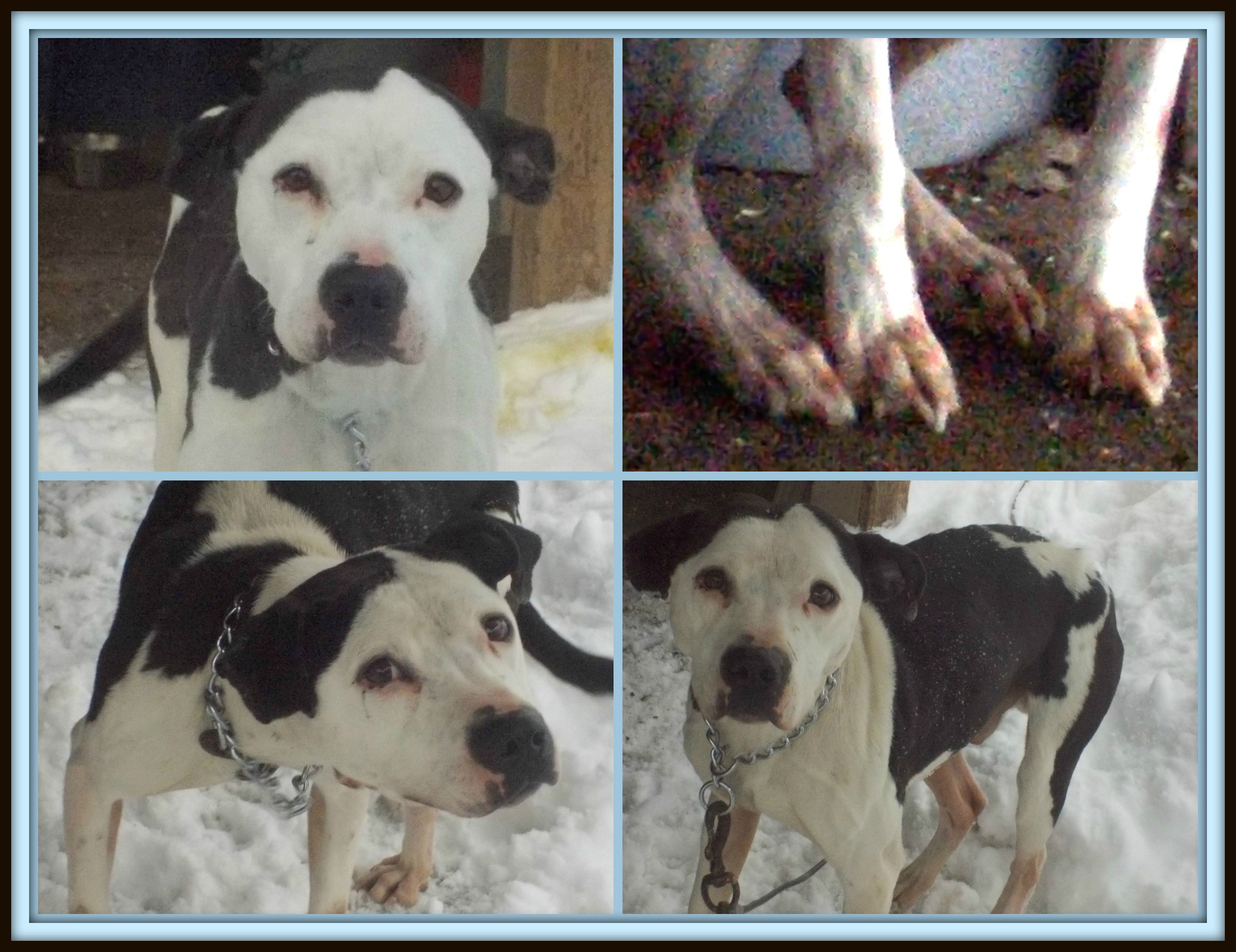