Here is another story in honor of February Spay/Neuter Awareness Month.

Once again, the Animal Care Network’s persistence and unwillingness to give up pays off!!

ACN volunteers had been visiting this address for years, seeing litter and litter of puppies being given away and sold. We had attempted to get the two adult female dogs fixed, but the owner’s never followed through and never called back. BUT WE DO NOT GIVE UP.

These two “backyard” dogs were not always in good shape, but the owners would not give them up, animal control had intervened several times, the dogs had shelter, some straw and food and water bowls, so they were also unable to confiscate the dogs. These two girls were six and nine years old and still in jeopardy of getting pregnant.

Animal control had told the owners they had a short time period to get these dogs updated on shots and get their dog licenses and they would be following up. Well ACN jumped on that and offered free spay and vaccines and also transportation to the veterinarian. They finally agreed!!!

The two dogs were picked up and transported to All About Animals Warren, being that they were older and lived outside All About Animals was kind enough to keep the dogs overnight to recover they looked like they had been around the block a million times, sagging from previous litters and their skin and fur worn and dirty)

Of course, these dogs always appeared to be aggressive on the chain in the back yard if they didn’t know you, but were just as nice as can be when being transported and at the vet.

Miraculously, someone donated two large dog crates the same day the girls were at the vet, so these crates were taken over to the owners house with big blankets, so that they can be inside during this cold weather not just to recover but to just be inside!

The doghouses were repaired and put on pallets and filled with straw.

Considering their age, a uterus infection and many litters later,
both dogs healed and recovered wonderfully and we check on them regularly. They look better and healthier than they ever have in the years we have been working on this address. They have both gained weight, their coats look better and are being brought inside when too cold.

And as always great teamwork with the volunteers, Animal Control and All About Animals.

The Animal Care Network and participating veterinarians have older and senior dogs and cats fixed for pet owners safely all the time!! 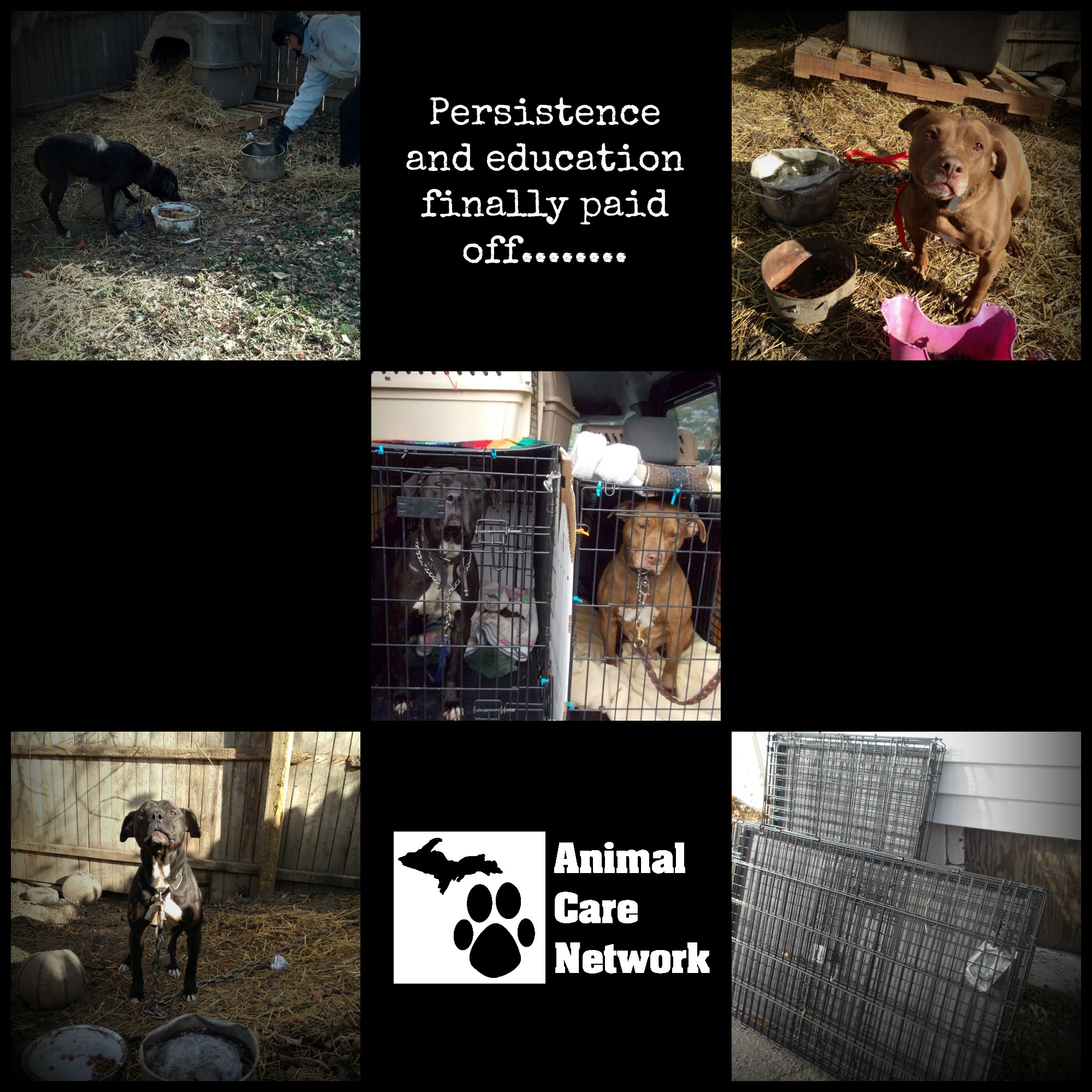