It never ceases to amaze us the abuse, neglect and cruelty that is shown to some dogs and cats.

Why, why do people move and abandon/leave their dogs and cats behind, some inside vacant homes, some chained outside and some just “let go”. What do they think is going to happen to them or do they not even think about it at all. How do they think they will survive or do they just not care? Is it so difficult for an owner to take the animal to a local shelter or call animal control or a rescue group.

We tell these stories all the time and we will never know why people do this, if concerned neighbors and friends don’t notify animal welfare groups, many of these animals would starve and freeze to death, and many do.

When there are so many resources available, especially in our target area, there is NO EXCUSE for this. There are three local animal shelters and rescue groups that would pick these dogs and cats up, free of charge. For some reason that does not matter, because we run into these situations every single week.

This is a story of three wonderful cats that were left in a feces urine filled cage on the front porch when the family moved out. They also left some cat food in a bag next to the cage. How considerate huh? Yet they forgot to call or ask someone to call an animal welfare group to pick them up. To top this off it was below zero this week. The neighbors just assumed the people were coming back for the cats, but two days later, were horrified to see the cats were still out there.

The neighbor took them inside her house and called ACN. We responded immediately. They were soaking wet from urine and literally had small icicles that formed on their fur.

These poor, poor cats were starving and extremely thirsty. We have no idea how they survived those two freezing nights, soaking wet. They must have just huddled together to keep warm.

We rushed them right over to the Michigan Animal Rescue League who thankfully made room for them at their already crowded shelter. The staff gave them nice warm baths and dried them off and they were as happy as could be in a nice warm cage, with a soft bed, food and water.

These guys have since been vaccinated, tested, spayed and neutered and are available for adoption along with over 80 other awesome cats at the Michigan Animal Rescue League.

We must always thank the concerned neighbors, friends and utility workers that alert animal welfare groups to situations like these.

That one call saved the lives of these three cats that would have froze and starved to death.

Thank you Michigan Animal Rescue League once again for your continued support and willingness to help these guys! 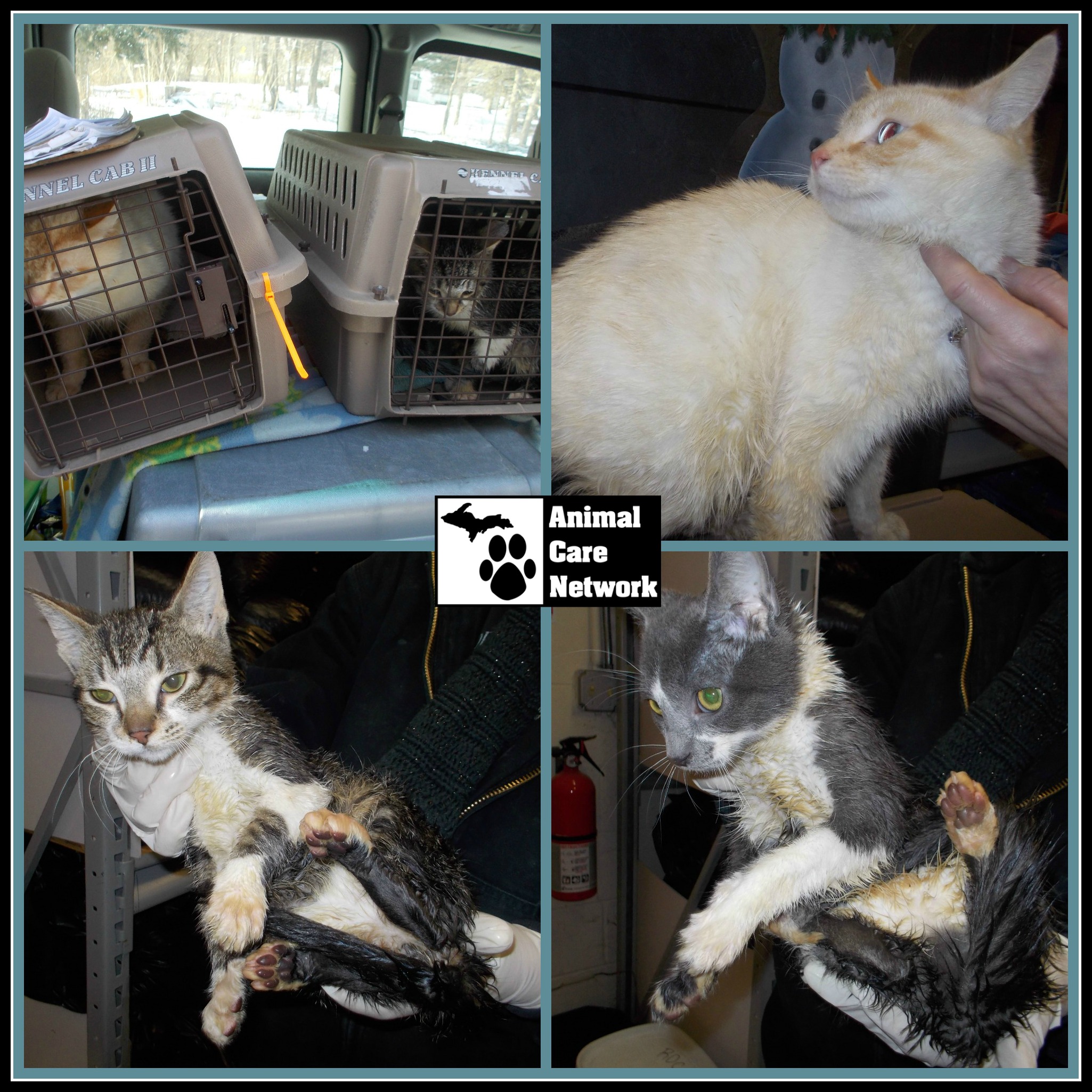