This is what can happen when you leave your animals unattended.

The ACN received a call to get a female pit bull spayed so we made an appointment for the owner through one of our spay neuter programs.

The morning of the appointment the owner called and said that her dog was stolen the day before. The dog was tied outside in a bad neighborhood and left unattended.  Sadly in our target areas, many dogs and cats are stolen by people who do not have good intentions.

A few days later, ACN received a call to pick up a dog that was found in that same area, but taken to another area of town.  ACN sent a volunteer to pick up the dog right away, by the time she got there, she was greeted by a large group of “not so nice” people that were lining up for this friendly female pit bull.

They became very aggressive with the volunteer and would not let her take the dog and took off with her.  They were lying and stating that they knew who the owner was and were going to take “Bella” back home.  Of course as we found out this DID NOT HAPPEN.

So this is what happens, we respond to pick up a dog and then get resistance, aggression and threats from animal abusers that lie and  take off with the innocent dog with NO GOOD INTENTIONS!

People in our target area just continue to find nice dogs, otherpeople’s dogs and just take it upon themselves to keep them, relocate them to someone’s back yard or garage to abuse and neglect.  It is disgusting.

Here is poor Bella two weeks later, found dead in a garage in yet
another neighborhood.

Who knows what she went through in the two weeks between when
she was lost/stolen and when she was found dead. 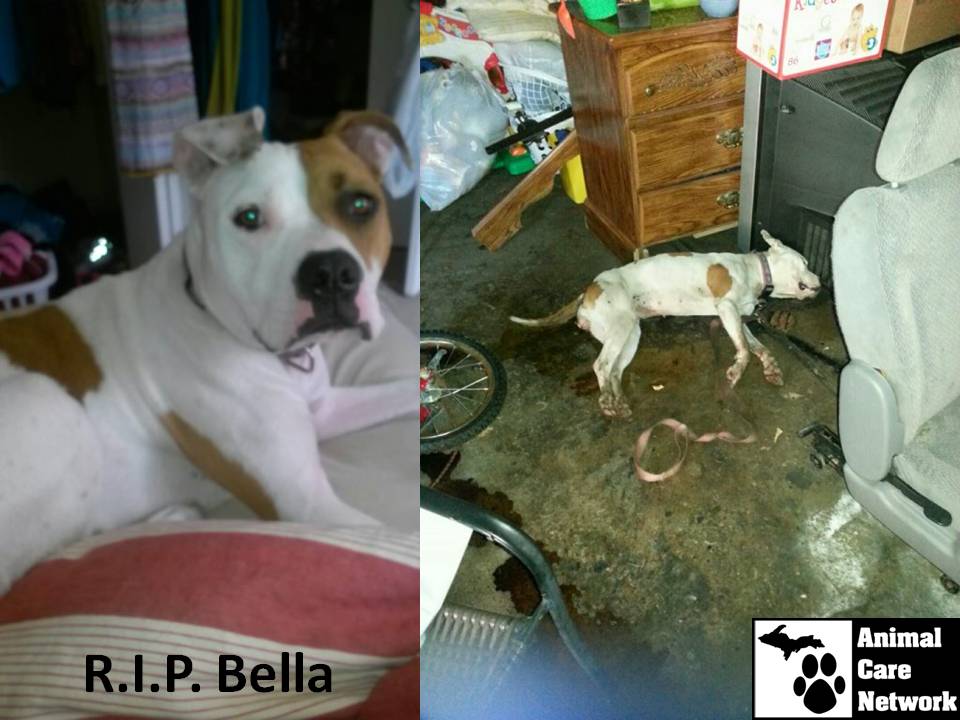