Since is it not against state law for dogs to live outside,  chained up 24/7, many times the Animal Care Network teams just have to attempt to educate the owners and make the situation better.

These three backyard dogs were living just under the letter of the law, they had shelter and their weight was not terrible. They were visited by animal control several times and told to get their shots updated and advised to get them neutered. Two of them kept getting
into scuffles with each other. Given their lifestyle they are not the friendliest guys in the world either.

So we worked on them and worked on them, the female owner agreed to get them all fixed, but the male in the household was extremely resistant and it took forever to change his mind, but we did!

The owners also listened to us and kept the dogs inside after surgery to recover and heal.  Wishful thinking, yes, but we all know they would end up back outside.  That is just the way it is.

So all three of these guys are now neutered and six months later look much healthier and are much less aggressive.  We also gave them three new doghouses to replace the rotting, leaking wooden ones.

Last weekend we checked on them and the owner even had them inside the house because it was so cold, so we think that is a step in
the right direction.  Because of the fact that they got the dogs all neutered, they qualify for our food assistance program when  they need help with food.

We will continue to monitor these guys! 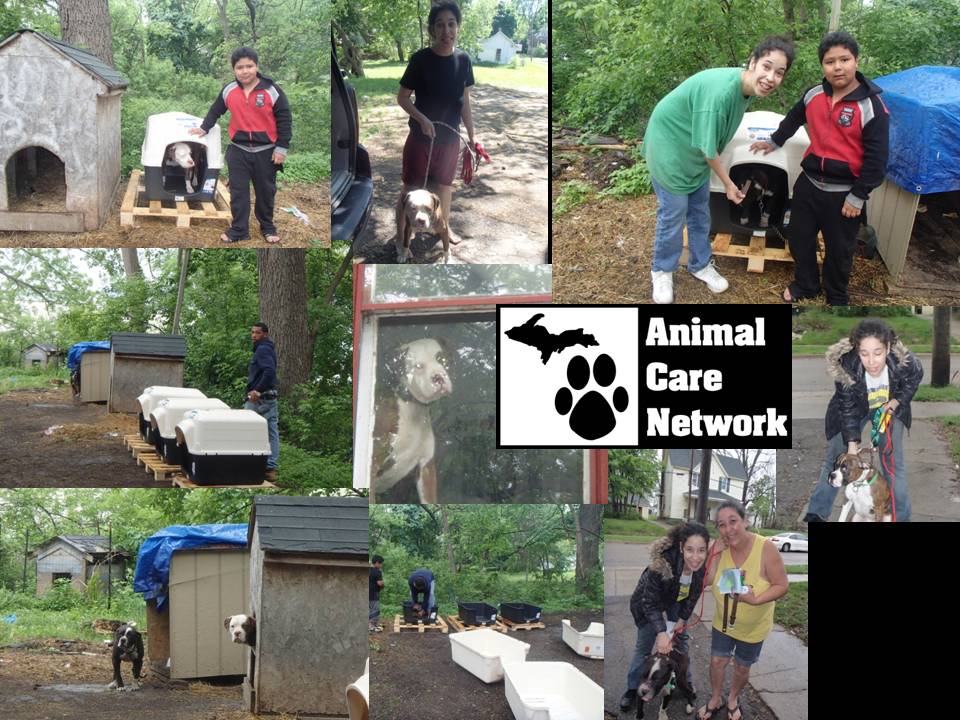