The Animal Care Network volunteers had seen Jake often running the streets in the same neighborhood.  We were told that his owners had moved and left him behind, so he was always on the streets looking for food or looking for a female dog to impregnate.  We were also told that he got three female dogs pregnant on the same street (another project that is).

After months and months of trying to catch him with no luck, he would go over and under anything in his way and run like the wind when approached.

Well one day he wandered into someone’s garage and they closed the door!  We were able to rescue Jake without incident now that we had him in a closed area.  He was definitely abused and beaten and is terrified of men, but he loves other dogs and was so excited to get probably his first toy (squeaky soccer ball). He plays with it forever!

Jake is in a foster home and is learning to trust humans again.  He must be kept on a cable at all times because his first instinct when nervous or scared is to bolt. 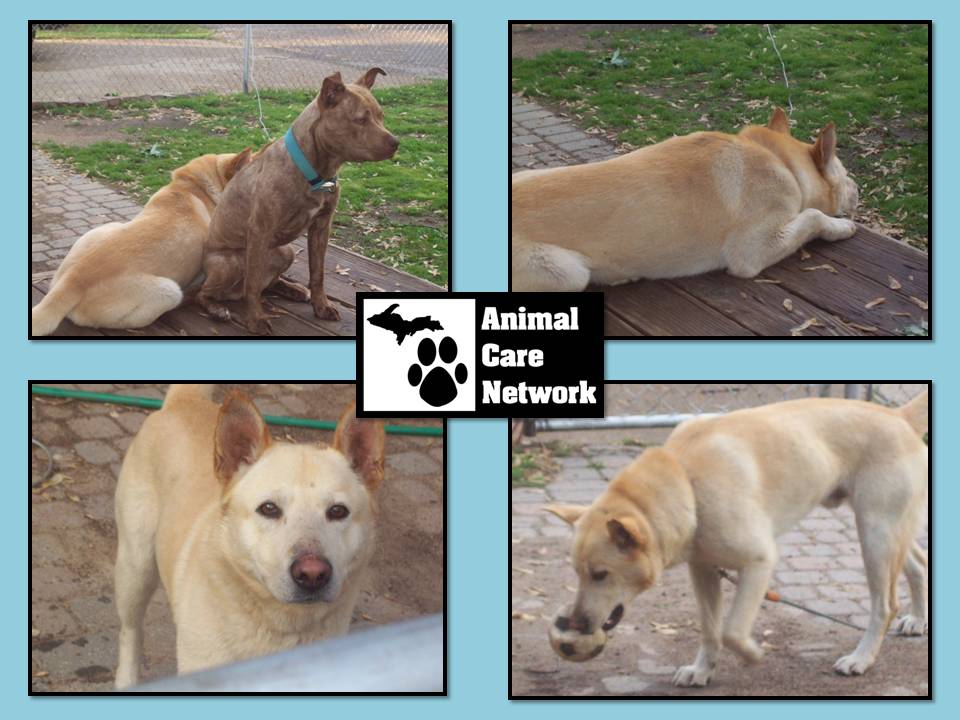